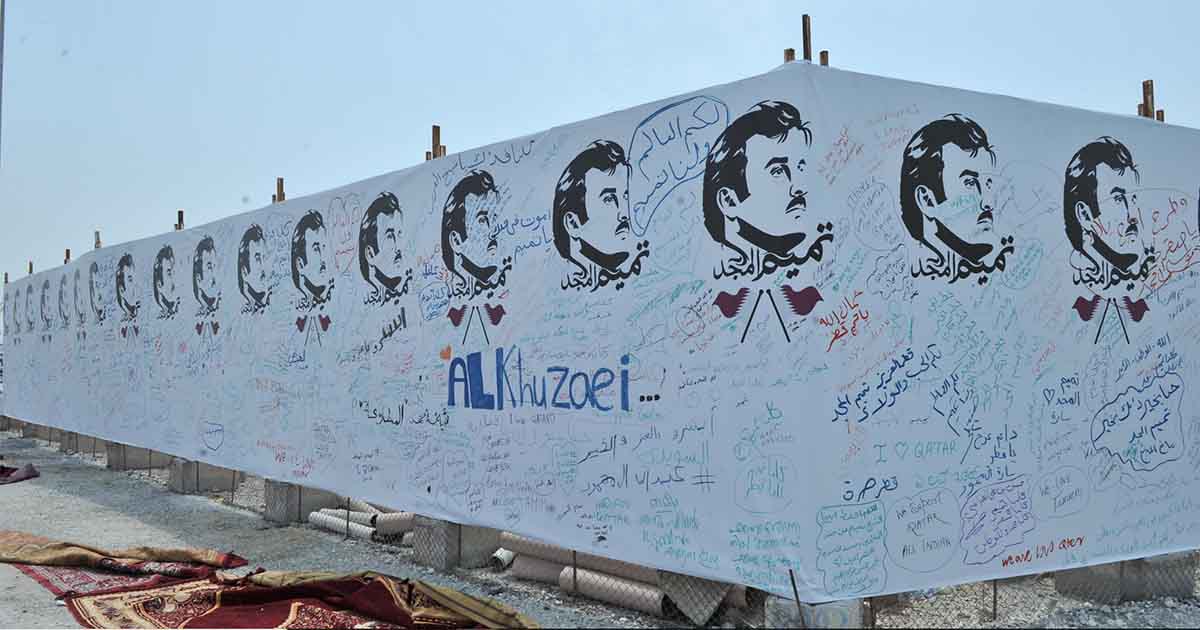 After the recent attack on Saudi oil vessels and increased drone attacks from Houthis, Saudi Arabia looks for a way to work things out with Iran and Qatar is just the right option to look at.

King Salman has blasted Iran for its naked display of aggression in the region and termed the nuclear and missile program of the country as the biggest threat for global peace. In an urgently called meeting of Gulf Cooperation Council in the city of Mecca, King Salman said, “This is naked aggression against our stability and international security.

Iran has recurrently stated that it does not want war, nor it can afford one and indirectly the United States has hinted the same.

Recent criminal acts require that all of us work seriously to preserve the security of GCC [Gulf Cooperation Council] countries.” It was the objective of bringing the entire GCC to one single page that Saudi Arabia invited Qatar to be the part of the meeting despite having imposed an economic and strategic blockade against Qatar for nearly past two years.

King Salman referred to the attack in on four oil vessels which came under attack at Fujairah, two of which belonged to the Saudi Arabian State Oil company Aramco. Though the investigation so far can not conclusively pinpoint the real perpetrators, Riyadh is certain that it was an act carried out by outlaws on the discretion of Tehran.

Due to a limited set of options, Iran is expected to use its proxies in the middle east to target the assets of the United States and its Arab allies to push for a solution to the ongoing standoff.

In exchange of multi-billion-dollar military arms procurement contracts, Saudi Arabia was under the impression that Donald Trump would do its bidding against Iran. The plan did take effect when the United States pulled out of Iran’s nuclear deal once again exposing its economy vulnerable.

King Salman has blasted Iran for its naked display of aggression in the region and termed the nuclear and missile program of the country as the biggest threat for global peace.

But gradually, after the deployment of additional troops and military equipment and Fujairah incident, when the events started to shape the scenario for another armed conflict, Donald Trump pushed for de-escalation. Instead, the United States announced to sell Saudi Arabia more weapons which experts doubt serves nothing more than increasing the stock prices of the U.S arms companies.

Eventually realizing that Saudi Arabia has to take a stand on its own, it called for a GCC meeting in Mecca, inviting Qatar as well which has had relatively cordial ties with Iran over the years. It is pertinent to mention here that Saudi Arabia along with other three countries Egypt, Bahrain and the United Arab Emirates have imposed a land, sea and air blockade over Qatar.

Interestingly one of the primary reason for enacting the blockade was Qatar’s close ties with Iran, a deviation from the unanimous policy adopted by rest of the Middle East countries. Since it has been established that Qatar cannot be forced to back away from its categoric stance vis-à-vis its foreign policy, Riyadh will be hoping to work out the situation for its favor via back door negotiations using Qatari contacts in Tehran.

Read more: Breaking the ice between Qatar and other Arab countries

Though it has not been officially established, reputable news outlets reported that Qatar’s foreign minister Sheikh Mohammed bin Abdulrahman Al Thani visited Iran in the second week of May.

The plan did take effect when the United States pulled out of Iran’s nuclear deal once again exposing its economy vulnerable.

Due to close ties between the United States and Qatar, it is obvious that the former knew of this development and to a certain extent would have endorsed it as well as the underlying reason was the de-escalation in the Persian Gulf.

Qatar has a unique geostrategic standing where it can work out the matters between countries like the United States of America and Iran, adversaries who have repeatedly threatened to wipe each other off the face of the earth.

Iran has recurrently stated that it does not want war, nor it can afford one and indirectly the United States has hinted the same. Now that every stakeholder is wanting the matter to cool down, the threat of armed conflict in the Persian Gulf is wearing off.

Which “friendly nation” is Qatar hinting at in Matra Super530 missile seizure in Italy?

Frustrated Trump orders US forces to shoot down Iranian ships