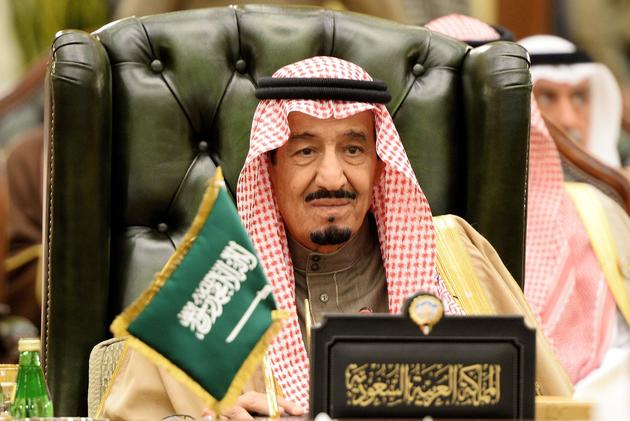 There is a fresh wave of sociopolitical change in Saudi Arabia where the king’s son, Mohammed Bin Salman, is certain to make his way. The young crown prince has given a positive gesture to the world by promising to ‘bring moderate Islam’ in the Kingdom.

Saudi Arabia is alleged to be the financer of sectarian violence in the Middle East and beyond, and also the staunchest guardian of Wahhabism. Mohammed’s remarks and efforts to pave the way for moderate Islam have been warmly welcomed by the world and particularly by the US President Donald Trump.

Moreover, Prince Mohammed, the strongest man in the Kingdom, has made dramatic changes within the regime. Mohammed ordered an anti-corruption body to arrest 49 of the most powerful men of the kingdom. Those who have been arrested included Mohammed’s princely cousins and most prominent businessmen.

Saudi Arabia has also played her role in shaping politics of neighbouring states. But despite her crucial role in ‘other’ states, it kept its internal order unshaken.

Some analysts view Mohammed’s presence on the stage a good omen for the politics and sociology of Saudi Arabia because of his moderate religious views and economic ambitions. The prince has made it possible for women to drive and get mixed with men in sports stadiums. But some serious political analysts place the current events in a larger political framework in order to understand the future of the prince and his Kingdom.

Crown prince Mohammed is taking all key posts and removing ‘others’ to gain a permanent and absolute control. He is currently focusing on one branch of the family to empower it—and that is his own family; his father, brother and his own allies.

The removal of the Prince Miteb—son and close adviser of Salman’s predecessor, the late King Abdullah — as head of the National Guard and the arrest of the kingdom’s richest man, Alwaleed bin Talal, has made it clear that Mohammed is not going to spare anyone threatening his position.

It is important to note that in the Saudi system, power has been passed to the sons of the founder of the modern Saudi kingdom, known as Ibn Saud, since his death in 1953. That made the king more primus inter pares, argues Elliott Abrams, than the absolute monarch. “One king was removed by his brothers (Saud, in 1964), and the system has permitted fiefs: The late King Abdullah was head of the National Guard for decades, and his son Miteb bin Abdullah took it over after his death.

In Saudi Arabia, there has always been an informal power-sharing agreement between leading princes, tribal chiefs and clerics.

But Mohammed has made up his mind and is now moving towards his destination, an absolute monarchy. In Saudi Arabia, there has always been an informal power-sharing agreement between leading princes, tribal chiefs, and clerics. This helped the ruling family in Saudi Arabia to maintain its supremacy and control without facing any disruptive social movement.

But seemingly prince Salman is not happy to go with this decade-old (informal) system of power-sharing and is making efforts to alter it with his own idea of political centralization. Here the most important question is that how will this seismic shift from a loose monarchy to an absolute one, affect the socio-political dynamics of the Kingdom?

Saudi Arabia is alleged to be the financer of sectarian violence in the Middle East and beyond, and also the staunchest guardian of Wahhabism.

The Middle East has seen political instability and bloody revolutions in recent times. Saudi Arabia has also played her role in shaping politics of neighboring states. But despite her crucial role in ‘other’ states, it kept its internal order unshaken. The crown prince’s desire for total power will, however, probably lead the Kingdom towards internal unrest which may ultimately trigger a civil war.

NY Federal reserve: racial disparities in the US for COVID-19 aid

With US pullout, Afghanistan faces messy free-for-all for influence