As Saudi Arabia battles coronavirus, it has decided to limit the Hajj to fewer pilgrims of different nationalities already residing within the country. This is the first time international pilgrims will not be allowed to participate in Hajj. 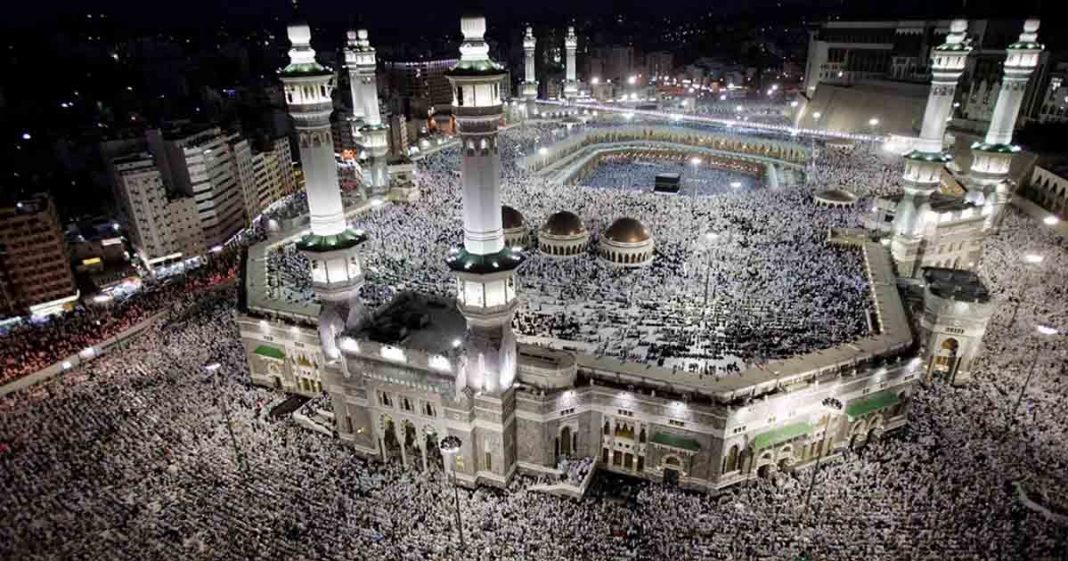 Muslims expressed disappointment Tuesday at Saudi Arabia’s decision to scale back this year’s hajj pilgrimage, but many accepted it was necessary as the kingdom battles a major coronavirus outbreak.

Riyadh said Monday the hajj would be “very limited” with only pilgrims already in the country allowed to perform the ritual, marking the first time in modern Saudi history that foreign visitors have been barred.

The move had looked inevitable for some time and several countries had already pulled out, but the announcement nevertheless added to disappointment for Muslims who invest huge sums and face long waits to go on hajj.

“My hopes of going to (the holy Saudi city of Mecca) were so high,” said Kamariah Yahya, 68, from Indonesia, the world’s most populous Muslim nation, which had already barred its citizens from the hajj earlier this month.

“I’ve been preparing for years. But what can I do? This is Allah’s will — it’s destiny.”

Read more: Limited Hajj to be held this year due to coronavirus: Saudi state media

A full-scale hajj, which last year drew about 2.5 million pilgrims, was unlikely after authorities advised Muslims in late March to defer preparations due to the fast-spreading disease.

#Statement issued by the Ministry of Hajj and Umrah regarding Hajj of 2020 pic.twitter.com/UGCShFZw1n

A group representing about 250 companies in Indonesia that organise Saudi pilgrimages said it understood that the five-day event, scheduled for the end of July, would be “too risky” at the moment.

But Syam Resfiadi, chairman of the Union of Hajj and Umrah Organisers, told AFP some of his group’s members had “started laying off employees or even shutting down their operations — they’ve had no income for months”.

A must for able-bodied Muslims at least once in their lifetime, the pilgrimage sees millions of people pack into congested religious sites and could have become a major source of virus transmission.

Many disappointed by Hajj being limited

Shahadat Hossain Taslim, head of a group representing Bangladeshi hajj travel agencies, said “many people will be shattered” by the decision but it was for the best.

“Unlike other countries, the majority of Bangladeshi pilgrims are elderly people, and they are vulnerable to COVID-19,” he said.

In neighbouring India, the minister for minority affairs said more than 200,000 people had applied to go on hajj in 2020, and they would receive a full refund of any money deposited for the pilgrimage.

Malaysia on Thursday pulled out of the annual Islamic pilgrimage to Mecca over coronavirus fears days after neighbouring Indonesia, the world’s biggest Muslim-majority nation, also withdrew. Malaysia pulling out of Hajj is a troubling development, and may throw Hajj 2020 in the doldrums, as the two more established Muslim powers have withdrawn their citizens from the pilgrimage.

Religious Affairs Minister Zulkifli Mohamad Al-Bakri said it was not safe for the 31,600 pilgrims from Malaysia who had been due to go this year to take part due to the virus.

Read more: Malaysia pulls out of Hajj due to coronavirus fears

“This was a heavy decision to make,” he said, adding that those affected would be able to go on the hajj next year instead.

Ministry of Hajj: Hajj 1441H Is Decided to Take Place This Year with Limited Number of Pilgrims from All Nationalities Residing in Saudi Arabia. #hajj2020 pic.twitter.com/WLMkGzTNOR

The hajj ministry in Saudi Arabia, where virus cases have surpassed 161,000, has said the pilgrimage will still be open to people of various nationalities already in the country but did not specify a number.

The decision will likely appease domestic pilgrims but it prompted renewed questions about Saudi Arabia’s custodianship of Islam’s holiest sites — the kingdom’s most powerful source of political legitimacy.

A series of deadly disasters over the years, including a 2015 stampede that killed up to 2,300 worshippers, has led to criticism of the kingdom’s management of the hajj.

Mohamad Azmi Abdul Hamid, from charity the Malaysian Consultative Council of Islamic Organizations, said Muslim nations should have been allowed to take a “collective decision”, rather then it being left to Riyadh.

“It’s high time (the holy cities of Mecca and Medina) are managed by an international board represented by Muslim countries,” he told AFP.

Despite the disappointment, some Muslims were already looking ahead to 2021 and hoping they would be able to perform the pilgrimage then.

“I’m still hoping to go on hajj next year, and pray that I’ll stay healthy until then,” said Yahya in Indonesia.