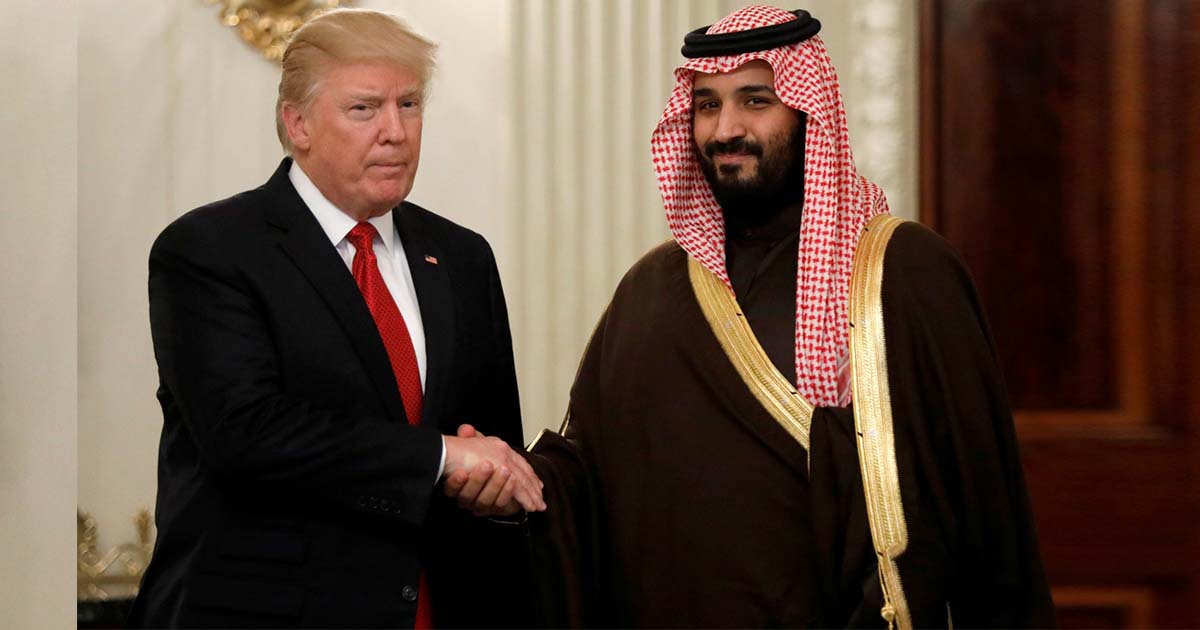 Saudi Crown Prince Mohammed bin Salman has blamed Iran for recent attacks on oil tankers in the Gulf and called on the international community to take a “decisive stance” against Tehran.

In an interview with the Saudi-funded newspaper Asharq Al-Awsat on Sunday, bin Salman unleashed criticism against Iran and its proxies for triggering violence in the region.

On Thursday, two oil tankers were attacked in the Gulf of Oman near the Strait of Hormuz while setting off from oil-rich Arab Gulf countries en route to the far east.

The attacks came one month after four vessels, including two Saudi oil tankers, were sabotaged off the coast of the United Arab Emirates (UAE).

Washington said Iran was behind the attacks on oil tankers in the Gulf, an accusation denied by Tehran.

The evidence of Iran’s attack on the ships is strong.

We should be leading an international effort to protect the seas and reduce the risk of conflict.

Instead, Trump policies have left us isolated, and the region unstable.

The maximum pressure campaign has failed.

The attacks “underscore the importance of our demands for the international community to take a decisive stance against an expansionist regime”, bin Salman said.

He said the Iranian regime “has supported terrorism and spread death and destruction over the past decades not only in the region, but the whole world.”

The Saudi crown prince went on to reiterate his support for the re-imposition of the US sanctions against Iran.

Tensions have been rising between the US and Iran since last year, when the US unilaterally withdrew from a nuclear pact between the Islamic republic and the five permanent members of the UN Security Council plus Germany.

Read more: A year after US nuclear pullout, Iran grapples with sanctions

President Donald Trump’s administration has pursued a number of actions meant to scuttle the agreement, including the re-imposition of US sanctions on Iranian oil.

In response, Tehran vowed to continue exporting oil despite the US sanctions and threatened to close the Strait of Hormuz if it is prevented from using the strategic Persian Gulf waterway.

Is Nawaz Sharif really an Ideology?

Biden, Netanyahu laid tensions to rest with their long-awaited call