Saudi Aramco on Thursday priced its long-awaited IPO at the high end of the target range, raising $25.6 billion and giving the energy giant a valuation of $1.7 trillion in the world's biggest stock sale. 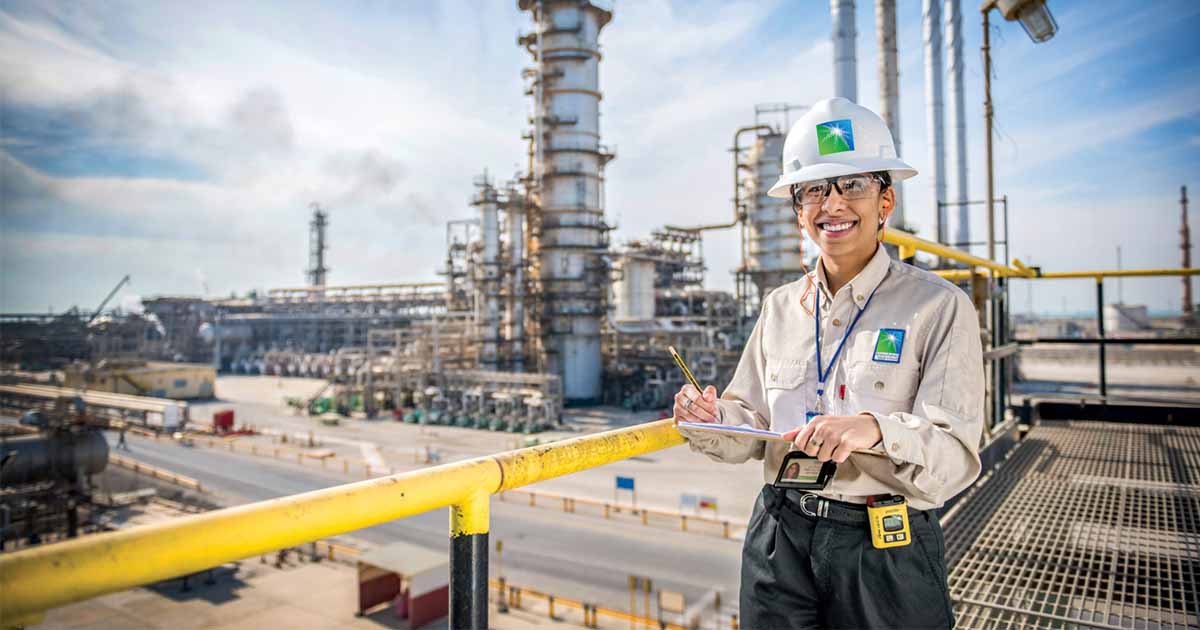 Saudi Aramco on Thursday priced its long-awaited IPO at the high end of the target range, raising $25.6 billion and giving the energy giant a valuation of $1.7 trillion in the world’s biggest stock sale.

Aramco priced its initial public offering at 32 riyals ($8.53) per share, surpassing the $25 billion raised by Chinese retail giant Alibaba when it debuted on Wall Street in 2014.

Saudi Aramco set the final price the world’s largest IPO at the top end of the range, valuing the oil giant at $1.7 trillion.

The sale of 1.5 percent of Aramco was oversubscribed 4.65 times, the energy giant said in a statement, but the scaled-down IPO is still a far cry from the blockbuster originally planned by Crown Prince Mohammed bin Salman.

The much-delayed stock sale, first announced in 2016, was initially expected to raise as much as $100 billion from the sale of up to five percent of the company. The IPO is the bedrock of Prince Mohammed’s ambitious strategy to overhaul the oil-reliant economy by pumping funds into non-energy industries.

But sceptics say the IPO’s proceeds would barely cover the kingdom’s budget deficit for a year. The market launch puts the oil behemoth’s value at $1.7 trillion, far ahead of other firms in the trillion-dollar club: Apple ($1.2 trillion), Microsoft and Alibaba ($1.1 trillion).

However, it fell short of the $2 trillion mark that de facto ruler Prince Mohammed was aiming for. Aramco will begin trading three billion shares on the country’s Tadawul stock exchange December 12 at a starting price of 32 riyals, two sources told AFP.

That price is at the top of the range set last month, even though the banks advising the company called on Saudi authorities to be cautious to avoid volatile price swings in the first days of trading.

The IPO is heavily focused on Saudi and other Gulf traders as international investors have remained sceptical about the secretive company’s targeted valuation, as well as harbouring doubts over its transparency and governance practices.

OPEC was conducting delicate discussions on Thursday in Vienna, set to continue Friday, regarding the production agreement and any further cuts

There are also concerns about dipping profitability as Aramco has acknowledged that climate change concerns could reduce demand for hydrocarbons and see global oil demand peak within the next 20 years.

The IPO also comes with oil prices under pressure due to a sluggish global economy hit by the US-China trade war and record output by non-OPEC crude exporters.

But Aramco, a cash cow that turned the kingdom into the Arab world’s biggest economy, appears to hold enormous appeal for local retail investors, some of whom have incurred debts to fund share purchases. Last week, the company announced that retail subscriptions had been oversubscribed.

The retail portion of Saudi Aramco’s IPO is oversubscribed, with investment reaching $10.16 billion, according to the IPO’s lead manager. https://t.co/I4um4M7HcO

The government used a series of initiatives to encourage Saudis to buy a stake in the kingdom’s crown jewel, including offers of easy bank loans and nationalist rhetoric portraying the investment a patriotic duty.

Aramco has also provided local investors with promises of higher dividends and the opportunity to obtain additional free shares if they hold their initial shares for some time. It pledged to pay $75 billion in dividends in 2020.

Some of the wealthiest families and individuals in Saudi Arabia have reportedly been obliged to invest. They are rumoured to include billionaire prince Al-Waleed bin Talal, who was among the businessmen locked up in Riyadh’s Ritz-Carlton Hotel during an “anti-corruption” crackdown in 2017.

Read more: Saudi Aramco unlikely to be the Blockbuster it hoped to be!

Aramco’s plan to raise additional funds by selling further shares on a major international market are currently on hold. The company is considered the pillar of the kingdom’s economic and social stability and produces about 10 percent of the world’s oil, so investors are betting on a long-term rise in oil prices.

That could be helped by a new agreement to cut production among the 14 member countries of the Organization of the Petroleum Exporting Countries (OPEC) along with other major crude exporters.

OPEC was conducting delicate discussions on Thursday in Vienna, set to continue Friday, regarding the production agreement and any further cuts.