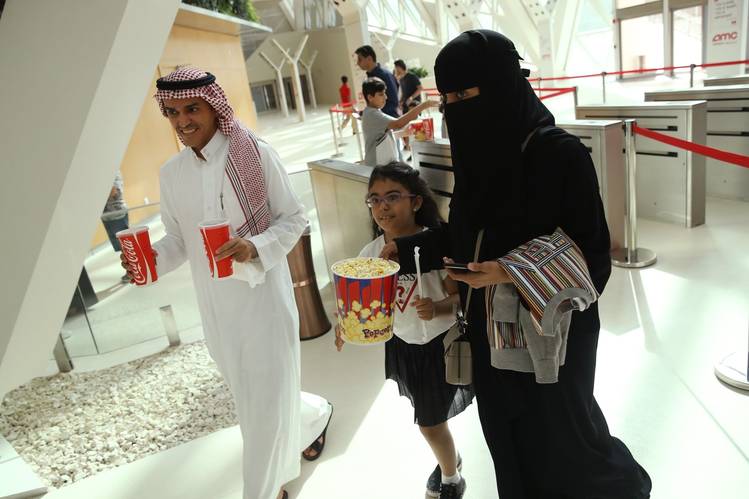 The Kingdom of Saudi Arabia (KSA) announced to host its first ever Arab fashion week in the country as it seeks to continue much-needed diversification in its oil-dependent economy. According to the website of the Dubai-based Arab Fashion Council (AFC), the fashion week would be held in Riyadh from March 26th to March 31st.

Moreover, a second edition is already scheduled for October. The much anticipated event will take place at Riyadh’s eco-friendly and world renowned Apex Centre which was designed by the late Iraqi-British architect, Zaha Hadid.

Princess Noura bint Faisal, honorary president of AFC announced the news of the event in London, while talking to the journalists and industry insiders, where she referred to the letter of the General Entertainment Authority (GEA) of  Saudi Arabia, which said, “Saudi Arabia’s artistic community has been growing in size and in confidence for a number of years and the General Entertainment Authority believes that such an event will allow a proper platform to showcase their fashion and arts talents as the vehicle for a comprehensive range of entertainment options in Saudi Arabia.

By hosting Arab fashion week, the Kingdom aims to lure  investors on the back of its reform agenda to ensure financing in the private sector to boost confidence in the Kingdom’s Vision 2030.

The GEA is proud to support an event that seeks to bring people together in a mutual appreciation of the power of fashion and art”. The artists and fashion enthusiasts from the kingdom are overjoyed with the announcement and enthralled to showcase their designs to local and international audiences in their own country.

It will showcase Saudi talent in the industry and will open up new ventures and will inspire a new generation of designers willing to take their work to international audiences. Since the event is open to designers from around the world, it will be a beneficial learning curve for the local designers. It is an extraordinary turn of events for a country which has been under decades of tough policies and regulations on arts and entertainment.

Under the slogan of change and more openness in its economy, to transform the fortunes of the country, its all-powerful Crown Prince Mohammed bin Salman (MBS) is sticking to his commitment to empower women, ensuring the expansion of the private sector along with it. It is indeed an interesting phase for the KSA economy. In an effort to diversify its economy, the country is trying to boost other sectors such as trade, travel, tourism and hospitality.

MBS is hitting these targets one by one. The list of his accomplishments to empower women and help them grow through participation in the economy is increasing.

27th September 2017: Starting from September last year, the Gulf Kingdom issued the Royal decree allowing women to drive which is expected to be implemented by 24th June, 2018. It was marked as a historic day for a historically rigid country when it took its first step towards promoting  women’s rights.

With 90% of government revenues generated from petrochemicals, Saudi Arabia is looking to create 6 million jobs in the non-oil sector until 2030. The series of reforms in favor of women is an encouraging sign which could facilitate active participation of women along with men to help the economy grow

11th December 2017: Saudi Arabia lifted the ban on movie theaters after more than 35 years. The General Commission for Audio-visual Media announced the decision and elaborated that films will be subject to censorship according to media policy standards of the country and in line with its strict social code.

12th January 2018: Women in KSA were allowed for the first time to enter a football stadium to watch a game. This again demonstrated the slow progress that is taking place in a conservative society to open different domains and sectors of the economy for women.

Read more: Hijab style trends: From the Afghan burqa to the cover of…

10th February 2018: A senior Saudi cleric-Sheikh Abdullah al-Mutlaq, a member of the Council of Senior Scholars, said it is not mandatory for women to wear abayas. However, Muslim women should dress modestly. Therefore, according to the cleric, women should not be forced to wear an abaya, which is required by law in the Kingdom. The government is yet to announce any change in the law.

19th February 2018: Saudi Arabian General Entertainment Authority allowed Arab Fashion week to host the event for the first time in the country confirming the country’s quest to adopt a more moderate Islam and allow women to participate in different fields. It is not clear yet if the country will adhere to the strict dress code observed in Saudi Arabia or if modern designs will be allowed. The line-up for the occasion is yet to be revealed.

This will ignite fierce debates within the Kingdom in MBS’s quest for a return to a ‘more moderate Islam’ under Vision 2030. The Kingdom in the pre-Prince era was considered more of a backward, ultra-conservative, rigid and bureaucratic society.

A Quest to Transform the Economy and Empower Women

Conservatism is deeply rooted in KSA. The series of progressive steps will not abolish the mindset that is dominant within society. These bold steps may not go well with everyone and may haunt society for some time to come, until the change is slowly accepted. They can potentially even spark rebellion in some segments of society.

It is a gradual process that can only move forward if a number of other parameters such as the education system, cultures, norms and social setups get a reorientation. This will ignite fierce debates within the Kingdom in MBS’s quest for a return to a ‘more moderate Islam’ under Vision 2030. The Kingdom in the pre-Prince era was considered more of a backward, ultra-conservative, rigid and bureaucratic society.

MBS hopes to bring about revolutionary changes in the economic and cultural life of its citizens. Using the futuristic projects like “Neom’’, MBS aims to make KSA an epicenter of trade and a gateway to the world exploiting its geostrategic location by connecting different continents. With 90% of government revenues generated from petrochemicals, Saudi Arabia is looking to create 6 million jobs in the non-oil sector until 2030.

The series of reforms in favor of women is an encouraging sign which could facilitate active participation of women along with men to help the economy grow. By hosting Arab fashion week, the Kingdom aims to lure investors on the back of its reform agenda to ensure financing in the private sector to boost confidence in the Kingdom’s Vision 2030.

Ukrainian officials in Iran for compensation talks over downed plane

Russia and the United States united over Hagia Sophia