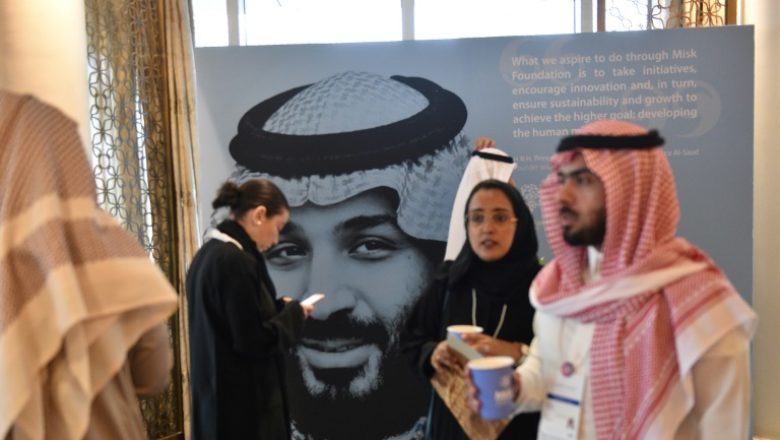 Organisers of the MISK Global Forum kept its speakers and sponsors secret until the event began, apparently to avoid the mass cancellations that beset a glitzy investment summit in Riyadh last month amid global outrage over the journalist’s murder.

Shaima Hamidaddin, executive manager of the two-day forum, said there were hundreds of participants from “almost every continent”, making this year’s event at Riyadh’s Four Seasons hotel its most diverse ever. But conspicuously absent were the star attractions of last year’s forum, which drew heavyweights such as Queen Rania of Jordan, Bill Gates and a host of Western media personalities.

A Westerner recounted to AFP a persuasive argument made by a Saudi official: “Remember this, those who stood by us through 9/11 made a lot of cash in the long run.”

Expressing shock over Khashoggi’s murder on October 2 in the Saudi consulate in Istanbul, the Microsoft co-founder’s Bill & Melinda Gates Foundation said this month it was suspending all future work with the MISK Foundation, the youth charity organising the conference.

The Gates Foundation had pledged $5 million to the non-profit, which is chaired by Crown Prince Mohammed bin Salman. Khashoggi’s murder has plunged the world’s top oil exporter into its worst diplomatic crisis since the September 11, 2001 terrorist attacks on the United States, in which most of the hijackers were identified as Saudi nationals.

Karen Attiah, editor of Khashoggi’s columns at The Washington Post –- many of which were critical of the prince –- has called on US institutions to boycott the forum, which bills itself as “the biggest youth event in the Middle East”.

A French executive attending the event on Wednesday said participants and panelists were largely from the Middle East, many from Saudi Arabia itself. Also noting that the “quality of speakers” had dropped in comparison to last year, he told AFP that the president of his organisation had pulled out of the event following Gates’s announcement, opting instead to send junior executives.

Absent were the star attractions of last year’s forum, which drew heavyweights such as Queen Rania of Jordan, Bill Gates and a host of Western media personalities.

He added that one of his peers had been hurriedly lined up as a speaker only last week, indicating that delegates had been dropping out until the last minute. That has echoes of FII –- dubbed “Davos in the desert” –- which was shunned by dozens of global business titans including British billionaire Richard Branson and Siemens chief executive Joe Kaeser.

“The (Khashoggi) crisis cannot just be wished away,” said Christian Koch, director of the Gulf Research Center Foundation, who is attending MGF. “For foreign enterprises in Saudi, it is a tricky balance between managing the reputational risk and doing business. But maintaining that balance has become a lot harder.”

Still, MGF organisers managed to rope in some high-profile speakers such as Royal Dutch Shell CEO Ben van Beurden and former boxing champ Amir Khan, who heaped praise on the kingdom. Brazilian football superstar Ronaldinho also made an appearance, giving a closed-door talk that was off-limits to journalists.

Organisers refused to comment on why the list of speakers for Wednesday had been kept under wraps till the start of the event. They said the speakers for Thursday will be published just before the conference starts.

Nozimakhon Davletova, a 29-year-old human resources manager from Uzbekistan, said news of Khashoggi’s killing was “disgusting” but it would be a greater travesty to not attend a forum that encourages youth development.

He added that one of his peers had been hurriedly lined up as a speaker only last week, indicating that delegates had been dropping out until the last minute.

Many Western firms have too much at stake to abandon the Arab world’s biggest economy, observers say. Several international consulting firms working in the kingdom have kept multimillion-dollar contracts in the kingdom despite the murder.

“Companies care about their bottom line and not everyone is saying ‘We won’t do business with Saudi because one man got murdered’,” a Western official told AFP. “Doing business here is a calculated decision. In the end, you hold your nose and look the other way.”

Following the FII, Saudi energy minister Khalid al-Falih said foreign companies which had boycotted the investment forum later “apologised” and vowed a return to normal ties. He did not name the firms.

Saudi authorities have sought to distance the crown prince from Khashoggi’s murder, calling it a rogue operation — but it has tarnished his global image as a reformer. Saudis have seen attendance at high-profile events as something of a loyalty test.

A Westerner recounted to AFP a persuasive argument made by a Saudi official: “Remember this, those who stood by us through 9/11 made a lot of cash in the long run.”

US to keep confronting Beijing in S. China Sea: Mattis