Saudi needs Vision 2030 NOW: If it intends to survive in the Corridors of Power 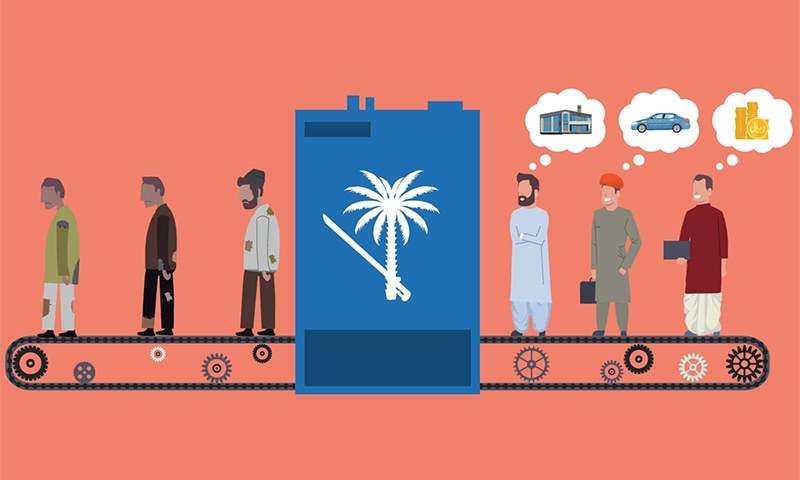 Recently it was announced that Saudi Arabia generated a fiscal deficit of about $ 85 billion in the year 2016, which was almost 13% of the GDP. This fiscal deficit is projected to grow over the coming years and is expected to reach a staggering 33% of the GDP by the year 2020. For a country that was running budget surpluses until as recently as a decade ago, this change in fortune is astonishing.

In Syriana, the fictional saga of petropolitics in the Middle East, Bryan Woodman [Matt Damon] tells the reformist prince, “What do you need a financial advisor for? Twenty years ago you had the highest Gross National Product in the world, now you’re tied with Albania… You know what the business community thinks of you? They think that a hundred years ago you were living in tents out here in the desert and… That’s where you’ll be in another hundred years”.

The old English adage of not putting all eggs in one basket applies. For Saudi Arabia, that one basket is fairly obvious – petrodollars.

The Saudis must be thinking that they can use the services of an astute adviser right now but this thought, at this very moment, is a bit late. They needed appropriate advice 20 years ago! That is when a galvanizing vision along with underlying strategies would have paid dividends now.

Although, hindsight is a dangerous thing, but a grand vision of reinvention would have allowed Saudi Arabia the flexibility to execute at least three different strategies to its advantage and not suffer the economic, political, and social crunch afflicting the country today.

Time to Look for Alternatives to Oil & New friends

The old English adage of not putting all eggs in one basket applies. For Saudi Arabia, that one basket is fairly obvious: petrodollars. Oil-based economies are heavily dependent on the geopolitical equilibrium of the world which is shifting. Thus, the need for a strategy of diversification, away from oil and into new alternatives such as renewable energy, becomes pressing.

Is there still time for these economic, political, and social approaches to work?

Another avenue to explore would have been to make the country a ‘business friendly’ destination, as is the case of Dubai. While Dubai is sometimes referred to as the ‘Las Vegas’ of the Middle East, no one can ignore the fact that in the last couple of decades it has reinvented itself with a desire to become the financial hub and the tourism capital of the region. A similar fate for Saudi Arabia could have translated into an increased FDI (Foreign Direct Investment) which would have allowed structural changes to move towards a non-oil based economy.

A strategy of inclusiveness would have allowed Saudi Arabia to move away from their heavy reliance on the United States. Considering the US rapprochement with Iran and Cuba, it would have made sense to address the shifting patterns in world politics and look for new friends because of the risk of contending with old foes.

The Saudi government would have done well to heed Benjamin Disraeli’s words, “We have no permanent friend. We have no permanent enemies. We just have permanent interests”. So much so that Israeli Prime Minister, Benjamin Netanyahu, has recently claimed that for the first time in its history, Israel is being looked upon favorably by the Arab world.

While Dubai is sometimes referred to as the ‘Las Vegas’ of the Middle East, no one can ignore the fact that in the last couple of decades it has reinvented itself with a desire to become the financial hub and the tourism capital of the region.

Saudi Needs to Work for its people and not through bribery

The social fabric is always needed to deal a better hand. A strategy based on social competence would have been far more galvanizing as opposed to the regime’s choice of showering the society with petrodollars. This can buy allegiance in the short term but in the long run, can only cause social strife and general apathy.

The country’s youth is a good example, i.e. it has remained aloof from Saudi Arabia’s transforming situation; they have a hesitancy to learn new skills, to contribute to society, to show eagerness in entering the job market, and to ensure that the country will be in strong hands in the time to come.

This is not to say that youth is at fault alone but this attitude is a result of a sense of entitlement generated by the ruling elite. An empowered, passionate, learned, and pro-active youth can work wonders provided the opportunity. In Saudi Arabia’s case, that opportunity might also have gone to waste.

Read more: Prospects of China’s mediation with Saudi Arabia and Iran; Where Pakistan fits in?

Can the Country Still Bounce Back?

Was the overarching vision of reinvention, along with the three underlying strategies, contemplated and implemented in good time to reap proven benefits? No. Is there still time for these economic, political, and social approaches to work? Probably!

However, this would involve a general acknowledgment of the fact that the current course doesn’t provide suitable means to an optimum end; i.e. Saudi Arabia’s re-emergence as a country, as a global player, in a global world. That is where vision and strategy come into play and will pay dividends to forge a better future.

Saad Masood is the Director Programmes for an international ICT organization based in Reading UK. He writes on corporate strategy, socio-economic and geopolitical issues.

Significance of a Baloch Senate chairman