KSA's hosting of the 'Dakar Rally' is part of Crown Prince MBS' larger plan of decreasing Saudi Arabian Economy's dependency on Oil trade. Critics allege that it is an attempt to divert international attention from infuriated and dissenting Saudi youth. 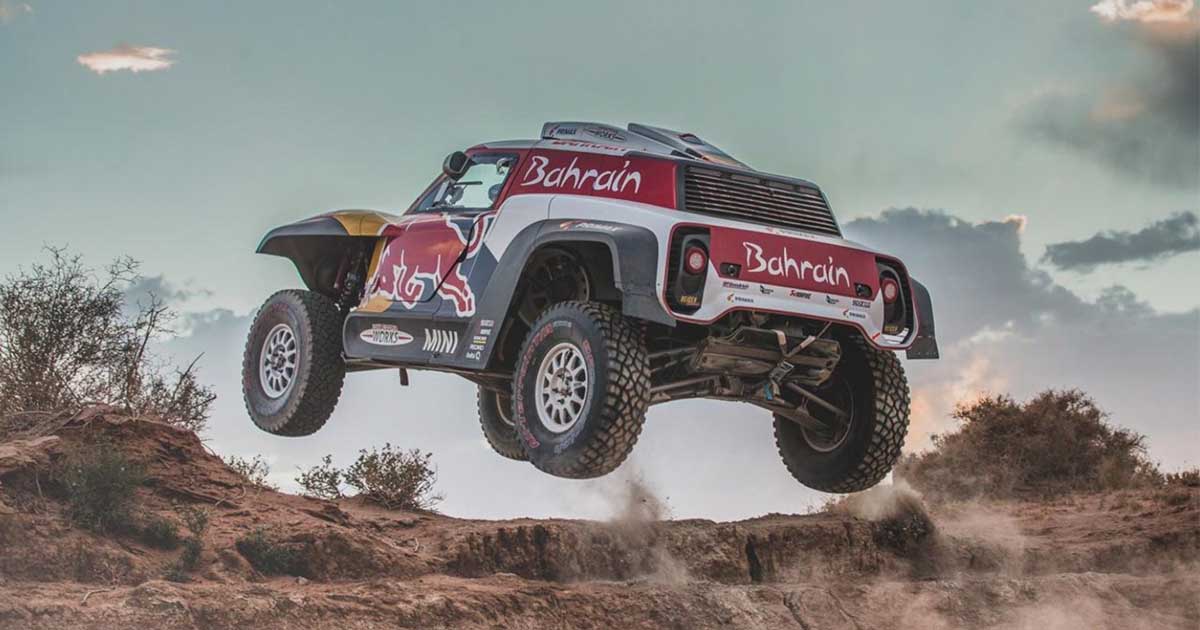 Saudi Arabia’s hosting of the Dakar Rally this month is just the latest international sporting event to take place in the kingdom as part of a multi-billion-dollar push to boost its battered global image.

Saudi Arabia has been under fire due to increasing concerns of international community on the level of human rights abuse taking place in the Kingdom. Subsequently, the KSA administration has wisely opted to follow in the footsteps of Qatar and UAE and make use of the soft power of investing in sports to improve its international image.

Saudi Arabia is seeking to use glitzy sporting extravaganzas as an instrument of soft power in its push for regional supremacy as well as to project a moderate image of a country long seen as an exporter of jihadist ideology.

Women’s wrestling, somewhat toned down from its usual razzmatazz, also made its debut in a nation where such events were once unthinkable

In 2019 the kingdom hosted a heavyweight boxing rematch between Anthony Joshua and Andy Ruiz, a Formula E motor race and a tennis exhibition tournament.

Women’s wrestling, somewhat toned down from its usual razzmatazz, also made its debut in a nation where such events were once unthinkable. In December, Cristiano Ronaldo and his Juventus teammates took to the pitch at the King Saud University Stadium in Riyadh for the Italian Super Cup.

Come on down to the Dakar Village in Jeddah! Experience unparalleled adventure and get ready for what is set to be a Dakar Rally like never before! 🙌🇸🇦#Dakar2020 #DakarInSaudi
⠀ pic.twitter.com/lTbpmSQUai

And in January, a Barcelona side featuring Lionel Messi will appear in the Spanish Super Cup, two months after the Argentine superstar played his first match on Saudi soil in a friendly encounter against Brazil.

But one of the biggest events is the coveted Dakar Rally, one of motor racing’s most gruelling adventure rallies which starts in the kingdom on Sunday and lasts until January 17.

After more than a decade in South America, the rally is set to remain in the Arabian peninsula for at least five years.

Crown Prince Mohammad Bin Salman’s (MBS) recent entry to hosting mega sports and entertainment events is a part of his much larger plan to make the Saudi Economy independent of its dependency on oil trade by focusing on the tertiary sector, in order to attract tourism and international investments in KSA.

But in a country where two-thirds of the population is under 30, critics say glitzy sporting events are aimed at blunting public frustration over an economic downturn and soaring youth unemployment.

Activists also accuse Saudi rulers of “sportswashing”, using such events as a tool to soften their international image after long being condemned over human rights abuses.

In December, Cristiano Ronaldo and his Juventus teammates took to the pitch at the King Saud University Stadium in Riyadh for the Italian Super Cup

The brutal murder of journalist Jamal Khashoggi in Istanbul in 2018, the Saudi-led military intervention in Yemen and a sweeping crackdown on dissent have tarnished the kingdom’s reputation.

Saudi Arabia executed at least 187 people on death row in 2019, according to a tally based on official data, the highest since 1995 when 195 people were executed.

And while Saudi women now have the right to drive, campaigners say jailed driving activists have faced sexual harassment and torture in detention.

“There is a very offensive policy to host major sporting events… to spread a different image of Saudi Arabia,” Carole Gomez, a researcher at the Institute of International and Strategic Relations, told AFP.

The first #WheelieWednesday of 2020 is brought to you by @rickyB357  and @RallyTeamHRC  for the #Dakar2020 🎉#HappyNewYear pic.twitter.com/aNtTQLDFc8

The kingdom is using “sports diplomacy” as part of Prince Mohammed’s Vision 2030 reform programme to diversify its economy, Gomez added.

Saudi officials expect events such as the Dakar Rally will help boost tourism, one of the centrepieces of Vision 2030. Saudi Arabia began offering tourist visas for the first time last September.

The Dakar Rally, to be broadcast in 190 countries, will pass through a host of sites –- from NEOM, a $500 billion futuristic megacity under construction, to the heritage site of Al-Ula and the sand dunes of the vast Empty Quarter desert.

“The idea is to praise the beauty of the landscapes, the infrastructures… and to make a postcard of Saudi Arabia,” said Gomez.

Quentin de Pimodan, an expert on the Sunni kingdom at the Research Institute for European and American Studies, said the rally “will serve Saudi Arabia the same way Tour de France serves France”.

The kingdom is using “sports diplomacy” as part of Prince Mohammed’s Vision 2030 reform programme to diversify its economy, Gomez added

“It will showcase the landscapes and the heritage — the long shots and wide angles — as the kingdom opens up to international tourists,” he said.

The #Dakar2020 is about to kick off but what happened in 2019?
What better way to celebrate the new year than by reliving some of the best action from last year’s race. #PoweredByMotul pic.twitter.com/hD79KCGkdZ

However, accusations of “sportswashing” have prompted some international players to shun the kingdom.

Golf superstars Tiger Woods and Rory McIlroy recently declined a lucrative invitation to take part in a tournament organised in Saudi Arabia. McIlroy, who was reportedly offered $2.5 million, hinted in an interview with Golf Channel that “morality” had influenced his decision.

Saudi Arabia is attempting to “sportswash away its abusive rights reputation using large-scale events, with highly controlled environments,” said Human Rights Watch. “Fans and viewers need to look past the glamour of these events.”

First day at the office 💪🏻 Back to work on New Year’s Day 💥 #dakar2020 #dakarinsaudi pic.twitter.com/kJk3PHUYtT

But Dakar Rally organisers have praised Saudi Arabia’s “willingness to open up” amid unprecedented social reforms after years of conservatism. Gomez said the response to the rally could help determine the impact of its sports push.

“It will be interesting to see how the event plays out, how it is experienced, what the repercussions are and what happens afterwards,” said Gomez.