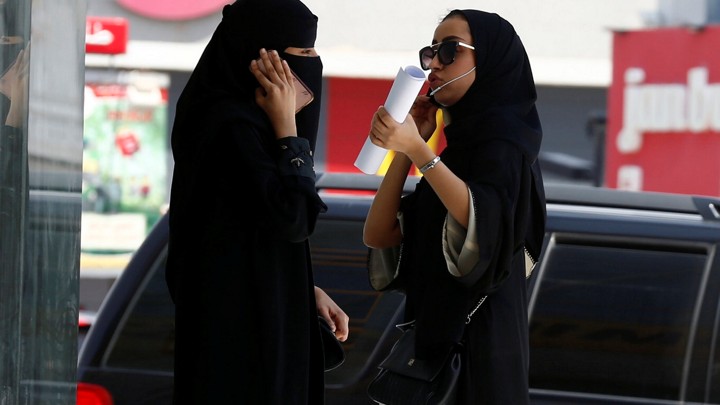 In a historic decision passed by the Shura Council, Saudi cleric women are now authorized to issue Fatwas alongside their male counterparts.

This extension in the portfolio of Saudi women came after the decision in the council was passed by overwhelming count of 107 votes, ceasing the 45 years long domination of the selected male for issuing Fatwas.

The decision was made in the 49th meeting calling on the General Presidency of Scholarly Research and Ifta, the only authoritative body in the Kingdom to issue Fatwa, to open the independent sections for women as well.

Long before this historic decision, calls were made to allow women having adequate command over Islamic law, Shariah and Jurisprudence to be included in the process of passing decision pertaining to Shariah.

While according to many sources, the Kingdom is extensively opening up arenas for women participation in the field of technological advancements. It was confirmed that women in the General Presidency of Scholarly Research and Ifta would be working towards dissemination science information and awareness.

The decision has been welcomed by the specialists in Islamic Law and Jurisprudence and by the majority of the population.

This decision is an attempt by the Kingdom to ensure gender equality that has been the burning issue in Saudi Arabia since long.

According to the officials, Saudi government is finding ways to ensure gender equality in such a way that does not undermine the boundaries of Islamic Shariah while respecting cultural norms of the society as well.

A wave of Change

Saudi’s under the leadership of Prince Salman are galloping hard to ward off any image that reflects any expression of the regime being an antagonist of liberty and personal emancipation, especially in the case of women.

The shift as stated by the regime is part of the Prince Salman’s Vision 2030, that is directed towards brining an overhaul change in the fabric of the otherwise tightly-controlled authoritarian society.

Saudi Arab under Vison 2030 plans to construct more than 500 resorts and tourist spots along the Red Sea for the international tourists to reduce dependency of Saudi economy on oil.

However, with foreign tourist coming in the regime may need to soften its traditional dress codes strictly instructed for Saudi women to follow. The real test may arrive when under such circumstances, the government may be pressed to bring same relaxations for the Saudi women as well.

Philippines to Singapore: Passing the baton of ASEAN chairmanship and challenges of regional cooperation