It is an unprecedented closure as Saudi Arabia also suspends the umrah for its own citizens and residents over fears of the coronavirus spreading to Islam's holiest cities. 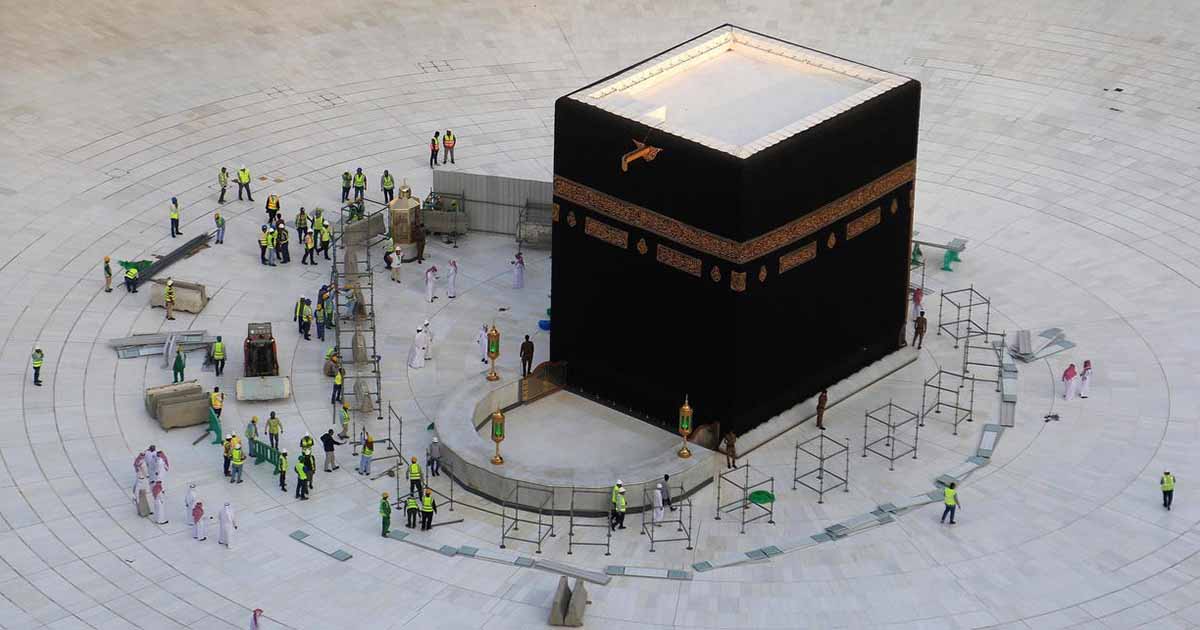 Saudi Arabia on Thursday emptied Islam’s holiest site for sterilization over fears of the new coronavirus, an unprecedented shutdown state media said will last while the year-round Umrah pilgrimage is suspended.

The kingdom halted the pilgrimage for its own citizens and residents on Wednesday, on top of restrictions announced last week on foreign pilgrims to stop the disease from spreading.

State television relayed images of an empty white-tiled area surrounding the Kaaba which is usually packed with tens of thousands of pilgrims.

As a “precautionary measure”, the area will remain closed as long as the umrah suspension lasts but prayers will be allowed inside the mosque, state-run Saudi Press Agency cited a mosque official as saying.

Additionally, the Grand Mosque and the Prophet’s Mosque in the city of Medina will be closed an hour after the evening “Isha” prayer and will reopen an hour before the dawn “Fajr” prayer to allow cleaning and sterilization, the official added.

A group of cleaners was seen scrubbing and mopping the tiles around the Kaaba, a structure draped in gold-embroidered gold cloth towards which Muslims around the world pray.

A Saudi official told AFP the decision to close the area was “unprecedented”.

On Wednesday, Saudi Arabia suspended the umrah for its own citizens and residents over fears of the coronavirus spreading to Islam’s holiest cities.

The move came after authorities last week suspended visas for the umrah and barred citizens from the six-nation Gulf Cooperation Council from entering Mecca and Medina.

The umrah, which refers to the Islamic pilgrimage to Mecca that can be undertaken at any time of year, attracts millions of Muslims from across the globe annually.

The decision to suspend the umrah mirrors a precautionary approach across the Gulf to cancel mass gatherings from concerts to sporting events.

It comes ahead of the holy fasting month of Ramadan starting in late April, which is a favoured period for pilgrimage.

It is unclear how the coronavirus will affect the hajj, due to start in late July.

Some 2.5 million faithful travelled to Saudi Arabia from across the world in 2019 to take part in the hajj, which is one of the five pillars of Islam as Muslim obligations are known.

Read more: IMF warns of low growth due to Coronavirus

Already reeling from slumping oil prices, the kingdom risks losing billions of dollars annually from religious tourism as it tightens access to the sites.

Saudi Aramco unlikely to be the Blockbuster it hoped to be!