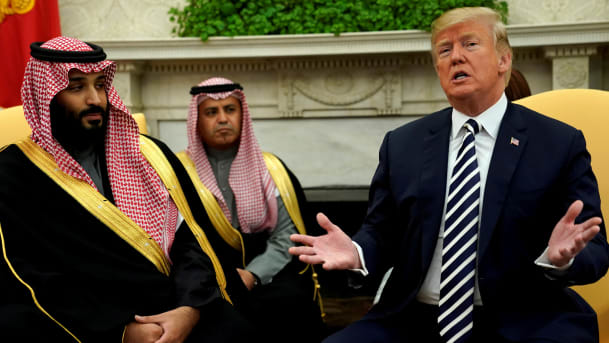 As per New York Times report, Donald Trump Jr., eldest son of President Donald Trump, met with a representative of two Arab princes named George Nader, along with an Israeli national, savvy in social media manipulation and a Republican congressman with murky past.

The meeting held at Trump Tower in 2016, as reported, was convened for the purpose of lending support on part of Arab princes of the United Arab Emirates and Saudi Arabia for, then, upcoming elections. Facilitator for the meet up was former navy seal and CEO of BlackWater Erik Prince. The delegation offered support, the sort not specifically mentioned except Joel Zamel, the social media expert, proposing to utilize his skills to sway the public support in favor of Donald Trump, which led the basis of cooperation leading up to Trump’s first year in office.

Mr. Nader transferred amount as huge as $2 million to Joel Zamel after the elections were over and Donald Trump was elected as the 45th President of United States.

Donald Trump Jr.’s attorney did acknowledge the reality of such meeting, which happened on August 3rd, 2016, but refused to accept the report which claimed that it lead to the forging of lasting ties between the participants for years to come. Robert S. Mueller, the special counsel tasked with the responsibility of leading the investigations for alleged wrongdoing in the election campaign and Russian involvement in the electoral process, is actively pursuing the timeline of these interactions between foreign emissaries and Trump’s aids. Mr. Nader transferred amount as huge as $2 million to Joel Zamel after the elections were over and Donald Trump was elected as the 45th President of United States. Contradicting reasons have been cited for this transaction making it look more suspicious.

The Saudi and Emirati interest to help elect a President who could take a hardline vis-à-vis Iran is understandable and at the same time, highly plausible. Both Kingdom of Saudi Arabia and the United Arab Emirates were critical to the way President Obama dealt with Iran and his halfhearted intervention in Syria, which allowed Iran to flex its muscles and become a strategic risk for long-term US ally Israel.

Iran’s nuclear deal was a multifaceted development which allowed Iran to concentrate on its crumbling economy but also giving it the room to put the focus elsewhere, toward regional dominance. It has indeed become troublesome for Saudi Arabia as Iran is forfeiting its strategic interests, starting from Iraq where Iran backed Shia militia is in control of the vast ground. Then, with the help of Russia, Iran consolidated its influence inside Syria and finally reached the doorstep of Saudi Arabia itself where Houthi rebels are shooting Iranian made ballistic missiles at Riyadh.

Saudi Arabia must have been desperate to put Iran back in the loop of international sanctions and to reach an outcome such as this, a US president who shared the same notion was necessary.

Apparently, the involvement of Russia in US elections was coordinated with the effort orchestrated by Arab princes making it further relevant to Robert S. Mueller’s investigations. The interviews he has been conducting, some in recent weeks, are further evidence that special counsel’s investigation remains in an intense phase even as Mr. Trump’s lawyers are publicly calling for Mr. Mueller to bring it to a close. Any sort of involvement in the US elections is deemed to be absolutely illegal by its law, making it a strong case for impeachment if Mueller is successful to back the time trial of these meetings by solid evidence of foreign involvement.

Mr. Nader had worked for years as a close adviser to Crown Prince Mohammed of Abu Dhabi, and Mr. Zamel had worked for the Emirati royal court as a consultant as well. Mr. Nader also visited Moscow at least twice during the presidential campaign as a confidential emissary from Crown Prince Mohammed of Abu Dhabi, according to people familiar with his travels. After the election, he worked with the crown prince to arrange a meeting in Seychelles between Mr. Prince and a financier close to President Vladimir V. Putin of Russia.

Times has reported excessive details of meetings and intercontinental travel, involving a nexus of Erik Prince, George Nader and Joel Zamel making it look, intuitively, a well-planned penetration and meddling in US elections. President Donald Trump seems to be caught in a whirlpool of legal battles, each of them leading him down the aisle of impeachment.

Muhammad Ahmad Khan - 17 April 2021
Sovereignty bestowed to the nation-states was to make sure the political, religious, and social stability remains against each other. The difference in the identities...

Youth in Lebanon unhappy with additional taxes on ‘Hookah’ consumption