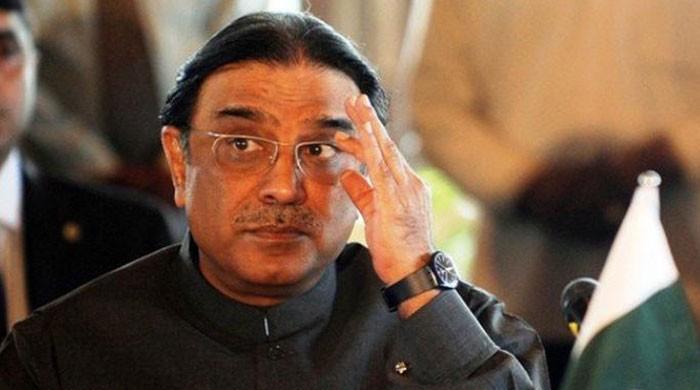 According to a TV channel, a three-judge bench of the apex court headed by Chief Justice Mian Saqib Nisar heard the case pertaining to the NRO, a controversial ordinance issued by Musharraf in 2007. Under the NRO cases against many politicians, political workers and bureaucrats were withdrawn.

Both willfully violated the oath of office to the detriment of the country in violation of the rule of the law, particularly of Articles 2, 2A, 25, 227 of the Constitution,” the petition alleged.

Nominating Musharraf, Zardari and former attorney general Malik Abdul Qayyum as respondents, petitioner Feroz Shah Gilani had requested the apex court to order recovery of “huge amounts of public money” misappropriated and wasted by the respondents through unlawful means “already on record in different judgments of the Supreme Court and high court”.

Read more: Did NRO lead to democratic transition or cause billions of loss?

He had contended that Musharraf subverted the Constitution by declaring emergency followed by the promulgation of the NRO, through which criminal and corruption cases against politicians, including Zardari, were “arbitrarily withdrawn” causing huge financial losses to the national exchequer.

“Since the SC in its landmark judgment of December 16, 2009, has declared the NRO void ab initio, the respondents are liable to compensate the losses and the damage suffered by the exchequer of debt-ridden Pakistan, including the loss of $60 million stashed in Swiss banks allegedly by Zardari,” he said.

He said Malik Qayyum had written a letter to the attorney general for Geneva to withdraw criminal and civil proceedings against Zardari, but the Supreme Court in its 2009 judgment held that Qayyum had written the letter in his personal capacity, against the Rules of Business, 1973.

“The actions of Musharraf and Qayyum by promulgating the NRO caused huge losses amounting to billions of rupees to debt-ridden Pakistan. Both willfully violated the oath of office to the detriment of the country in violation of the rule of the law, particularly of Articles 2, 2A, 25, 227 of the Constitution,” the petition alleged.

US to increase sanctions against Iran, is there a particular reason behind Trump’s hawkishness?