Supreme Court had released Nawaz on bail for six weeks and “made it clear that during this period the petitioner shall not leave or be allowed to leave the country”. While requesting the court to review its earlier order, his counsel stated that restricting Nawaz to get his medical treatment in Pakistan only merits review. On Friday, the court has dismissed the application. 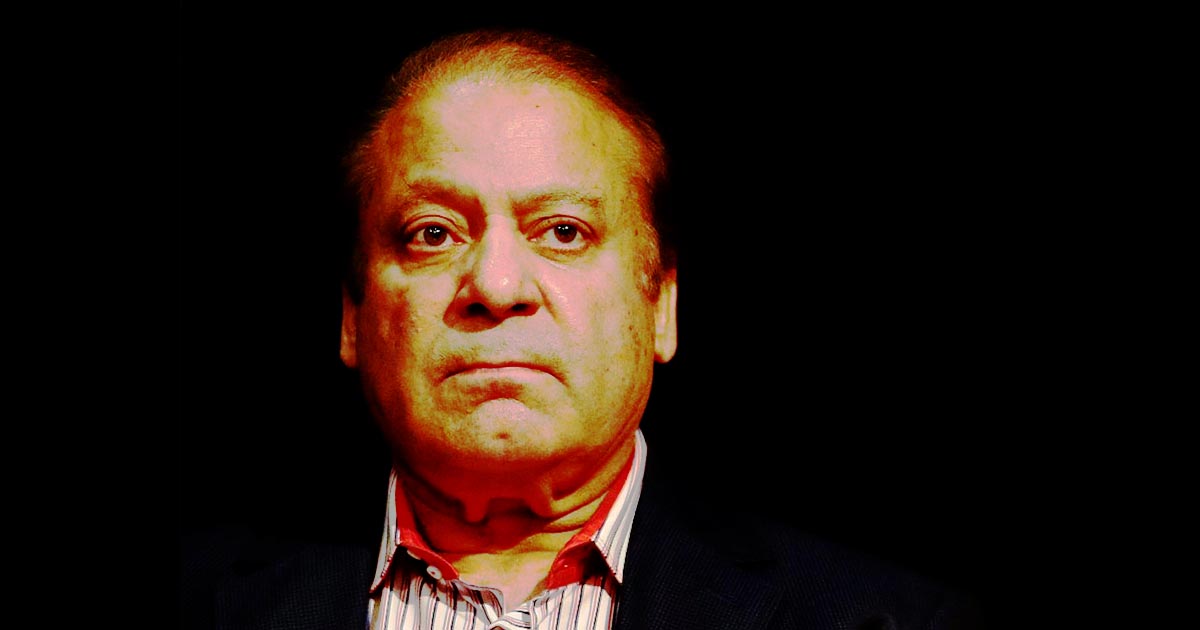 The Supreme Court dismissed on Friday the former prime minister Nawaz Sharif’s review petition seeking the apex court’s permission to allow him to get medical treatment from medical practitioners in the United Kingdom.

SC’s three-member bench headed by Chief Justice of Pakistan Justice Asif Saeed Khosa dismissed the application and remarked that bail was granted to get treatment but the time was spent only on further investigation by conducting more tests. “It seems his life is not in danger,” the court remarked. With the dismissal of the application, the ex-PM is once again destined to go to jail as his bail is expiring on May 7.

During the hearing, the court enquired if Nawaz has consulted doctors and took the opinion of heart specialists following his release. To this, Haris replied in affirmative saying several tests were conducted as well. Subsequently, the counsel submitted the medical reports before the court.

He said that reports suggest that Nawaz’s heart condition is worsening day by day. When Haris said that Nawaz’s treatment was not possible in Pakistan, Justice Khosa enquired how did the counsel reached to the conclusion that his treatment was not possible in the country when the best doctors and all kinds of machinery was available here.
Read more: Nawaz out for six weeks to get medical treatment

“Cardiac MRI is not possible in Pakistan”, Haris replied. The bench said that bail was granted on the medical board’s recommendation that Nawaz’s angiography test would be conducted to determine his heart condition but that has not happened.

While looking at the reports and after hearing the arguments, Justice Khosa remarked that ‘it seems your client’s health condition has deteriorated after being released on bail’. The court then directed the counsel to give arguments on the request seeking treatment abroad.

Haris said that doctors at Sharif Medical City have recommended treatment abroad. The court noted that the doctors have not given their final opinion on this point, adding the request was also going beyond the scope of a review petition. Subsequently, the court dismissed the application.

Debate on NRO in Power Centers

With Nawaz’s release on bail, there was political climate created by the sections of media that Nawaz would probably get bail extension and may also be able to go to London very soon.

However, the SC’s decision has at least thrown a spanner on all those hopes. At the same time, the political analyst said, people, think that there is sort of a split in the governing elite, within the power centers that are political and non-political.

The analyst said that the Prime Minister Imran Khan and some people close to him are continuously taking the position that no one will be given NRO, adding that the PM is continuously reinforcing that in public gatherings and in front of the media. The latest example was during the inauguration of Mohmand Dam and, also, his speech in the tribal areas just a few days ago where he has sent the same message.

Read more: Shahbaz reportedly to leave for London: Has NRO been given?

The dismissal of Nawaz’s plea and PML-N’s move to nominate Rana Tanveer as PAC chairman, Khawaja Asif as parliamentary leader and discussions on appointing Shahid Khaqan Abbasi as the leader of the opposition in the National Assembly has raised questions about Shahbaz Sharif’s return to Pakistan and future of PML-N.

On April 25, the three-time PM had sought the Supreme Court’s permission to allow him to get medical treatment from medical practitioners in the United Kingdom. The ex-premier through his counsel Khawaja Haris had approached the top court requesting it to review its earlier order which restricted him to get his medical treatment in Pakistan only.

In line with the opinions of the consultants and experts, the counsel stated in the petition, “the only feasible option available to the Petitioner is to be treated by the same set of medical practitioners who had been treating him earlier in UK”.
Read more: Sharif seeks SC’s permission for medical treatment in UK

On March 26, the apex court had released Sharif on bail for six weeks but “made it clear that during this period the petitioner shall not leave or be allowed to leave the country”. While requesting the court to review its earlier order, Haris stated that restricting Sharif to get his medical treatment in Pakistan only merits review.

Before being released on SC orders, Sharif was serving a seven-year prison sentence awarded to him by an accountability court in the Al Azizia corruption reference of the National Accountability Bureau (NAB).

In the petition, Haris said that Sharif was facing complicated and life-threatening nature of the ischemic heart disease, carotid artery disease, lymphadenopathy and renal artery stenosis coupled with co-morbid diseases including blood pressure, Type II diabetes mellitus and third-stage chronic kidney disease. He said that the medical professionals in Pakistan have recommended that he should be treated by the practitioners who were earlier seeing him in the UK.

Interestingly, the petition has drawn court’s attention to its written order wherein the verbal directives of the court allowing Sharif to apply for bail extension by approaching the Islamabad High Court (IHC) have been omitted.

The petition reads that while orally announcing the order, SC had read out the terms on which the petitioner was being released on bail upon suspension of his sentence and Sharif was allowed to reach IHC if he required any extension in his bail.
Read more: Is Nawaz Sharif going to London for his treatment?

“It is submitted that this may be due to a typographical error, but nevertheless remains an error meriting rectification in the Order dates March 26, 2019.” In the review petition, Sharif has prayed to the apex court to modify the March 26 order and allow him to travel to UK abroad for medical treatment.

While allowing Sharif’s petition to be released on bail for a certain period, the Supreme Court had set certain conditions. The conditions said that Sharif shall not leave or be allowed to leave the country, bail will automatically be cancelled upon expiry of six weeks from date of release and Sharif will have to surrender custody voluntarily, failing which he will be arrested.

Also, the court had said, he would not be allowed to apply for further bail till he surrenders his custody and he was allowed treatment from medical practitioners and to avail medical facilities of his choice in Pakistan.

Moreover, the order said, if during the period of his bail, the Islamabad High Court (IHC) rules adversely in the appeal filed by Sharif before the IHC, the IHC will have full authority to decide how and when to arrest him.

Sharif remained prime minister of Pakistan from 1990 to 1993, from 1997 until a coup in 1999 and from 2013 till the Supreme Court removed him from office in July 2017 on account of failing to disclose part of a salary drawn from his son’s company located in UAE.
Read more: Nawaz Sharif insists on going to London, Fawad Chaudhry

Later, the Supreme Court ruled that July 2017 decision to oust Sharif meant that he will have to stay away from politics for the rest of his life. He was ousted by SC after the Panama Papers leaks revealed that his children allegedly owned offshore companies registered in the British Virgin Islands and that they used them to buy properties in London, UK.

Panama Papers, a trove of leaked documents from the Panamanian law firm Mossack Fonseca, implicated dozens of politicians and powerful international figures in shady offshore business dealings. Sharif was the second world leader, along with the former prime minister of Iceland, Sigmundur David Gunnlaugsson, to resign as a result of the leak.

After his cases were sent to an accountability court in Islamabad for trial proceedings, he was convicted in two NAB cases – Avenfield Apartments and Al Azizia Steel Mills references – for not disclosing sources of income. Sharif has always denied any wrongdoing and claimed that the charges are politically motivated.

After being convicted in the London properties reference by the accountability court, the IHC suspended his sentence until the final decision on his appeal.
Read more: Nawaz Sharif’s bail order – Saad Rasool

In the second case, he was jailed for seven years when the accountability court ruled that he was unable to show where he obtained the money he used to buy the Al-Azizia steel mill in Saudi Arabia. Sharif has challenged both convictions and the appeals process in both cases is ongoing.
Rizwan Shehzad

From Kartarpur To Dhaka, Fences that Keep South Asia Medieval