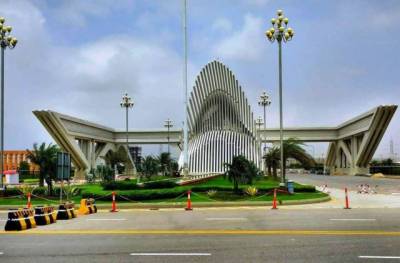 The Supreme Court on Friday ordered the authorities to unfreeze all bank accounts of Bahria Town and the Malir Development Authority, clarifying the earlier court orders.

Aitzaz Ahsan, counsel for Bahria Town, had petitioned the apex court saying private banks all over the country had frozen accounts of his client on the orders of the State Bank of Pakistan. Ahsan said due to the freezing of accounts, the real estate developer had not been able to pay staff salaries and carry out the development work.

Chief Justice of Pakistan (CJP) Mian Saqib Nisar said the court had not ordered to freeze accounts of Bahria Town, rather it had directed monitoring of two accounts. The chief justice observed that FIA exceeds its authority. The court also ordered to unfreeze accounts of the Malir Development Authority.

The CJ asked Ahsan why his client was still using Bahria’s name despite the court orders otherwise. The counsel replied that his client was given six months to change the name. He added that the renaming process was underway.

A local court in Rawalpindi had, in March 2015, barred Bahria Town CEO Malik Riaz from using Bahria’s name for his projects. Riaz challenged the decision in Rawalpindi sessions court but lost his case there too in August last year.

The directive to monitor accounts came in the ongoing fake bank accounts case. A joint investigation team (JIT) formed by the Supreme Court to probe the multi-billion rupee money laundering case had submitted its report to the apex court last month.

Challenge for the New Government; Constraining its Capacity to Finance – Inadequate Human Resources and Institutional Resource...