SC stopped us from becoming a “Gangster Heaven” 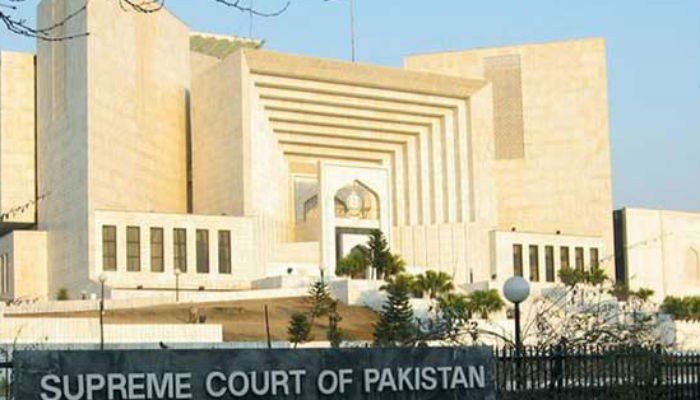 Consensus on matters ensuring security and welfare of the common man is rarely achieved by our parliament. Such unanimity is only displayed when their own self-interest is at stake, like approving increments in their salaries, added perks and privileges, etc. In October last year, all the parliamentary parties joined hands to delete as many as 19 declarations from the nomination papers to be submitted by candidates for the upcoming general elections, effectively eliminating key information about their education, close relatives, occupation, finances, net assets and liabilities, loan default, taxation returns and evasion thereof, criminal proceedings and business interests, etc. Unless they have something to hide what earthly reason can anyone have for not declaring truthful details about himself and his family?

In November last year, journalist Habib Akram challenged these amendments before the Lahore High Court (LHC). On June 1, 2018, Justice Ayesha Malik ruled that since the nomination forms did not include mandatory information and declarations required from lawmakers as per the Constitution and law, the ECP was ordered to ensure this information is included in the revised Form A ? for election to the NA or Senate ? and Form B ? a statement of assets and liabilities.

To her undying credit Justice Ayesha Malik wrote that the lack of disclosure and information through declarations made would essentially mean that a voter will not have the required information on the basis of which an informed decision can be made. Motivated and vested interest saw appeals being immediately filed against the LHC verdict in the Supreme Court (SC) by the ECP and former National Assembly (NA) speaker Ayaz Sadiq on grounds that this would delay the elections.

Our parliamentarians without due diligence want to contest the elections without fear of exposure like has happened to Nawaz Sharif. We are indeed blessed that our Chief Justice along with his fellow justices believes in not only the rule of law but the spirit driving the logic behind the law.

Reiterating that the elections would be held in time on July 25th, on June 3 a two-judge Supreme Court (SC) bench headed by Chief Justice (CJ), Mian Saqib Nisar, suspended LHC’s verdict, pending hearing by a larger SC bench. The ECP then ‘partially modified’ its earlier notification regarding the election schedule. Very surprisingly, Caretaker Prime Minister former Justice Nasirul Mulk also jumped in on the side of the politicians, directing the Attorney General’s Office to file an appeal against the LHC decision.

Read more: Fraud of Calibri Font: Disinformation and Cover Up by Pakistani Media?

Pending of the LHC judgment caused widespread unrest within civil society because it effectively allowed criminals to take part using money and strong arm tactics to buy votes. To quote a self-explanatory message immediately circulated on social media, “We concerned and affected citizens and voters would like to file a constitutional petition before the Supreme Court to protect our fundamental rights to a free and fair election by requiring all candidates to file full information and disclosure as required in the 2013 elections rules and enumerated in the LHC judgement of Justice Ayesha Malik in the nomination forms of candidates.

Her ruling reflects our concerns because in a self-serving legislation, parliament had recently mutilated the information and declaratory requirements of aspiring candidates to protect and promote their self-serving interests, thereby denying us basic information about their incomes and assets and those of their immediate family members. We regard the transparent availability of this information our fundamental right to enable us to make an informed assessment of the credibility and integrity of those soliciting our vote, to help achieve the overarching objective of a free and fair election. The LHC ruling that gave us back this right should not be overturned. We believe that the LHC ruling should be upheld.

This correction should not become a pretext for delaying the polls. The forms need immediate rectification, an action that should not in any way encumber the timely accomplishment of the election process. The revised forms can be uploaded on the ECP website in no time and candidates can download them, which should not lead to any delay in the timetable. The frenzy being created by some political parties about a possible delay is a bogus smokescreen to protect some of their candidates with potentially dubious credentials.”

Earning the gratitude of the masses by being most active in attempting to solve some of Pakistan’s adverse and damaging issues and holding powerful politicians accountable, Chief Justice Mian Saqib Nisar has upheld the judicial system’s integrity in more ways than one. In our 70-year judicial history, he is singlehandedly responsible for ushering in a unique era of justice, fairness and equality in effect he has given Chairman NAB former Justice Javed Iqbal ample space to go after wrongdoers.

To her undying credit Justice Ayesha Malik wrote that the lack of disclosure and information through declarations made would essentially mean that a voter will not have the required information on the basis of which an informed decision can be made.

A constitutional Pakistan was not required, what happened next was worse for our aspiring candidates, a nightmare. Within 5 days the SC effectively closed the legal loophole which would have helped tax evaders, criminals, loan defaulters, those with dual nationality, etc., be he or she a murderer, an extortionist, smuggler or even a rapist, etc, to enter Parliament. The rather Solomonic judgement by the SC ruled that the new forms mandated by Parliament would still be used but all the omitted details would be included in an “Affidavit” on stamped paper to be submitted by every candidate. Non-submission would mean automatic rejection of the nomination papers, any incorrect information submitted or information not included would be treated as perjury.

The “Declaration” has become far more potent than in its original form. Will tainted politicos (and friends and associates across the political divide) still submit their nomination forms for elections? Would they have the courage to risk open disclosure of their illegally acquired wealth? Because of time constraints please do consider my “60 plus 90 formula” where after elections in 60 days a 90 day period after the elections must complete accountability of all elected candidates.

Our parliamentarians without due diligence want to contest the elections without fear of exposure like has happened to Nawaz Sharif. We are indeed blessed that our Chief Justice along with his fellow justices believes in not only the rule of law but the spirit driving the logic behind the law. The PanamaGate exposed financial corrupt practices of our politicians, we are looking forward to the day when murderous potential of our feudals who not only operate outside the law but have the money to be so would be exposed. Without due diligence criminals were given free rein without scrutiny to legally enter Parliament in what had become somewhat of a “Gangster Haven”, the SC stopped us from becoming a “Gangster Heaven”.

Ikram Sehgal, author of “Escape from Oblivion”, is Pakistani defence analyst and security expert. He is a regular contributor of articles in newspapers that include: The News and the Urdu daily Jang. The article first published in Business Recorder and is republished with author’s permission. The views expressed in this article are the author’s own and do not necessarily reflect Global Village Space’s editorial policy.