Mistakes are an unavoidable part of life but Chaudhry is simultaneously celebrated, mocked and trolled over his frequent fumbles and crispy remarks on the television and social media. Lately, his memes have taken the mainstream and social media platforms by storm. Chaudhry, who has a very robust, funny and comical style use to criticize Opposition nonstop when he was the information minister. After taking charge of the science and technology ministry, hardly any day passes when he is not in news for his views and memes. 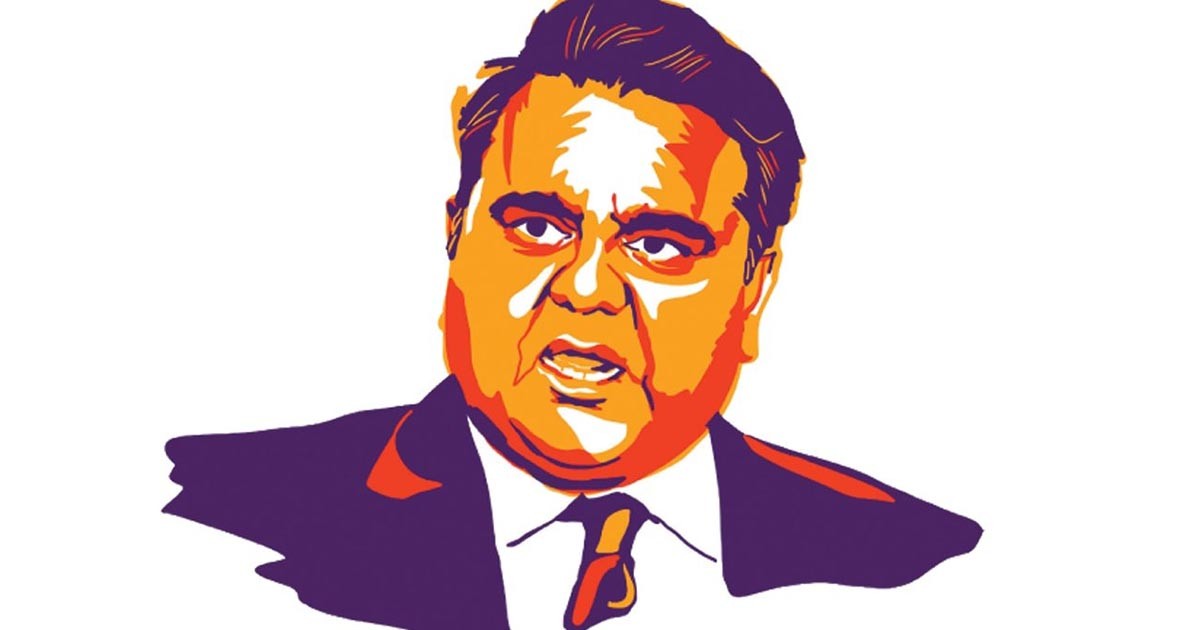 We expect our politicians to be competent, charismatic and sensible but what we usually get is a combination of different things – mostly a bit of everything and occasionally dearth of everything.

Some try to stay in news for their fiery speeches, while others make sure they are part of every talk show. The rest make their presence felt through social media, especially Twitter.

But who better fits the description in using the microblogging social network than the Federal Minister for Science and Technology Fawad Chaudhry, who often leaves people jaw-dropped and totally bewildered with his tweets on current political developments. Often, his tweets stir debate on religious, legal and social issues.

Mistakes are an unavoidable part of life but Chaudhry is simultaneously celebrated, mocked and trolled over his frequent fumbles and crispy remarks on the television and social media. Lately, his memes have taken the mainstream and social media platforms by storm.

Chaudhry, who has a very robust, funny and comical style, used to criticize opposition all the time when he was the information minister. After he was given the portfolio of science and technology, hardly any day passes when he is not in news for his views and memes. It won’t be an exaggeration to say that he has brought the ‘forgotten’ science ministry into the limelight. However, his remarks are not just limited to his ministry.

“I respect the ulema. I have given an opinion. Everyone does not need to agree,” he said, adding that it was time to utilize science and technology for the practice

Perhaps, that is the reason social media platforms stay abuzz with all kind of epithets, jokes, sarcasm and photo-shopped images of Chaudhry that leave people in fits of laughter or open-mouthed. The best of all this is the fact that he enjoys the memes. Recently, Chaudhry revealed that even Prime Minister Imran Khan sends him meme made on him.

Chaudhry says PM sent him Memes made on him

In a recent interview, Chaudhry said he enjoys memes by the social media trolls, adding even the Prime Minister Imran Khan could not resist sending him meme made on him. Chaudhry revealed that PM Khan’s meme stated: “marriage is not a game for children but is played for children.”

Chaudhry added not only he received funny memes but he often shares them with his friends as well. He has been subjected to immense mockery ever since he assumed the role of science ministry. In fact, memes on him are highly popular on social media that even makes his followers share them on social media.

A few days ago, he was mocked on Twitter after he claimed that it was Pakistani space agency SUPARCO, not NASA, which launched the iconic Hubble telescope.

Speaking in a program on a private TV channel, he said: “the world’s biggest telescope … was sent by Suparco [Space and Upper Atmosphere Research Commission]”.

Chaudhry said to the host: “… one of the ways to see is the Hubble Telescope, which is the world’s biggest telescope and was sent [into space] by Suparco, which is installed in a satellite.”

Nonetheless, Chaudhry has breathed new life into a redundant ministry of science ever since he assumed the charge. He has recently announced to organize the first-ever Pakistan Science Fair in August 2019.

Judges like Iftikhar Chaudhry should be held Accountable: Chaudhry

On Saturday, Chaudhry said that judges like the former chief justice of Pakistan Iftikhar Chaudhry should also go through the process of accountability.

In his tweet, the minister said: “As a result of two verdicts of the former chief justice of Pakistan Iftikhar Chaudhry and giving $100 million to lawyers as their fees, the country now faces a fine of $1.4 billion.”

“An incompetent judge becomes a nuisance. A change is needed in the process through which judges are appointed,” he said.

No Wisdom in Spending Millions on Moon Sighting: Chaudhry

Earlier, Chaudhry had questioned the wisdom in spending large sums of money on moon sighting every year, saying that the Ruet-e-Hilal committee should voluntarily carry out the moon sighting.

The minister had claimed that up to Rs4 million are spent on the moon-sighting procedure every year. “Where is the wisdom in spending Rs4 million on moon-sighting for Ramzan and Eid? At least the [Ruet-e-Hilal] committee should do it voluntarily. All around the world [the sighting] is done without remuneration,” Chaudhry had said.

“I respect the ulema. I have given an opinion. Everyone does not need to agree,” he said, adding that it was time to utilize science and technology for the practice. “Educated scholars are supporting my suggestion,” Chaudhry said, referring to his proposal to form a committee of tech experts to determine moon sighting for key dates and months in the Islamic calendar for the next 10 years.

However, the chairman of the Ruet-e-Hilal committee Mufti Muneeb-ur-Rehman had criticized Fawad Chaudhry’s suggestion and appealed to Prime Minister Khan to stop his ministers from commenting on religious matters.

In an image, Chaudhry can be seen portrayed as Albert Einstein. The social media users are comparing Einstein’s mass-energy equivalence formula E = mc2 with Chaudhry’s statement that said that Prime Minister Khan’s use of helicopter from Bani Gala to PM House costs around Rs 55 per kilometer.

Previously, social media had emerged with one image of the incumbent science minister turned into a female and sitting in the information minister’s office. 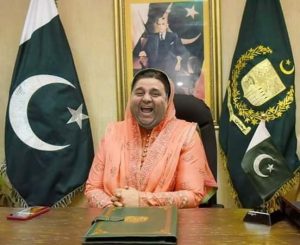 The photo-shopped image shows Chaudhry hilariously sitting in the minister’s office and laughing, perhaps, on the arrival of Firdous Ashiq Awan. Among other things, satirical comments on Chaudhry turned into a female sitting in minister’s office is one symptom and sign of the amazing level of creativity that exists in Pakistani social media scene.

Below are a few more memes of Chaudhry that have long amused the social media users.

Fawad Chaudary memes are next level. pic.twitter.com/IEAuJVL7bP— Quarantined in Kitchen (@hinasafi) May 14, 2019

and the saga continues…

Pakistan to pre-book 1.2 million doses of Covid-19 vaccine from Sinopharm

Jihadists get life for deadly 2015 Tunisia attacks on tourists