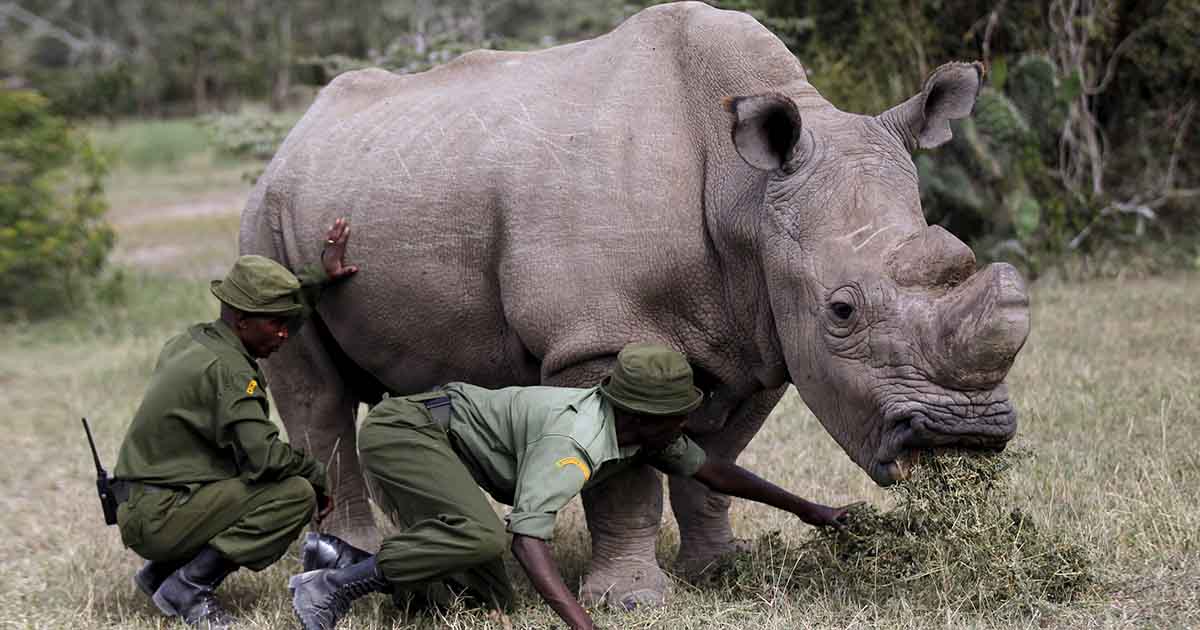 Richard Vigne, the CEO of Ol Pejeta Conservancy which houses the two rhinos, termed the exercise a historic milestone and a first step in saving the rhinos from extinction. “So what happened is a team of vets managed to remove 10 egg cells (oocytes) from the two remaining females, this has never been done before in the world.”

Vigne added that scientists want to fertilize the eggs with semen removed from Sudan before his death to create an embryo which will then “be frozen till the technology is available to grow them into a herd”.

The two surviving rhinos, a mother and a daughter called Najin and Fatu, live under 24-hour armed guard at Ol Pejeta in central Kenya.

He added that the scientists plan to use surrogate female southern white rhinos multiple times to create a herd of pure northern-white rhinos which will finally be reintroduced back to Central Africa, their original homeland where they were hunted for sport and their horn.

“Those eggs can’t survive by themselves; they have to be exported for fertilization in Italy within 24 hours…maximum 48 hours otherwise they will spoil. Also note that only 20% of the eggs will successfully become embryos.”

Vigne anticipates that within 10 years when the technology is available, “we might have a herd of around 20 rhinos”.

The rare rhino has been brought to the brink of extinction by poaching and loss of habitat. Loss of habitat is the other main threat and conservationists say governmental protection of parks and reserves is now essential.

The two surviving rhinos, a mother and a daughter called Najin and Fatu, live under 24-hour armed guard at Ol Pejeta in central Kenya.