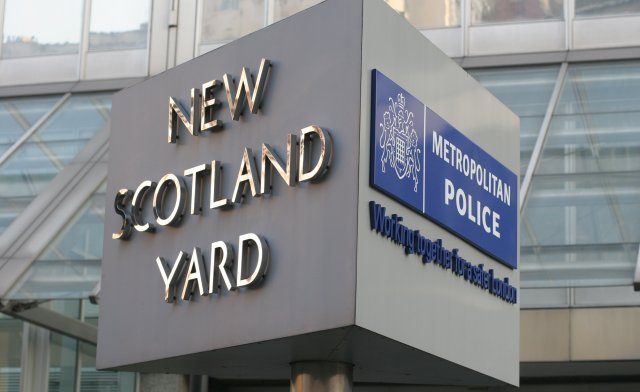 What does it mean? Especially coming at this time in Pakistani politics and at a very critical stage in Karachi’s history. For the past few weeks, with an open war of words going on between the three divisions of MQM, it had started to look as if Altaf Hussain had finally become history. So how the London Police decision affects the calculus? And what it tells of British foreign policy imperatives in Pakistan?

Turf war between the three division, three potential successors and progenies of Altaf’s leadership – Dr. Farooq Sattar, Nadeem Nusrat and Mustafa Kamal – had started to look real. In a tit for tat, Dr. Farooq Sattar who controlled the parliamentary party in Karachi expelled Nadeem Nusrat of London Secretariat from MQM and was expelled in return. Though, Mustafa Kamal, the former popular mayor of Karachi, now the founder of his Pak Sarzameen Party – commonly understood to be supported by Pakistan’s military establishment – had been attacking and rebuking both Farooq and Nadeem Nusrat of doing a ‘Noora Kusthi’ – fake wrestling – for public and media consumption to buy time. Many analysts suspected that all this is a smoke screen to let the dust settle on the crisis generated by Altaf Hussain’s Aug 22nd speech from London, that lead to violent attacks on  tv stations and deaths in Karachi- and a speech in which he blasted the state of Pakistan.

Across country’s politics’s Altaf’s emotional tirade and fulsome outbursts against ‘state of Pakistan’ were turned into an issue and MQM leadership suddenly went into defensive, though from London’s point of view the act of inciting violence, attacks on TV station and deaths were expected to be more serious – given British renewed commitment against hate speech and inciting violence from its soil after 9/11 and 7/7, plethora of laws made since then addressing these issue and the series of arrests and convictions on these counts. However the tardy, unenthusiastic actions of British police, in an area where robustness was only a fair and natural expectation lead credence to the fears that London’s decision making – on MQM and Altaf Hussain – is still being influenced not by standards of legal responsibility but by its foreign policy considerations.

Police and Intelligence community in Pakistan has long believed – and media and politicians have openly accused – that British Foreign Office and its external intelligence agency – MI6 – rely upon MQM and Altaf Hussain as their ‘strategic assets’ in ‘Sector South’ –  a term in which British coded messages describe Karachi. And that both British Foreign Office and MI6 have been influencing the London police, prosecution and courts in perceived ‘national strategic interest’.British diplomats in Islamabad have struggled hard to avoid any logical discussion on the issue of MQM, hiding behind mantras of ‘Autonomous Metropolitan Police’ and courts and due process of law and related gibberish, which increasingly became more and more unintelligent. Owen Bennet Jones, celebrated British journalist and author’s several investigative pieces describe these arguments in detail. His July 2013 longish piece, published in Guardian, provides a good summary and is a must read for all those wanting to understand more: Altaf Hussain, the notorious MQM leader who swapped Pakistan for London.

But despite these paranoid fears that British political establishment stands behind a ‘militant organization and its activities that in post-9/11 scenario can only and only be described as ‘urban terrorism’ there has also remained a strong innocent belief that Great Britain after all has its standards of fair play, and its commitment against violent extremism and terrorism. This belief in ‘English fair play’ a kind of ‘moral superiority’ upon the ‘desi cultures’ kept on inspiring hopes that ultimately British system will be compelled to hold Altaf Hussain accountable for his various actions – including the alleged murder  of Dr. Imran Farooq in London, popularly believed to be committed on British soil on Altaf’s instigation. In August 2016, these hopes were again rekindled because this time around, Altaf Hussain’s incitement to violence was on audio-video record, and easy to document for purposes of prosecution; if anyone was interested. Behind Pakistani hopes lay another tragedy: any politician convicted by Pakistani courts will always be able to claim ‘political victimization’ and such convictions don’t affect his political fortunes and following. So Pakistanis had naive hopes that ‘politics ends at Heathrow’

However, Owen Bennet Jones, recent piece of 16th September 2016, in The Dawn – Situationer: Politics, not law likely to decide murder probe – laid rest these hopes. Though it was mostly in the context of old murder case of Dr. Imran Farooq, but it ended up spilling the beans that British political establishment has too many sides – including the Indian interests – to cover and even money laundering case may in the end be decided not by exigencies of law but by politics. In this respect his BBC piece of 2015 also warrants a good look, especially if read with Sept 2016 piece; though in his BBC piece, he appears to be mostly quoting Pakistani sources but then witnesses against Altaf had deposited these details – of Indian funding – with British Police; here is a link: Pakistani MQM received Indian funding, BBC

This piece is now again worth reading; Owen argued that its now getting clear that had MQM been a ‘Jihadi Organization’ it would have been charged long time ago. Ironically, he mentions that most under investigation expected to be charged and their lawyers had already told them so as something inevitable. In other words, for western political establishments – never tired of condemning Pakistani Military on ‘good and bad assets’ the distinction between ‘Jihadi’ and ‘Non-Jiahdi’ violence or terrorism holds ground. And ‘Non-Jihadi Terrorists’ the kinds of one that killed thousands in Karachi, can be valuable assets – as they have been in the ‘Sector South of Pakistan’. Karachi police and Pakistani intelligence also believe that ‘Safoora Goth Attackers’ who massacred Ismailis and were also responsible for the murder of Sabeen Mehmood of Cafe Second Floor, were assets of another ‘regional agency’ considered ally by western agencies in ‘Sector South’. (though not a western agency) – Arrested Safoora Attack mastermind behind Sabeen’s murder

While exigencies of state craft are often complex and machiavellian and serious students of international relations ought to understand that without much hype and excitement. But this ‘machiavellian aspect of state interests’ of western agencies for most Pakistanis would be more digestible if both the British and their US allies would not be continuously lecturing everyone across the world – including Pakistanis – in high moral or ‘post-historical’ tones.

But Scotland Yard’s decision is not a development in isolation. It has landed amidst what appears to be a changing context for Karachi’s politics, where efforts to revive and support a fading Altaf Hussain are now taking some kind of shape – or there is an impression like that. In this respect the Dunya News discussion, which I recently had with Karachi’s prominent politician, Nabeel Gabol, becomes relevant. Gabol hinted, or call it predicted in almost a breaking news manner that Prime Minister Nawaz Sharif has decided and instructed his people to help revive Atlaf Hussain’s fading politics. Here is a link to that discussion.

Gabol – who has been with both PPP and MQM – is a great insider of Karachi politics. He explained that now in changed political scenario of Pakistani politics, PM Nawaz believes that reviving Altaf will be helpful. And this is a strategy he shares with Ex-president Asif Ali Zardari. This brings us to the recent unusual statements of Bilawal Zardari Bhutto, when he claimed that he has never considered ‘Uncle Altaf as a traitor’. On the same day, this was stated in a Nation newspaper interview by ANP leader, Senator Ilyas Ahmed Bilour – Altaf is not a traitor – Senator Bilour. It was soon followed by PPP Sindh minister, Nisar Khurro, asserting that Altaf is not a traitor – Minister Refuses to call Altaf a traitor

Police and Intelligence community in Pakistan has long believed – and media and politicians have openly accused – that British Foreign Office and its external intelligence agency – MI6 – rely upon MQM and Altaf Hussain as their ‘strategic assets’ in ‘Sector South’ –  a term in which British coded messages describe Karachi.

If suddenly these different talking heads – though allies strategially joined at the hip – have started harping on the same theme then it cannot be without significance. Scotland Yard’s decision of dropping investigations against Altaf Hussain then coming right now at this stage means that London and its agencies – interested in South Sector – have also assessed that Altaf Hussain may have been weakened but he is not finished and can still be valuable in shaping things on ground. After all don’t forget that James Bond – may not be as handsome as Roger Moore or Timothy Dalton in real life – worked for MI6.

But will Altaf’s revival taking place in a vacuum? will this be disconnected with several other things happening in the region? With a popular massive discontent disturbing Modi government in Kashmir, with Indian needs to divert attention by turning this into Indo-Pakistani tension, with PM Nawaz under pressure due to Imran Khan’s threats of closing Islamabad on 30th October, with agitated Dalits and Muslims trying to align together in the forthcoming elections in UP and Gujrat expected by the beginning of next year, with little international reaction on Indian claims of ‘so called surgical strikes’, and with several things happening that fit the ‘Wag the Dog’ theme – like the hyped up leaks done by the PM’s Office against its own military & then the calculated ECL drama to create international stir around an otherwise dead story – All these give reason to fear that something – totally unexpected, out of box, something ugly- may happen on or before 30th October. Lets watch carefully for more signs.

Moeed Pirzada is prominent TV Anchor & commentator; he studied international relations at Columbia Univ, New York and law at London School of Economics. Twitter: MoeedNj. The views expressed in this article are the author’s own and do not necessarily reflect Global Village Space’s editorial policy. This piece was first published in Moeed Pirzada’s official website. It has been reprinted with permission.

Previous articleNawaz, Modi, Dawn & Pakistan Army: What is happening & Why?
Next articleA New Weapon in Russia’s Arsenal, and It’s Inflatable

Altaf Hussain meets US Congressman in London: Is it Agartala 2.0?