The death toll from a powerful earthquake in eastern Turkey rose to 38 as rescue workers raced against time Saturday to find survivors under the rubble. 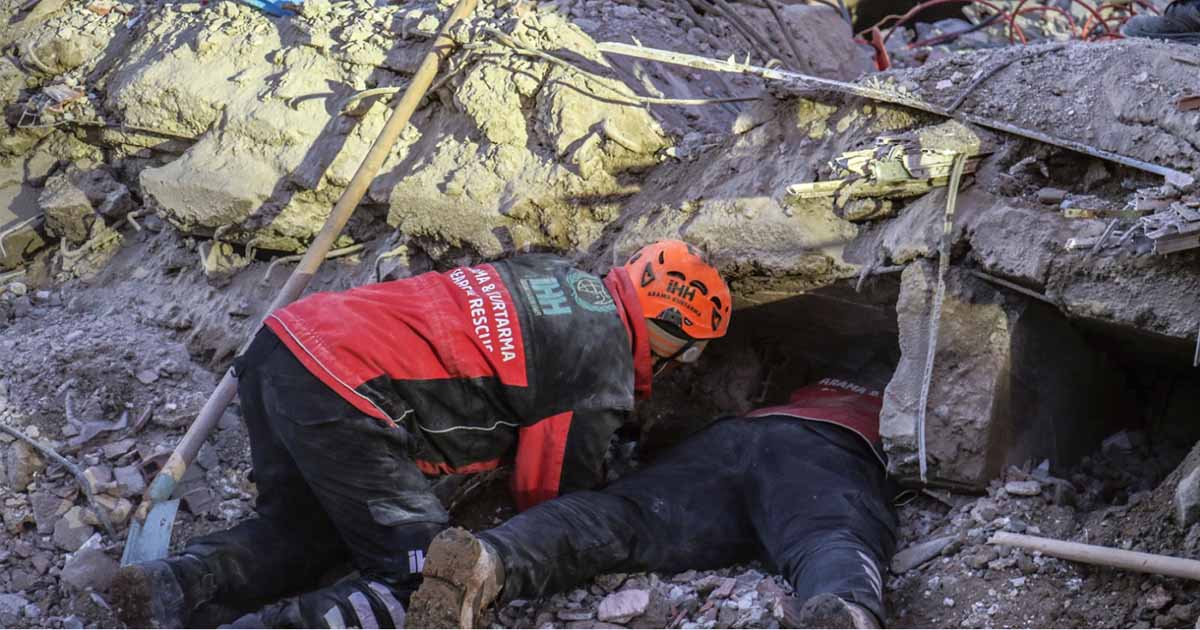 The death toll from a powerful earthquake in eastern Turkey rose to 38 as rescuers raced against time Saturday to find survivors under the rubble.

The magnitude 6.8 quake struck Turkey on Friday evening, with its epicentre in the small lakeside town of Sivrice in Elazig province, and was felt across neighbouring countries.

The Turkish government’s disaster and emergency management agency (AFAD) said 29 died in Elazig and in nearby Malatya while nearly 1,500 had been injured. While other sources confirm that the death toll has risen 38.

The update came as a quake with a 5.1 magnitude hit Sivrice later Saturday.

President Recep Tayyip Erdogan cancelled a speech in Istanbul and attended the funeral of a woman and her son in Elazig. He later visited Malatya.

He vowed the state would do “everything we can” to help those affected in a disaster he described as a “test”.

AFAD said 43 people had been rescued alive from collapsed buildings in Elazig. An estimated 19 others remained trapped in the rubble.

Turkish news channels showed live images of people rescued. Among those pulled out alive was a woman called Azize who had contacted emergency authorities and spoken to a rescue worker by telephone, state news agency Anadolu reported.

Almost 24 hours after the quake, officials then rescued a woman and her two-year-old child in her arms alive, CNN Turk broadcaster reported.

Over 3,500 search and rescue personnel were working in the region while tens of thousands of beds, blankets and tents have been provided, the presidency said.

The rescue efforts have been taking place in freezing temperatures as wood and plastic were burned to keep crowds warm.

Hundreds of people anxiously waited on the other side of police barriers including a man who gave his name as Mustafa.

“I have three relatives in that building: one man, his wife and her mother,” the 40-year-old told AFP.

“I was home during the earthquake. It lasted for so long, it was like a nightmare. I froze in the living room when it happened, my wife and our two children were screaming and running around,” he said.

He added that some neighbours jumped out of the windows in panic as families including his were forced to spend Friday night on the streets.

Rescuers cleared the rubble one bucket at a time surrounded by broken wooden beams and concrete.

Sivrice – a town with a population of about 4,000 – is situated south of Elazig city on the shores of Hazar lake – one of the most popular tourist spots in the region and the source of the Tigris river.

The lake is home to a “Sunken City”, with archaeological traces dating back 4,000 years in its waters.

Among the 1,466 people injured were residents in other southeast provinces including Diyarbakir and Sanliurfa.

Tensions were high as one resident accused the government of lying.

“They (the government) claim that only four people are trapped under the rubble. It is not true. I have five relatives in that building,” Suat, a 45-year-old butcher, said.

“There are four floors and three flats per floor. If there were five people per flat, do the math. Why are they lying?”

Suat described the moment when the quake struck as he was at home in another neighbourhood and his children “were screaming in terror”.

The Ankara public prosecutor’s office said it had begun an investigation into “provocative” social media posts but did not give further details.

Deeply saddened by the loss of so many precious lives and of hundreds injured in Turkey’s earthquake. Our thoughts and prayers are with the brotherly people and government of Turkey. Pakistan stands by them and is ready to lend any assistance in this hour of need.

The tremor was felt in several parts of eastern Turkey near the Iraqi and Syrian borders as well as in Iran, Lebanon and Syria.

Officials said 72 buildings had collapsed while 514 were badly damaged and 409 had limited damage in the affected region.

The US Geological Survey assessed the magnitude as 6.7, slightly lower than AFAD, adding that it struck near the East Anatolian Fault in an area that has suffered no documented large ruptures since an earthquake in 1875.

There have been 462 aftershocks including 14 that were above four in magnitude, AFAD said.

In 1999, a devastating 7.4 magnitude earthquake hit Izmit in western Turkey, leaving more than 17,000 people dead including about 1,000 in Istanbul.

Experts have long warned a large quake could devastate the city of 15 million people, which has allowed widespread building without safety precautions.

Such fears were acutely awakened in September last year when a 5.7-magnitude earthquake shook Istanbul, causing residents to flee buildings in the economic capital.

Will Trump continue with the drone wars?

Turkey receives S-400 system from Russia despite US concerns