Askari Cement's Manager Sales & Logistics Abbas Khan says the government no longer looks serious about implementing the axle load limit. He suggests that if the government decides to implement the policy, then it should do it in two or three phases over the next couple of years so that a balance can be maintained by the cement industry. 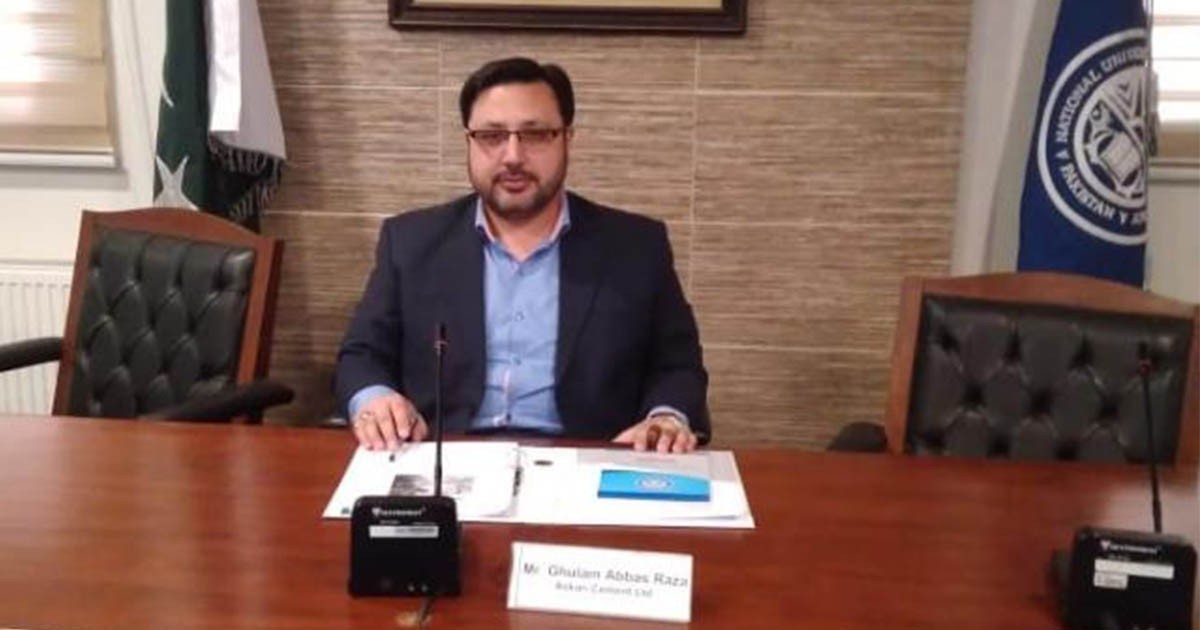 Najma Minhas, the Managing Editor of Global Village Space, recently sat down with the Manager Sales and Logistics Askari Cement, Abbas Khan, to understand the axle load policy and the hinderances in its implementation. Khan explained the situation in detail, saying a major drawback of the policy is its selective implementation within the country.

GVS: What are your views on the government’s implementation of the axle load limit, and how does it affect your industry?

Abbas Khan: Successive governments have tried to implement this law in different tenures, since the National Ordinance 2000 was passed, but faced resistance from the transporters. This government took transporters on board and communicated to them how they would benefit. It also had some preliminary discussions with the chambers of commerce, but then went ahead and enforced it on June 1, 2019.

Soon after implementation, Industries started opposing this law, including the Karachi Chambers of Commerce. Since it was immediately implemented in Karachi – it especially affected Karachi importers; trucks suddenly reduced the weight they could carry, and there was an immediate shortage of trucks.

This led to time delays and demurrage costs for them at ports, and so on. Industry and chambers of commerce protested and held meetings with the ministry of communication. The government, on June 20, 2019, issued a letter saying they will defer implementation of the law for ninety days.

They announced that they would look into and assess issues faced during the execution of the axle load limit, and after taking all parties on board, further decision will be made.

In the middle of all this, transporter unions knocked at the door of Islamabad High Court and took the stand that nobody has the right to defer the law unless it is being amended. The Islamabad High Court gave a verdict favoring them in July and ordered the government to implement it in true spirit.

GVS: What was Industry’s response towards this?

Abbas Khan: When the government implemented this law, various industries went to the Sindh High Court in August 2019, expressing their concern. The government experts cited international regulations implemented in various countries to show its need. They believe this will save road maintenance costs, safety, and health issues as overloaded trucks cause accidents, and so on.

However, after industry representations to the PM and other departments, enforcement has been relaxed. The axle load limit dictates offloading overloaded trucks, and fining the driver and confiscating documents. If it is repeated over and over again, then there are other stricter punishments.

Currently, the trucks pay a small penalty or ‘chai money’ to the enforcer and go through unimpeded. For industry, there is a viability issue at stake; all our transportation and freight costs were estimated on existing weights. Another major drawback of the axle load limit is its selective implementation within the country.

Enforcement only took place on motorways, and national highways or where weigh-bridges existed, while provincial highways and many other roads were excluded.

It disturbs the overall balance for industry players; for instance, the transportation charge of one cement bag was around Rs 60 from the Nizampur factory plant to Gujranwala, but after the axle load limit, it increased to approximately Rs 90 per bag. Similarly, our transportation cost of cement from Nizampur to Lahore, which was around Rs 70 per bag, boosted to nearly Rs 110 per bag.

GVS: What was the reason for this increase in rates to the industry?

Abbas Khan: The reason is the behavior of transporters; previously, they were carrying 640 bags per vehicle, and after the axle load limit, it fell to 320, half of the previous bags. Truckers charge by the ton. One ton has around 20 bags, so transportation is Rs/ton. So, the cost to Lahore, which was Rs1400/ton, is now Rs 2000/ton.

Truckers increased prices, arguing that they are bearing the same expenses before and after the axle load limit. Such as the cost of diesel, the distance covered, wear and tear of trucks, and so on. So, they hiked up prices, and since there are not enough trucks in the market, they can get away with it. They refused to take goods on the old cost.

At the same time, some of our competitors benefited because they were moving goods from plants to other cities via roads that had no implementation of the load limits. Here we are hit twice – since due to our location we have to use double the trucks not to exceed the weight limit – and when there is a shortage of vehicles, fewer goods can be carried.

Read more: Amid an economic slowdown, Pakistani cement exports are looking up

Both these things have whacked our volume market share unfairly. Furthermore, while the government has shown some relaxation, police are still sometimes offloading overloaded trucks, and fining them or police takes money from them; this has given the truckers a new argument.

Now truckers argue that we are paying fines so we can’t go back to previous charges, so currently, despite government relaxation of the law, we are paying around Rs1800/ ton – truckers have not taken it back to where it was before. If the government applies it uniformly across the country, then there is no issue since then there will be a level field for all of the industry.

The Transporters Association says that there are sufficient trucks – in fact much more than what cargo needs in the country already – and the government should implement the law straight away. If that were the case, then simple demand and supply would have meant that there should have been no increase in truck rates! Which is obviously not the case.

Truckers increased their prices as soon as the government announced that it was implementing the policy. The shortage of vehicles is probably about 30% if the axle load limit is applied uniformly, so around one lakh new trucks are needed.

GVS: What is your solution for the government?

Abbas Khan: The government no longer looks serious as it was initially. However, if the government is serious about implementing the axle load limit, then it should implement it in two or three phases over the next couple of years so that a balance can be maintained by the cement industry. They need to ensure that vehicle availability is paramount – this will also ensure that freight prices do not jump unreasonably high.