Speculations circulating in the capital indicate that Shabbar Zaidi was offered the position of Special Adviser to the Prime Minister on Revenue, which he declined to accept, as the position of the FBR Chairman retains greater power and authority. 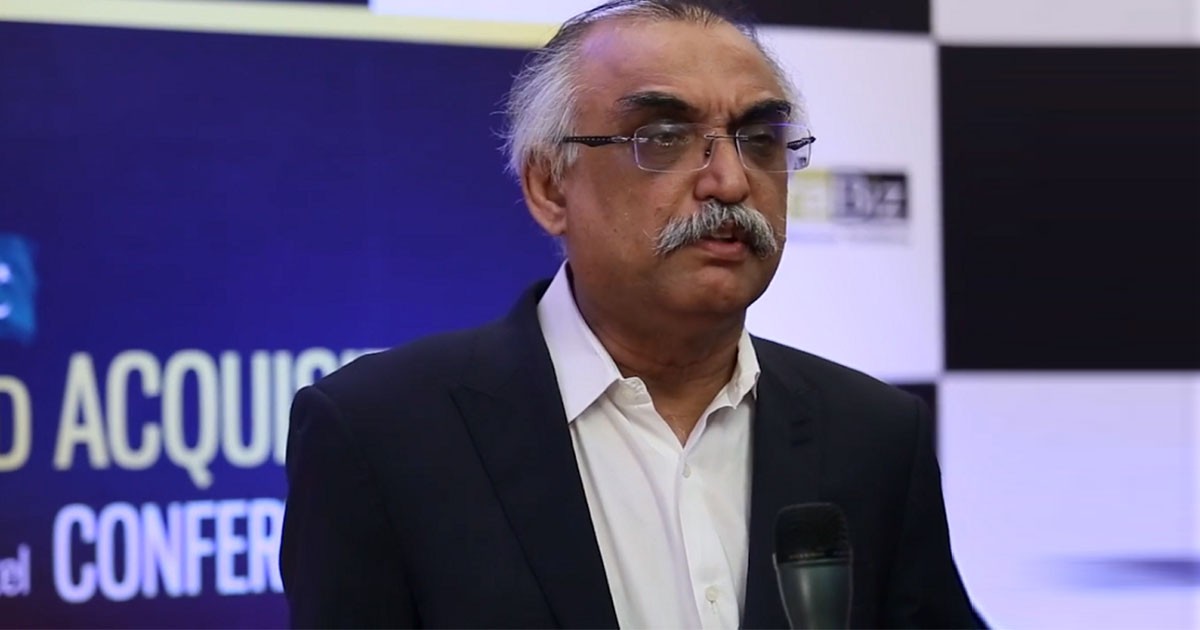 The Federal Board of Revenue (FBR) is been gripped with uncertainty as the capital is abuzz with the news of FBR Chairman Shabbar Zaidi’s rejection of the position of Special Assistant to the Prime Minister on Revenue.

This new development in the political grapevine emerged on Wednesday, earlier; reports were circulating regarding Mr. Shabbar Zaidi’s replacement as the FBR Chairman. Sources suggested that it was possible that Shabbar Zaidi could be promoted in the ranks of ministers, and he might be appointed on the position of Minister of State for Revenue, which was left vacant in the wake of Hammad Azhar’s appointment as the Federal Minister of the Economic Affairs Division.

Another major shuffle on the cards in the economic machinery. Shabbar Zaidi to be removed as FBR Chairman and made Special Assistant to PM on revenue.

The sources had divulged that it is even likely that Shabbar Zaidi could become the Special Adviser to the Prime Minister on Revenue. However, recent reports indicate that when inquired, the FBR Chairman declined the offer to become a Special Assistant to the Prime Minister on Revenue, primarily because the position of the FBR Chairman provides more authority and power as compared to an advisory role.

Reports indicate that Prime Minister Imran Khan had cancelled a provisional meeting with the FBR team on Wednesday, the second in a row during the past two weeks. Sources divulged that this indicates that the Prime Minister is unsatisfied with the performance of the tax generation body.

Prime Minister Khan had threatened to abolish the Federal Bureau of Revenue, and establishing a new taxation body, but no details emerged on this matter.

The final decision lies with the Prime Minister, however, sources indicate that the premier is unsatisfied with the performance of the FBR, and is allegedly holding the high rank officers responsible for the fiscal challenges faced by the economy.

The sources added that on Monday night a scribe was sent to the FBR Chairman Shabbar Zaidi, to inform him about his promotion to the rank of Special Adviser to the PM on Revenue. However, Shabbar Zaidi declined to discuss the promotion, and added that the matter will be discussed at another occasion.

Shabbar Zaidi, renowned economist, was appointed as the FBR Chairman on 10th May, on orders of Prime Minister Imran Khan. When questioned upon the circulating reports, Shabbar Zaidi was unforthcoming, and maintained, “I wish to refrain from commenting, the decision lies with the Prime Minister.”

In the past, reports had circulated indicating that Prime Minister Khan had threatened to abolish the Federal Bureau of Revenue, and establishing a new taxation body, but no details emerged on this matter.

Prior to the announcement of the budget in June, Prime Minister and his close advisers directed NADRA officials to present their proposition, and they presented a proposal for widening the taxation net. However, the FBR had strongly opposed the proposal, and argued that taxation remains the prerogative of the FBR, and no other department should be allowed to interfere in another’s domain.

The government is likely to appoint Jahanzeb Khan as the Chairman after Shabbar Zaidi is promoted to a Special Assistant.

Another source reveals that the Prime Minister is prone to making last-minute changes in his Federal Cabinet, and at present, two new appointments are under review. No names were divulged, however, the source added that one of the two new inductions could be Shabbar Zaidi.

Reports circulating on leading news platforms indicate that sources from within the FBR believe that there is visible distrust and lack of faith between the FBR Chairman and the members of his team. The sources added that the Chairman does not share crucial information with the members positioned under him at the FBR.

When questioned about changes within the top-tier positions in the FBR, Shabbar Zaidi had said, “We intend to make some long-term changes, however, no transfers will be ordered on an impromptu basis.” Zaidi had added that all the tax officers will have to perform their scheduled duties until a final decision is taken.

Read more: No freezing of bank accounts without prior nod, notice: FBR Chairman

The communities of traders and businessmen have been protesting against the measures of revenue generation and taxation proposed in the budget 2019-20. The FBR Chairman has held multiple meetings with delegations from the trader community, and these meetings turned into heated exchanges, which can be seen in video clips circulating across social media.

Heated meeting of #Karachi trades with Chairman FBR Shabbar Zaidi and other Government officials on tax initiatives in #Budget2019. Traders and transporters have announced strike. pic.twitter.com/VwMU1p0Kw2

One of the demands of Traders is to remove Shabbar Zaidi from the post of Chairman FBR. Will @ImranKhanPTI take a stand for Shabbar?— Adeel Raja (@adeelraja) July 17, 2019

Reports indicate that representatives of the trader’s community have also protested the appointment of Shabbar Zaidi as the FBR Chairman at the highest levels in the power architecture.

Traders are worst than prostitutes journalists. They make billions but do not pay their due taxes. FBR employees are instigating traders 4 strikes against Shabbar Zaidi. Imran Khan should not bow down to illigetimate demands of traders @ImranKhanPTI https://t.co/54tsiXqSKz— Manzoor Ahmed (@Manzoor65096707) July 17, 2019

It is difficult to conclude whether this agitation and protest emerging from the trader’s community against the appointment of Shabbar Zaidi is the sole reason why the premier is considering his replacement. Before serving as the FBR Chairman, Zaidi was an economic adviser for major businesses and corporations across the country, advising them on their taxation matters and dealings with the FBR.

Another source reveals that the PTI-government’s search for a suitable candidate to assume the position of the FBR Chairman is ongoing in the Cabinet Division. The government is likely to appoint Jahanzeb Khan as the Chairman after Shabbar Zaidi is promoted to a Special Assistant. The sources added that earlier, Jahanzeb Khan was offered the position of the Secretary of Economic Affairs Division, however he declined the offer.

Reports indicate that Younas Dagha is another candidate, who had been recently removed from the position of Finance secretary. Member Inland Revenue Operation Seema Shakil and additional secretary finance Mujtaba Memon are also being considered for the post.