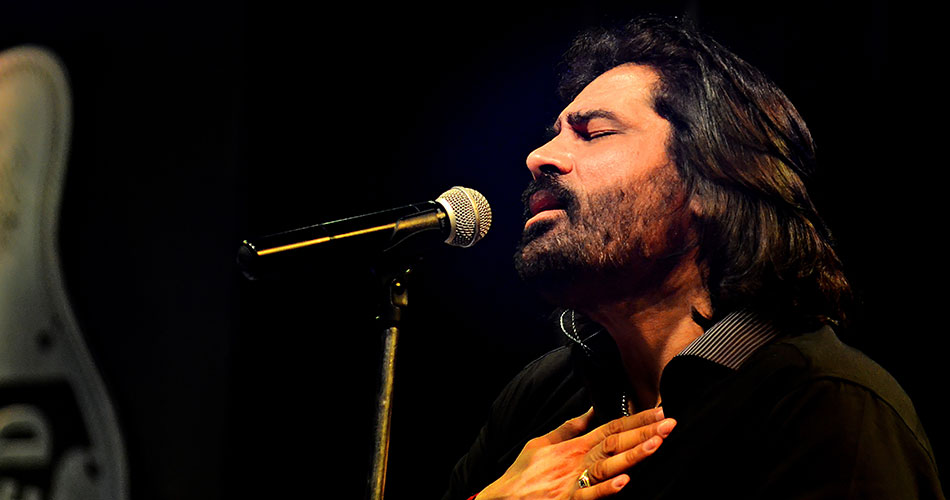 Pakistani singer Shafqat Amanat Ali believes India must uplift the ban imposed on Pakistani artists. He expressed his views in a telephonic interview with Indian publication.

The actor further stated that he missed performing in cross-border Indian and that the Indian film industry must reconsider their rigid decision that has brought to halt the entertainment ties between the two countries. Shafqat further added that the entertainment industry is a “soft target” for governments of both the countries.

“Art and entertainment industry is a soft target. They know that they can’t fight back, so just ban it. It is very easy. Otherwise, there is a lot of trade that is happening between India and Pakistan,” says Shafqat.

He expanded, “If you go to the Attari-Wagah border, one can see trucks bringing goods and exchanging goods from both the sides. That import and export business is running full-fledged. People are waiting with their trucks and are off-loading.”

“If we stop that, it would lead to chaos. But they know that they if they put a ban on artists or actors or people who are related to art, they will express themselves through media or social media platforms. Nothing else.”

India had banned Pakistani artists performing in India after Uri attack which consequently led to the cancellation of Shafqat Amanat Ali’s concert in 2016. The political tensions also triggered the ban from Pakistan on the screening of Indian movies. Over time, Pakistan, however, relaxed its stance and the screening of Indian movies resumed in cinemas across the country.

Read more: Sonu Nigam clarifies his statement of ‘better off being from Pakistan’…

“If you talk to people who visited Pakistan to support their team in the last India-Pakistan match, [they will say] they went back after a very emotionally charged trip. They were given so much love. And we also received a lot of love, respect and appreciation for our work in India. I miss performing in India and it is high time that they lift the ban,” he said.

Shafqat believes there “is a lot of other stuff which we can do positively and we are not doing that.”

Why did IHC dismiss petition against Justice Azmat Saeed’s appointment?

Is secular fundamentalism the answer to religious extremism?

Govt behaviour on By Polls show difference between PTI & others