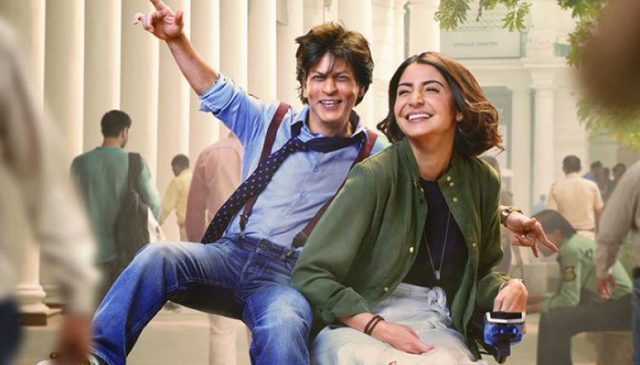 Since the release of the teaser trailer for the film, there has been much hype surrounding Shah Rukh Khan’s upcoming film Zero. The upcoming Indian romantic drama sees King Khan play a dwarf who falls in love with a famous actress, the role played by Katrina Kaif.

The two are joined by Anushka Sharma who plays another pivotal role in the film. The trio previously collaborated in 2012’s Jab Tak Hai Jaan. And although expectations are high, they seem to have come very close to reaching the stars, with the film currently being shot in NASA.

Thank u all for making Zero feel like a Hero. Sometimes our importance in life is not who we are, but what we make others become by our presence in their lives. @aanandlrai ‘s ‘Zero’ stands for that. #Zero20Million
— Shah Rukh Khan (@iamsrk) January 5, 2018

Read more: Shahrukh Khan declares women should be respected for speaking out on…

The production for the Anand L. Rai movie is in progress but it is expected that it will wrap up soon. The climax of the film is being shot in NASA and is said to be something “out of this world”. Reports suggest that the film is going to be a straight 45-day shoot and thus much of the cast has been present in the USA.

The interesting concept of the film and the star-studded cast is sure to line up cinema halls when the film releases on 21st  December.

While this is the first time Anushka Sharma will be shooting at NASA Headquarters, Shah Rukh Khan has been there once before during the shooting of the memorable cult classic Swades. It is rumored that Sharma will be playing the role of a NASA scientist.

Zero is among the most anticipated films of the year, with the teaser trailer already racking up 18 million views. The film is also set to feature special appearances by Bollywood heavyweights like Salman Khan, Deepika Padukone, Rani Mukerji, Kajol, Juhi Chawla, Alia Bhatt, Karishma Kapoor and in what would be her last appearance, Sridevi. For Shah Rukh Khan and Anushka Sharma, this will be their second appearance together in two years, since the release of the critically panned Jab Harry Met Sejal. This will mark Kaif’s first role since her successful movie Tiger Zinda Hai.

The interesting concept of the film and the star-studded cast is sure to line up cinema halls when the film releases on 21st  December.

Of all characters Disney could pick from Aladdin for spin-off: They chose the ‘Only White’ character

The magical world of a mother