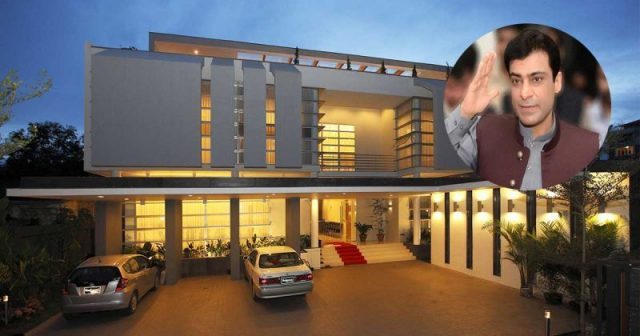 The Pakistan Muslim League-Nawaz (PML-N) is facing several challenges since the disqualification of its premier Mr. Nawaz Sharif. The situation became even worse as the National Accountability Bureau (NAB) arrested the president of the party on Friday. To pacify the angry voters of PML-N, the party leadership tabled a resolution condemning the arrest of Leader of the Opposition in the National Assembly Shahbaz Sharif in a corruption probe on Saturday.

It is worth mentioning here that the PML-N president was arrested by NAB on Friday in the Ashiana Iqbal Housing Scheme case and was produced before the accountability court Judge Najmul Hasan. The court granted a 10-day physical remand of Shahbaz to NAB. The opposition leader is being investigated by the watchdog now.

The entry of Nawaz can be viewed as a desperate attempt to give the impression of revitalized and still relevant PML-N. It can also be viewed as an attempt to bridge the leadership vacuum at the top.

The resolution tabled by the PML-N leaders stated that below-the-belt tactics are being used to save a failed government. Mr. Hamza Shehbaz, son of Shahbaz Sharif and opposition leader in the Punjab assembly, right after the arrest of his father said that his father and the PML-N were being targeted by the government in order to sideline the popular party (PML-N) from the upcoming by-elections.

The resolution tabled in the Punjab assembly also adds that the protests will be carried out throughout the country if Shahbaz Sharif is not released before the by-polls. It is important to mention here that the Election Commission of Pakistan (ECP) is all set to hold the by-elections for 11 parliamentary seats and 19 provincial assembly seats on Oct. 14. The ousted Prime Minister Nawaz Sharif who was recently released on bail on the orders of the Islamabad High Court (IHC) has also commented on the arrest of his younger brother.

Nearly three weeks after his release from jail, the supreme leader of the Pakistan Muslim League is set to resume political activities from Monday Having blasted the arrest of Shahbaz as “ridiculous”, the elder Sharif has convened an emergency meeting of the party. Nawaz Sharif also warned that the PTI government should prepare itself for the treatment in the future what it is giving out to its political opponents because this is how nature works.

The ousted Prime Minister Nawaz Sharif who was recently released on bail on the orders of the Islamabad High Court (IHC) has also commented on the arrest of his younger brother.

Analysts point out that contrary to the claims being made by the PML-N, the ongoing inquiry against the former CM Punjab and his arrest is likely to benefit the opposition. as a matter of fact, the PML-N had nothing to sell out in ahead of the by-elections since its premier and his daughter are out of the prison, the new government is in the office and can’t be held responsible for economic instability because it has spent less than 50 days in power.

In this scenario, when the PML-N had nothing to appeal the voters and present its case, the NAB has provided them with a victim card which is likely to benefit the party.  Observers believe that whatever the opposition is doing is just to pretend as if the arrest of Mr. Shehbaz has adversely affected its political agenda. In actuality, it is the arrest of the opposition leader which has given a reason to the PML-N to go to its voter and demand political support.

Though banking on the victim card may not be the saver the PML-N wants. Voters of Punjab have a tendency in by-polls to disregard what they think are weak parties and candidates and instead go for those in power. This explains much of the electoral performance over the years. For many, the disqualification of the once powerful Nawaz and now the arrest of Shahbaz shows that the power of the Sharifs is spent. The end of the PML-N’s reign in Punjab is another factor.

The entry of Nawaz can be viewed as a desperate attempt to give the impression of revitalized and still relevant PML-N. It can also be viewed as an attempt to bridge the leadership vacuum at the top. It can be concluded that while the PML-N may gain sympathy, the pragmatic and realistic voter is likely to favor the party in power as it can only address their issues.

Donald Trump Says He Will Accept Election Outcome (‘if I Win’)