Parvesh Verma, BJP’s candidate for Delhi elections, in a scathing statement said "Shaheen Bagh protestors will enter your house and rape your daughters and sister" during his election campaign. He even expressed his fearsome intention to raze the mosques built on government lands, a symbolic expression of the ruling dispensation of intolerance and disdain towards the Muslim community. 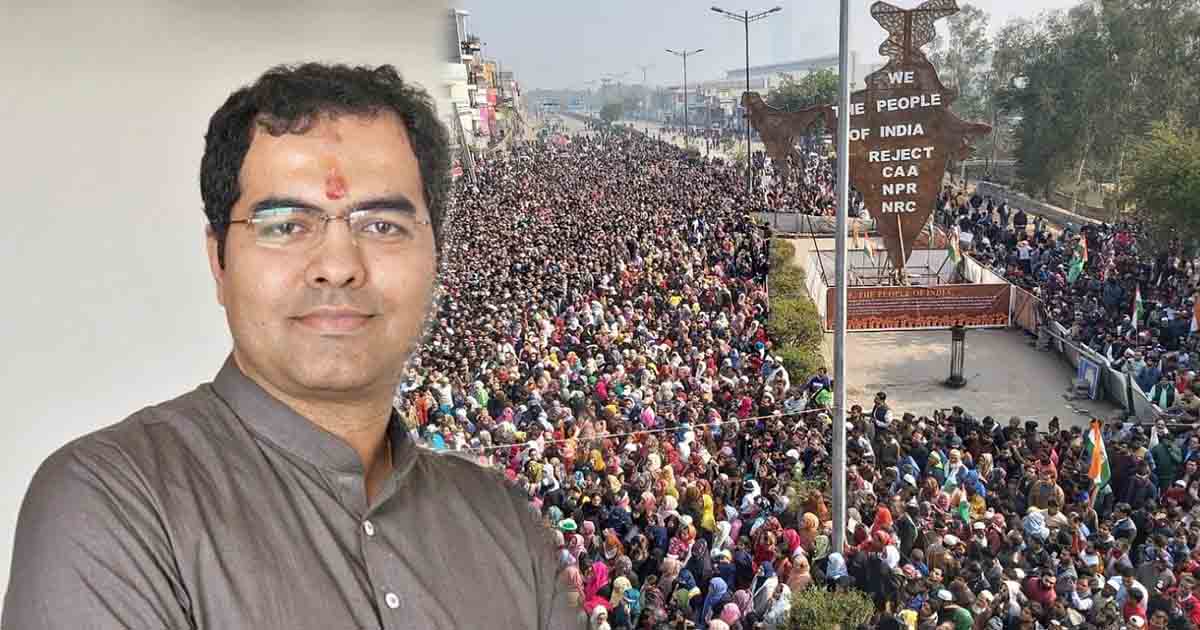 Parvesh Verma, BJP’s candidate for Delhi elections, in a scathing statement said “Shaheen Bagh protestors will enter your house and rape your daughters and sister” during his election campaign that has stirred a strong backlash from the mentioned protestors who are staging a sit-in demonstration against the Citizenship Amendment Act joined by hundreds of women each day.

He continued with his fiery statements hinting for a savage crackdown on Shahen Bagh if Bharatiya Janata Party assumed power in the elections next month. He even expressed his fearsome intention to raze the mosques built on government lands, a symbolic expression of the ruling dispensation of intolerance and disdain towards the Muslim community.

“This is not just another election. It is an election to decide the unity of a nation. If the BJP comes to power on February 11, you will not find a single protester within an hour. And within a month, we will not spare a single mosque built on government land,” Parvesh Sahib Singh Verma said.

In another statement he said “Lakhs of people gather there (Shaheen Bagh)… They will enter your houses, rape your sisters and daughters, kill them. There’s time today, (Prime Minister Narendra) Modi Ji and Amit Shah won’t come to save you tomorrow.”

For a month now, Shaheen Bagh has been the epicenter of anti-CAB protest that is joined by hundreds of people each day to express anger against New Delhi and the controversial CAB that will target Muslim refugees but also the Muslim community who fail to prove their lineage. It also promises citizenship to the persecuted non-Muslim community.

Hence, BJP has decided to use Shaheen Bagh demonstrations to collect votes in Delhi. They believe using Shaheen Bagh for the election campaign will help defeat their rival Congress and AAP in the elections.

In response to his rude remarks, the Election Commission removed Parvesh Verma’s name from the list of BJP star campaigners. But Verma has pledged to stand by his statements.

He said, “I will continue to campaign for BJP candidates. I still stand by my statement and will submit my reply to the Election Commission. I have not said anything wrong.”

Read more: “10 Million Bangladeshi Muslims will be chased out of the country,” BJP Leader

We all know what jihad is. Jihad is to convert all non-Muslims to Muslims. This is what they did in Kashmir. Wherever slogans of jihad will be raised, the outcome will be the same,” he said. “What happened in Kashmir can happen in Delhi too. And people of Delhi are also aware of it,” Verma added.

#Watch | "I was never a star campaigner for BJP, will continue to campaign the same way": Parvesh Verma on Election Commission's action his statement.#NDTVExclusive

“Jihad means, if you are not Muslim, then you can’t even go to a Muslim colony and raise ‘Bharat Mata ki Jai’ slogan,” he said.

“Muslims want to take over India as this is what jihad means to them… but Hindus don’t indulge in jihad or religious conversion,” Verma said in an interview with ThePrint.

CPEC and Pakistan’s road to development: Can India sabotage the plan?

US, China look on as Putin seeks India arms deals