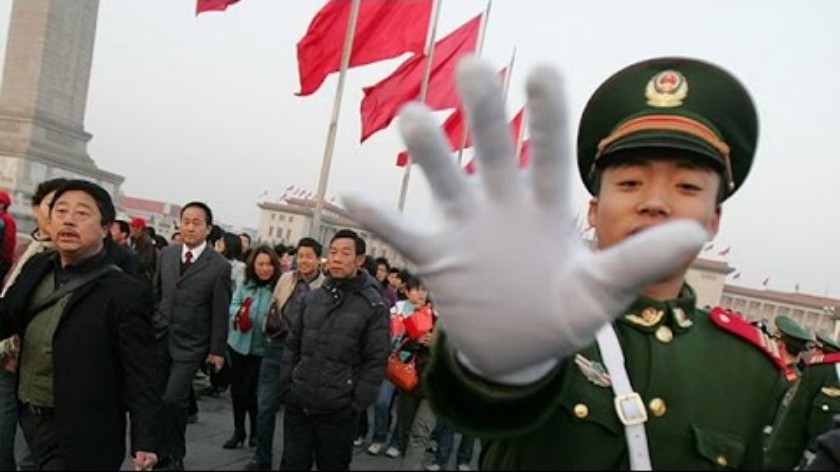 China is leading the charge in a bid to undermine accepted concepts of human rights accountability and justice. The Chinese effort backed by autocrats elsewhere has turned human rights into an underrated, yet crucial battleground in the shaping of new world order.

China is maneuvering against the backdrop of an unprecedented crackdown on Turkic Muslims in its north-western province of Xinjiang, the accelerated rollout of restrictions elsewhere in the country, and the export of key elements of its model of a 21st-century Orwellian surveillance state. The Chinese effort, highlighted in Human Rights Watch’s World Report 2019, is multipronged.

China is also seeking a dominant role in various countries’ digital infrastructure and media that would allow it to influence the flow of information and enable its allies to better control dissent.

It involves proposals to alter the principles on which the United Nations Human Rights Council operates in ways that would enable repressive, autocratic regimes. To achieve its goal, China is employing its financial muscle and infrastructure and energy-driven Belt and Road initiative to economically entice countries that are financially strapped, desperate for investment and/or on the defensive because of human rights abuses.

China is also seeking a dominant role in various countries’ digital infrastructure and media that would allow it to influence the flow of information and enable its allies to better control dissent. China is waging its campaign at a crucial juncture of history. It benefits from the rise of ethnic- and religious nationalism, populism, intolerance and widespread anti-migration sentiment across the world’s democracies.

The campaign is enabled by the emergence of presidents like Donald J. Trump in the United States, the Philippines’ Rodrigo Duterte, Turkey’s Recep Tayyip Erdogan, Hungary’s Victor Orban, and Brazil’s Jair Bolsonaro who have either deemphasized human rights or gone as far as justifying abuses in addition to seeking to limit, if not undermine, independent media that hold them accountable.

The timing of the Chinese effort is significant because it comes at a moment that predictions of the death of popular protest, symbolized by the defeat of the initially successful 2011 popular Arab revolts, are being called into question.

China is not the only country that would like a globally accepted approach to be altered to the detriment of human rights. Muslim nations, with Saudi Arabia in the lead, have, for example, long sought to have blasphemy criminalized.

The protests and what Human Rights Watch executive director Kenneth Roth describes in his foreword to the group’s just published, 674-page World Report 2019 as “a resistance that keeps winning battles” suggests that China’s campaign may have won battles but has yet to win the war. “Victory isn’t assured but the successes of the past year suggest that the abuses of authoritarian rule are prompting a powerful human rights counterattack,” Mr. Roth wrote.

Nonetheless, Human Rights Watch’s China director Sophie Richardson warned that “people outside China don’t yet seem to realize that their human rights are…increasingly under threat as Beijing becomes more powerful… In recent years, Beijing has…sought to extend its influence into, and impose its standards and policies on, key international human rights institutions—weakening some of the only means of accountability and justice available to people around the world,”

Ms. Richardson noted that China had last year successfully pushed a non-binding resolution in the UN Human Rights Council (HRC) that advocated the promotion of human rights on the basis of the People’s Republic’s principle of win-win, a principle that cynics assert means China wins twice.

In a sign of the times, the resolution garnered significant support. The United States, in a twist of irony, was the only Council member to vote against it with countries like Germany and Australia abstaining. China is not the only country that would like a globally accepted approach to be altered to the detriment of human rights. Muslim nations, with Saudi Arabia in the lead, have, for example, long sought to have blasphemy criminalized.

In a bid to pacify, criticism of its Xinjiang policy in Central Asia where anti-Chinese sentiment has been rising, China agreed this month to allow some 2,000 ethnic Kazakhs to renounce their Chinese citizenship and leave the country.

“If these ideas become not just prevailing norms but also actual operating principles for the HRC, victims of state-sponsored abuses worldwide—including in Myanmar, South Sudan, Syria, and Yemen—will face almost impossible odds in holding abusive governments accountable,” Ms. Richardson cautioned. In a separate interview, Ms. Richardson described the resolution as “the start of a process to wither away the UN human rights ecosystem.”

She said human rights groups were concerned “about what China will try to do next, whether it will more aggressively try to change the council’s mandate or nibble away at the language in treaties or roll back the role of civil society. China wants inter-governmental cooperation instead of accountability, government officials discussing among themselves with no discussion of accountability for abuses and no participation of independent groups.”

China’s efforts are both an attempt to rewrite international norms and counter sharp Western criticism of its moves against Christians and Muslim and its crackdown in Xinjiang. Up to one million Turkic Muslims have reportedly been incarcerated in re-education camps that China projects as vocational training facilities. To maintain its crackdown, China depends on a fragile silence in the Muslim world that is fraying at the edges.

It failed to specify any course of action when rights violators refuse to cooperate with UN experts, retaliate against rights defenders or actively reject human rights principles.

In addition to attempting to change the operating principles of the UN Human Rights Commission, lobbying UN and foreign government officials to tone down criticism and invited foreign diplomats and journalists on choreographed visits to Xinjiang, China has at times successfully employed its economic and financial clout to buy either support or silence.

Pakistan, the host of the Belt and Road’s US$45 billion crown jewel, has curbed its initial criticism of the crackdown in Xinjiang. Similarly, China is pressuring Myanmar to revive the suspended US$3.6 billion Myitsone dam project, which is built as previously designed would flood 600 square kilometers of forestland in northern Kachin state and export 90 % of the power produced to China.

China has reportedly offered in return for the dam to support Myanmar that has been condemned by the United Nations, Western countries and some Muslim nations for its repressive campaign against the Rohingya, some 700,000 of which fled to Bangladesh last year.

In a bid to pacify, criticism of its Xinjiang policy in Central Asia where anti-Chinese sentiment has been rising, China agreed this month to allow some 2,000 ethnic Kazakhs to renounce their Chinese citizenship and leave the country.

China and the West’s diametrically opposed concepts of human rights are part of a larger contest for dominance over the future of technology and global influence.

The decision follows testimony in a Kazakh court of a former employee of a re-education camp detailing three facilities in which up to 7,500 Kazaks and Chinese nationals of Kazakh descent allegedly were being held. The testimony prompted sharp criticism in parliament and on social media.

China and the West’s diametrically opposed concepts of human rights are part of a larger contest for dominance over the future of technology and global influence.

Freedom House, a Washington-based freedom watchdog, reported last year that China was exporting to at least 18 countries sophisticated surveillance systems capable of identifying threats to public order and has made it easier to repress free speech in 36 others.

“They are passing on their norms for how technology should govern society,” said Adrian Shahbaz, the author of the report. Added Nadège Rolland, a senior fellow at the National Bureau of Asian Research, a Washington think tank, speaking to Bloomberg: “There’s a 1984 component to it that’s kind of scary.”

China wants US trade deal but ‘not afraid’ to fight: Xi