Sharmeen Obaid’s ‘Aagahi’ will educate women on their legal rights 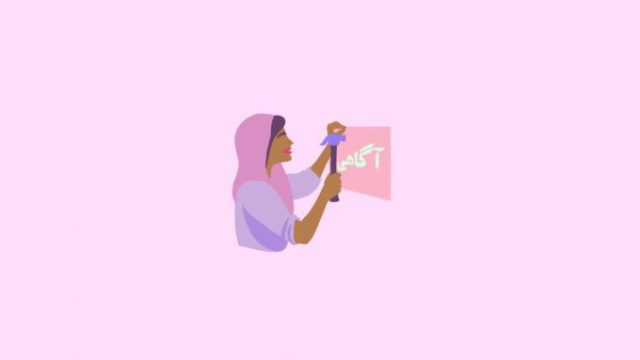 The videos are in Urdu and contain English subtitles. The short clips will be 2.30 minutes long and will walk the audience through various crimes and how to register an official FIR with the local police department.

The educational videos will be narrated by Aamina Sheikh and will be available in different regional languages. The content of the video will brief the audience on the provisions of rights in the legislation and how it can be applied.

The series will cover pressing issues of domestic violence, cyber crimes, physical abuse, forced marriages and others. The videos intend to help women on basic issues of which channel and department to approach for help and whom to contact immediately in case of any mishap.

Sharmeen Obaid Chinoy is the champion of women’s right who is internationally acclaimed for raising the voice for the acid-attack victims that are majorly women and honor killings. Chinoy discussed the topics in respective documentaries ‘ Saving Faces’ and A Girl in the River: The Price of Forgiveness for that she was praised globally.

Sharmeen Obaid Chinoy has recently collaborated with LeBron James for a documentary titled Student-Athlete that will be aired on October 2nd on HBO. She has co-directed the documentary with Trish Dalton.

The film-makers have spent two years with the college Athletes, trying to learn about the billion dollar industry of Sport and the price players have to pay for to be a part of it.

“This documentary is incredibly important as it debunks the myth that student-athletes are being fairly compensated by receiving scholarships and a valuable education. In fact, the demands put on these students by this oppressive system makes it impossible for them to get the education they deserve. The time is now to end this false narrative and reveal the truth of this exploitation,” Steve Stoute, one of the producers added.

Has Wasim Akram become the Mayor of Karachi?