Celebrities and famous politicians contract COVID-19 amid growing number of cases in Pakistan. Rumors also spreading about Rubina Ashraf death due to COVID-19. 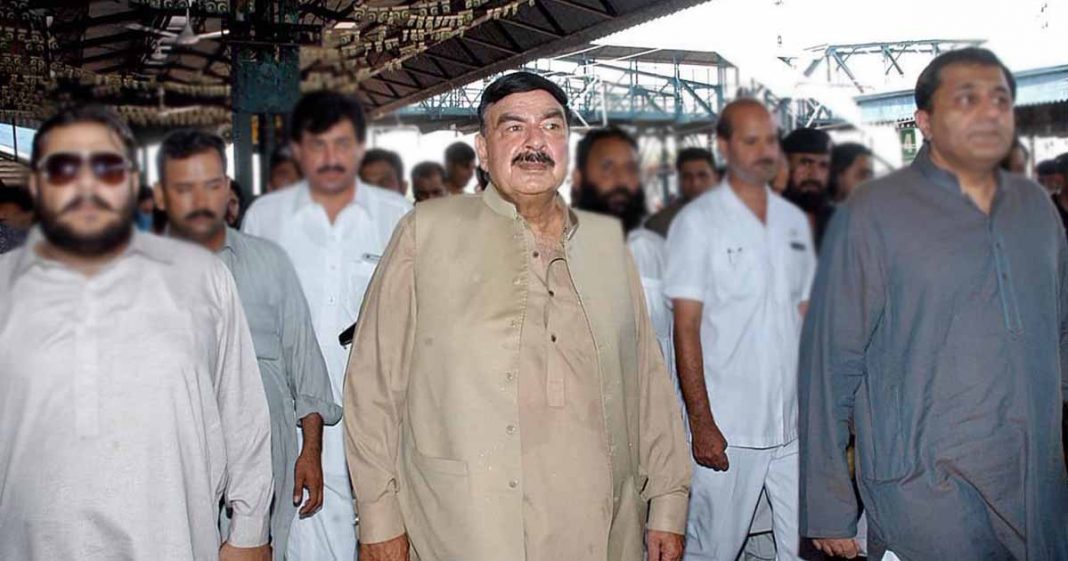 The Federal Railway Minister Sheikh Rasheed Ahmed has got affected by the coronavirus, quarantined himself at home.

According to Railway Ministry’s spokesperson the Federal Railway Minister Sheikh Rasheed did not have any symptoms apparently, but on doubt he underwent test which came in positive. After that he quarantined himself at home for 2 weeks.

According to Railway’s spokesperson doctor advised Sheikh Rasheed to isolate himself for 2 weeks. Sheikh Rasheed affirmed that he is tested positive of coronavirus. He said there were no symptoms apparently and didn’t meet anyone more oftenly, he will test again in 7 days.

Family sources said that last day he had undergone corona test due to illness and his report came positive then he has quarantined himself in his own house. Later PML-N spokesperson Marriyam Aurangzeb has also confirmed Shahid Khaqan Abbasi corona report and said that PML-N leader has isolated himself to quarantine in his house while he has not suspended political activities.

Sources said that last night NA member Jai Parkash has arranged feast in parliament lodges in which foreign Minister Shah Mehmood Qureshi, Lal Chand and PTI workers from Umar Kot were included. Shah Mehmood Qureshi has also undergone corona test due to participation in feast of Jai Parkash which report has not been received yet.

Rubina Ashraf death due to COVID-19?

Rumours have been spreading about Rubina Ashraf’s death. Although she was critical sick due to COVID-19, famous Pakistani actress’s death is yet to be confirmed.

Pakistan’s veteran television actor, Rubina Ashraf, is said to be in a critical state after she tested positive last week for Covid-19. Several Pakistani celebrities industry peers took to Twitter to wish the 60-year-old actor a speedy recovery.

Ashraf is reported to have self-isolated herself after she developed the coronavirus symptoms, according to reports in Express News quoted in The Tribune Express. A source close to her family confirmed that the veteran actor is in a critical condition and is undergoing treatment at a private hospital.

When should you get tested for Coronavirus?

What percentage is the chance of survival if you get coronavirus?