Federal Minister for Railways Sheikh Rasheed Ahmad has announced to extend the suspension of train service across the country due to Coronavirus outbreak. Earlier he had announced to resume the service on April 15. 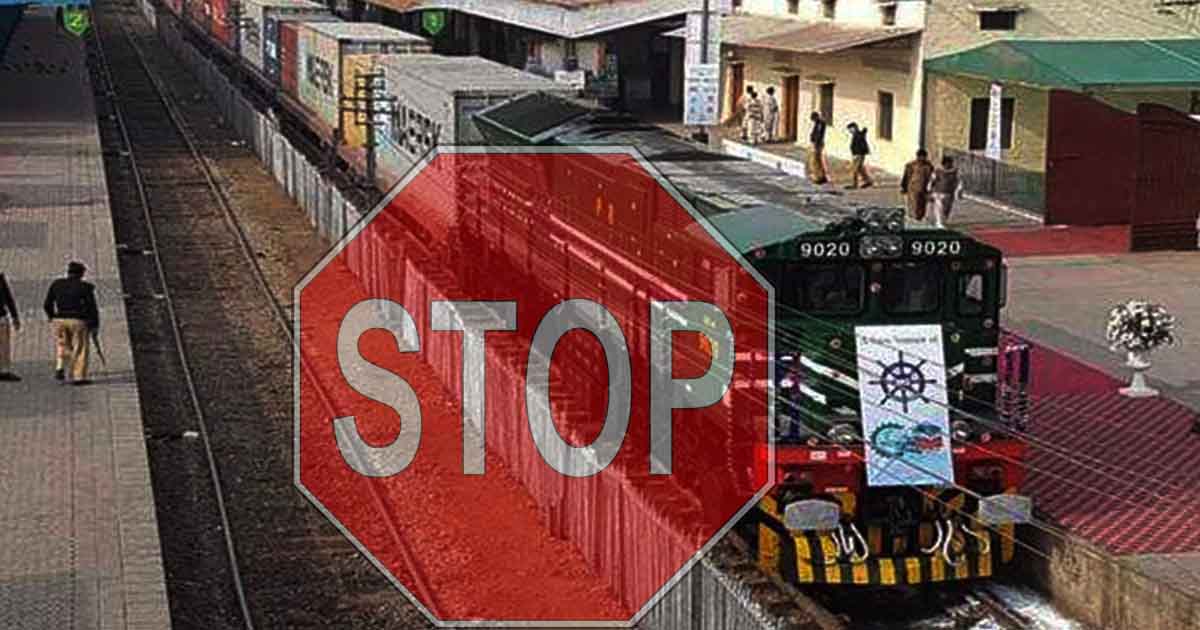 Federal Minister for Railways Sheikh Rasheed Ahmad said on Monday that the government had decided to extend the suspension of train services till April 25, as coronavirus cases continue to rise across the country.

“Train services that we wanted to resume from April 15 have been pushed back to April 25,” said the federal minister. “Before operating trains from the first of Ramzan, we will review the decision once again,” he added.

As of today, Pakistan has recorded more than 5,000 positive cases of Coronavirus whereas 96 have died of the pandemic in the country.

The federal health ministry has told the apex court that coronavirus infections in Pakistan may rise to 50,000 by April 25, a projection based on the pandemic’s trends in other countries.

The Ministry of National Health Services Regulations and Coordination has submitted a report to the Supreme Court. According to the report, the tally of coronavirus infections may top 50,000 by April 25. At least 2,392 people suffering from the disease might be in critical condition; 7,024 in severe condition and 41,482 may face mild infection.

Read more: Railways Infrastructure in Balochistan being renovated ahead of schedule

Later on, Sheikh Rasheed announced that Pakistan Railways would resume train services from April 15 if Prime Minister Imran approves the proposal. The announcement appeared to be dangerous as coronavirus cases in Pakistan are increasing on a daily basis.

The results of the screening came out positive and both pilots were declared infected. The pilots were stuck in Canada for a few days with five others and were unable to fly back to Pakistan amidst the suspension of global airspace due to the pandemic.

Analysts believe that the minister should be careful while making any announcement as the situation in Pakistan may turn from bad to worse. The situation in America and Europe is already deteriorating as the health system in many developed states has collapsed. Therefore, Pakistan needs to take any step after careful deliberation.

Reuters - 10 April 2021
Rights groups, including Amnesty International, have called on Riyadh to stop the use of the death penalty, citing allegations of torture and unfair trials.

Nawaz Sharif’s anti-Pakistan interview and its cost: A snake in the grass?

Shahid Kapoor has no “True Friends”