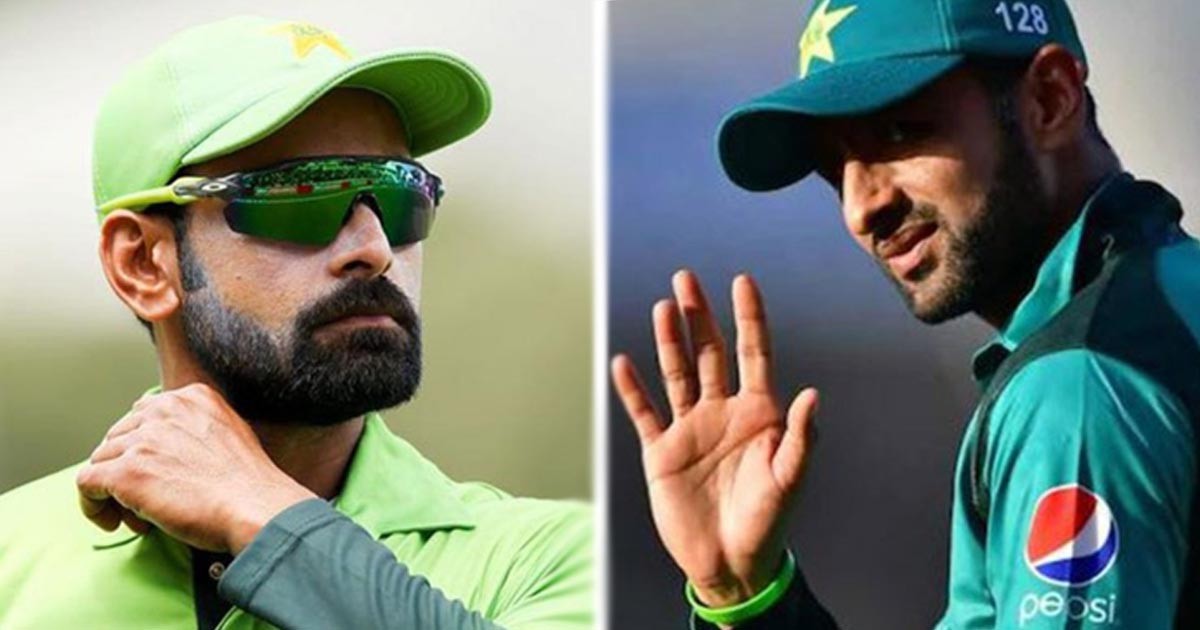 Malik, 37, had already quit one-day internationals after a poor World Cup in which he scored only eight runs in three matches with two ducks.

At 38, Hafeez also has little chance of regaining the chance to play for Pakistan, while Amir, who retired from Tests last month to focus on limited-overs cricket, is demoted from an A-category contract to a C.

“The annual central-contracts list for the 2019-2020 is trimmed from 33 to 19, reducing the number of categories from five to three,” the Pakistan Cricket Board added in a release.

Skipper Sarfaraz Ahmed, batsman Babar Azam and spinner Yasir Shah were retained in category A and will get 1.1 million rupees (6,870 US dollars) a month over the next year.

While Babar Azam, Mohammad Amir and Haris Sohail earned plaudits from their fans, veteran all-rounder Shoaib Malik badly failed to live up to his reputation.

The 37-year-old Malik, who announced that the World Cup would be his last appearance on the international stage, managed to score just eight runs in three innings at the mega event.

He collected eight against England, and followed it up with two consecutive ducks against Australia and India.

Read more: Mickey Arthur reacts to being fired as coach

Former Pakistan skipper Wasim Akram stated clearly that Malik has done nothing to earn a spot in the national squad. “This is not club cricket that you call a cricketer for a final match. [However] we can absolutely have a farewell dinner for him [Malik],” Wasim said.

Wasim followed it up by adding that despite his poor showing at the World Cup, Malik should be remembered for his contribution to Pakistan cricket.

“Unfortunately for him, he is not ending his career on a high — which he deserved, as he has done a lot for Pakistan cricket. He had a poor World Cup, was dismissed on duck twice, but this can happen to anyone. But we should remember his services for Pakistan cricket.”

How to make sure Baloch lives matter