Should anyone believe U.S. State Department promises on Syria? 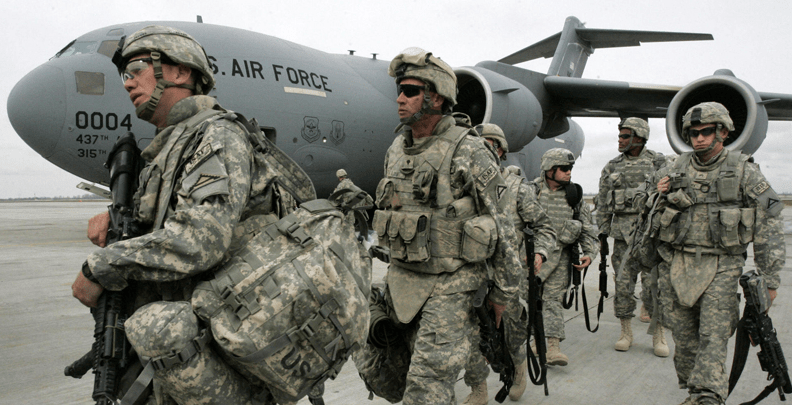 On August 18, during a regular briefing, the Spokesperson for the U.S. State Department Heather Nauert stated that the United States doesn’t intend to extend its stay in Syria after the Islamic State is defeated.

“That is our intent, to defeat ISIS and not do anything more than that. Syria must be governed by its own people and not by the United States or other forces,” Nauert added.

The participation of Americans in military campaigns shows us that if Washington comes into a conflict it rarely leaves. But this pathos pattern can be broken in new geopolitical conditions

Thus, Ms. Nauert commented on the statement of the Syrian Democratic Forces (SDF) official Talal Silo, who in an interview with Reuters noticed that the U.S. military will remain in northern Syria long after the jihadists are defeated, predicting enduring ties with the Kurdish-dominated region.

Read more: Extension of the amnesty law: Syrian hopes of a ‘new’ life…

According to Silo, Washington has a strategic interest to stay in the country following the defeat of terrorism for other several decades.

Actually, such a statement by the U.S. officials sounds a little bit strange and slightly hypocritical. Reuters correspondents have previously found out that seven American military bases are deployed on the territory of Syrian Kurdistan, which is located near the Syrian-Turkish border. However, the exact location of the bases is not revealed by the military command of the coalition, referring to the security requirements.

Most likely, even after theoretical victory over ISIS, the U.S. will reserve these areas as dividends for ‘fighting terrorism’

Meanwhile, Reuters journalists witnessed how American military helicopters (Blackhawk and Apache) took off from the territory of a concrete plant to the southeast of the city of Kobani – where allegedly the largest American air base in Syria is located.

At the same time, the spokesman for Central Command Colonel John homas confirmed in April this year that this base is an additional location to launch aircraft to support U.S. and other anti-ISIS forces in the campaign to recapture the city of Raqqa.

After setting up the military bases in the northern part of Syria, Washington will unlikely hand over them to the Kurdish militia and moreover to the Syrian authorities. Most likely, even after theoretical victory over ISIS, the U.S. will reserve these areas as dividends for ‘fighting terrorism’.

The U.S. military will remain in northern Syria long after the jihadists are defeated, predicting enduring ties with the Kurdish-dominated region

Reserving vast territories in Syria, Washington will continue to wreak havoc and instability in the region by supporting the Kurds and attempting to dissect Syria and create several independent quasi-states on its territory.

The participation of Americans in military campaigns (Iraq, Libya, and Afghanistan) shows us that if Washington comes into a conflict it rarely leaves. But this pathos pattern can be broken in new geopolitical conditions.

Sophie Mangal is a freelance writer and a member of the Inside Syria Media Center. After attending the University of North Carolina at Chapel Hill as a media and journalism major, Mangal monitored the refugee crisis in Europe, drawing parallels between the Syrian conflict and the Balkan problem, and has visited Syria on several occasions. The views expressed in this article are the author’s own and do not necessarily reflect Global Village Space’s editorial policy.

Is there a Muslim-Buddhist conflict brewing in South East Asia?

PIA flight from Kabul to Islamabad barred from beginning its journey