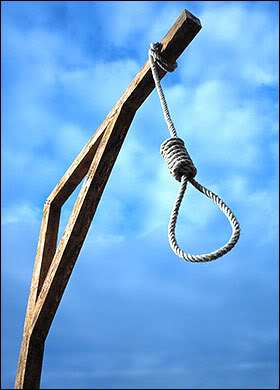 In the latest development, a district and sessions court in Lahore on Friday set the execution of Khizar Hayat, a death-row prisoner, on January 15. But soon after the issuance of Hayat’s black warrant, several print media outlets started bashing the judicial system of Pakistan for its inability to protect mentally ill people.

According to media reports, Mr. Hayat killed his colleague in 2001 and was later on the awarded death penalty. He appealed before the superior courts but his punishment was maintained at all forums. Meanwhile, he was diagnosed with paranoid schizophrenia in 2008. His death penalty was postponed many times to determine how to deal with the criminals suffering from paranoid schizophrenia.

To ensure, smooth social functional, it is important to develop a discourse first and then materialize the change.

The court has now rejected him any leverage on the basis of his claimed mental illness. He is scheduled to be hanged on the 15th Jan. It is not for the first time that national and international media along with NGOs and INGOs are protesting against the death penalty of a murderer in Pakistan. A few years ago, Shafqat Hussain, 24, who killed a kid and demanded money from his parents, was awarded the death penalty and his appeals were rejected at all forums.

Read more: Should Asia Bibi be given asylum? Top Pakistani Judge says NO

A campaign was initiated and a deliberate controversy was created over the issue of his age. Media claimed Hussain to be a juvenile but the authorities in Pakistan maintained that he was 24 when he killed the child. Following the police interrogation, Shafqat not only confessed to his inhuman act but also took the police to the drain where he had discarded the child’s body.

According to the police record, the killer was admitted to the Central Prison Karachi on May 31, 2004. At the time of his arrest, the killer was 23 years of age. Because of his confessional statement and the relevant evidence, the Anti-Terrorism Court No III Karachi awarded him death on September 1, 2004. Analysts opine that western-funded NGOs create controversies over the question of age and mental stability only to malign criminal justice system of Pakistan.

According to media reports, Mr. Hayat killed his colleague in 2001 and was later on the awarded death penalty.

At the country’s creation in 1947, ‘death’ was awarded for only two counts. Now it’s 27.” Dr. Moeed argues that countries which have abolished death penalty did so in an evolutionary process. He offers an interesting background that China, for instance, saw a brief period of abolition in the 8th century, Russian Bolsheviks banned the death penalty in 1917; in modern Europe, the Netherlands abolished capital punishment in peace times in 1878 but during wartimes from 1945 to 1952, many war prisoners were sentenced to death.

In the UK– a European country of much relevance to Pakistan– Sir Samuel Romilly had started the process of reduction in the death penalty in 1808. But the Royal Commission on Capital Punishment 1864-66 could not decide to abolish the death penalty though it did away with public executions. In 1938 a parliamentary bill was to be debated for an experimental five-year suspension but then the climate and feelings generated by the beginning of Second World War made it impossible.

Analysts opine that western-funded NGOs create controversies over the question of age and mental stability only to malign criminal justice system of Pakistan.

In 1949, once Nuremberg trials [a series of 13 trials carried out in Nuremberg, Germany, between 1945 and 1949 for the purpose of bringing Nazi war criminals to justice] were out of the way, another Royal Commission on Capital Punishment examined the matter but advised against abolishment. Finally, in 1965 a five-year moratorium was placed on experimental basis almost 160 years after Romilly had started to reform the punishment.

In almost every European country, abolishment followed a similarly intense debate, reform of the system and adjustment of the defense of life and property through other parallel enactments. Dr. Pirzada laments that in Pakistan no public debate was initiated and a ban was imposed which created more challenges; for instance, the increase in crime rate.

Experts opine that Pakistan needs to have a debate over the abolishment of death penalty but it must not ban it at the outset; as in doing so, it is highly likely that people will never hesitate to take the law into their hands. To ensure, smooth social functional, it is important to develop a discourse first and then materialize the change.

Previous articleHuge Jackpot of Rs. 255,182,923 paid out online in a Slot Machine
Next articleQatar rejects normalising ties with ‘criminal’ Assad

People vote on party performance, not advice of men in uniform: DG ISPR

Brexit Party and Conservatives in Collusion for 12th December Elections