Should Pakistan ‘establish contacts’ with Israel just like KSA? 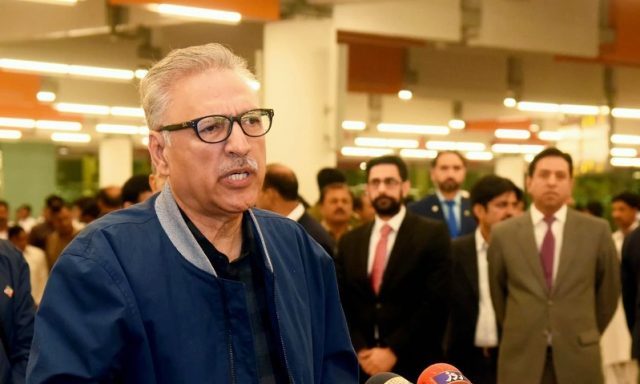 A tweet from an Israeli journalist that an aircraft flew from Tel Aviv to Islamabad has sparked a new controversy in Pakistan. According to an international media outlet, the plane actually flew from Amman and it was not registered in Israel.

Avi Scharf, an editor of Israeli newspaper Haaretz who first tweeted about the alleged arrival of the aircraft, said the plane did not directly fly from the Israeli capital into Islamabad.

Quoting the BBC report, PMLN leader Ahsan Iqbal took to the Twitter and sought the explanation from the government.

He, however, spoke of trick the pilot allegedly may have used to make it look like a flight from Amman-Islamabad instead of a Tel Aviv-Islamabad flight.

The BBC quoted  Avi Scharf as saying that after taking off from Israel, the plane landed in Amman and after a gap of almost 10 minutes it took off for Islamabad.

Scharf claimed plane landed in Islamabad on October 24. Quoting the BBC report, PMLN leader Ahsan Iqbal took to the Twitter and sought the explanation from the government.

Responding to Iqbal, Information Minister Fawad Chaudhry snubbed him and asked him not to create a controversy.

“The fact is that neither Imran is a Nawaz Sharif nor he has a fake Aristotle like you in his cabinet. We will neither hold secret talks with Modi nor Israel,” he wrote in Urdu.

The minister, however, did not respond to the rumors that have been doing the rounds on social media.

Meanwhile, this controversy has once again started a debate on whether Pakistan should establish ‘working relationship’ with Israel. This proposition might not be well received in Pakistan but it is a fact that almost every Muslim country, especially those with whom Pakistan has strong ties, have already established the formal and informal relationship with the only Jewish state in the world.

A prominent anchor person Dr. Moeed Pirzada raised a question as to whether Pakistan must follow suit of brotherly Muslim countries and recognize Israel.

As expected, this suggestion was refuted by a vast majority of netizens. However, this still does not answer why Pakistan should not establish contacts with Israel when Saudi Arabia, the protector of two holy cities, has secret contacts with this Jewish state.

PML-N can use “N” despite Nawaz Sharif’s Disqualification, says ECP