Should the Federal Government reduce Provinces’ share in upcoming NFC? 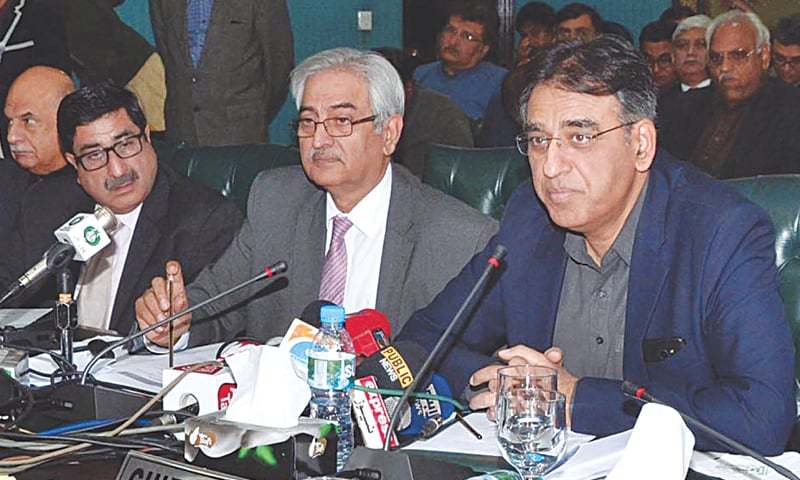 Pakistan Tehreek-i-Insaf-led (PTI) government is planning to arrange the next National Finance Commission in the last week of the current month. These days, experts and analysts are discussing the upcoming Commission and its decision, since there have been some fundamental changes in the country.

The National Finance Commission Award or NFC constituted under the Article 160 of the Constitution emerged to take control of financial imbalances and manage the financial resources of four provinces to meet their expenditure liabilities while alleviating the horizontal fiscal imbalances. As per Constitution, the program awards the designs of financial formulas of economic distribution to the provincial and federal government for five consecutive years.

The Award plays a key role in enhancing the financial status and working ability of the state machinery at provincial as well as federal level. However, due to inter-provincial disparities in income distribution, capabilities in tax collection and expenditure disbursement, there was a strong need for the fiscal arrangement between the federal and the provincial governments. The allocation of means and responsibilities among different tiers of government is a critical issue as its misappropriation may lead to political, economic and social unrest.

Reportedly, the government has decided to increase the grant of KPK by 3% by reducing the share of other provinces since FATA has been merged into this province recently.

President Arif Alvi has recently announced to upgrade the lives of the tribal people who have rendered sacrifices during the war on terror. President who was on his maiden official visit to the province on Dec 1, 2018, assured the people of KP that PTI was interested to address their grievances.

Political commentators criticized the government for not planning on the upcoming Award which is going to alter the existing inter-provincial and the center-provinces resource sharing arrangement. Observer opines that the government should have arranged meetings of the researchers and experts in order to deliberate on the matter and device some interesting and workable solutions. It is pertinent to note here that by principle, the federal government cannot reduce the share of any federating unit.

As far as the development of the Baluchistan is concerned, there are several reports which suggest that the issue has never been the allocation of the fund but of their utility and widespread corruption in the province. The same stands true in the case of Sindh where Pakistan People’s Party has been ruling for more than a decade.

The government, on the other hand, has a valid explanation to justify its action. The people of FATA are the victims of the war on terror and have lost their families, residences, and lands. It is important to note that traditional economic system, peace, and order were disrupted in the tribal areas.

There was a wide scale migration due to certain push factors to other cities of Pakistan which led to IDPs (internally displaced persons). The government argues that while keeping into consideration the sacrifices and suffering of the tribal people, it is quite reasonable to give them some ‘extra care’ in order to mainstream them.

Moreover, the present government is dealing with the question of balance of payment and debts left behind by the previous governments. The diversion of funds to FATA is set to uplift this neglected region of Pakistan. Therefore, analysts argue, it is a viable option to reduce the share of the other provinces.

Why the low tax-intake in Pakistan is not a hot issue?

MQM-P, a difficult ally, decides to back the PTI-led government in the Center