As tensions rise following the harassment of Pakistani officials in Kabul, the poor and sick of Afghanistan wait for word on their visas. An embassy spokesman told AFP the consular section gets about 2,000 applications daily and is usually able to process about 1,500 visas within a 24- or 48-hour timeframe. 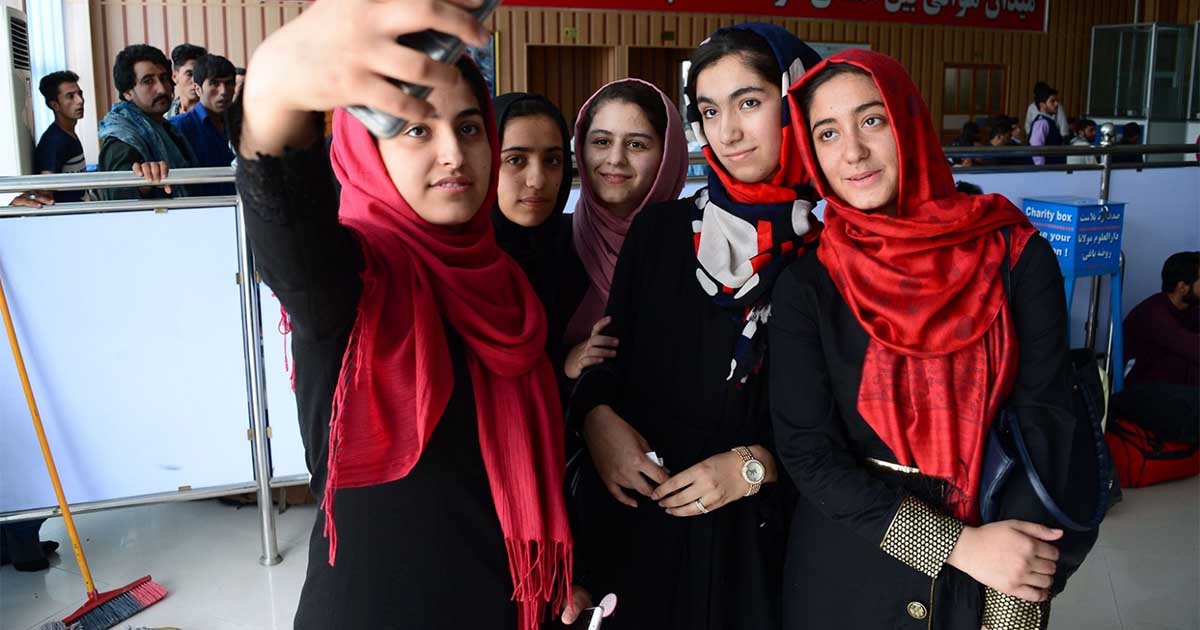 Hundreds of Afghans — many needing urgent medical treatment — gathered near the Pakistani embassy in Kabul on Monday, waiting for word of when the visa section might re-open.

The embassy announced late Sunday it was indefinitely shuttering its consular office in Kabul for security reasons after it said several staff were harassed by unknown assailants on roads in the Afghan capital.

#Pakistan has shut down visa operations at its embassy in #Afghanistan's capital #Kabul over security concerns until further notice. #Islamabad says its diplomats and staff members were being harassed for the last two days.

The visa section’s closure comes as there were fresh tensions between Afghanistan and Pakistan, which last week exchanged fire in a border area. It also highlights the reliance many Afghans have on Pakistan, where they seek the type of medical care that is unavailable or unaffordable in Afghan hospitals.

The Pakistani foreign ministry has said six Pakistani troops were wounded October 27 and 28 in “unprovoked mortar and heavy weapon firing” by Afghan soldiers.

“I am in a hurry to reach Pakistan, as the mother of my seven children is very ill, and I urgently need to take her to Pakistan for treatment,” Abdullah Abded, who had travelled from Parwan province north of Kabul, told AFP.

“I feel desperate. I may have to tell my children that their mother may die because we cannot get the visa.”

Pakistan’s healthcare system is derided by critics as chaotic, corrupt and vastly under-resourced, yet when coming from Afghanistan, it can be a lifeline. While the war-torn country has many health facilities, these are concentrated in the cities and access is often determined by wealth.

Specialist treatment in Kabul, for instance, can cost double what it would in Pakistan, people outside the embassy said. “I have a kidney disease and need to go to Pakistan on a regular basis for treatment or my kidneys will fail,” said Nabi Yosufzai, a 26-year-old shopkeeper.

The consulate has closed in the past, usually for short periods. A sign on the consular section’s door in Pashto on Monday said it had been closed until further notice.

Pakistan’s foreign ministry on Sunday summoned the Afghan charge d’affaires to “convey serious concerns over the safety and security of the diplomatic personnel of the embassy of Pakistan, Kabul, and its sub-missions.”

In a statement late Monday, the Afghan foreign ministry said it would “seriously investigate” the claim, but also expressed its “deepest objection” to the summoning of the Afghan envoy in Islamabad.

An embassy spokesman told AFP the consular section gets about 2,000 applications daily and is usually able to process about 1,500 visas within a 24- or 48-hour timeframe. Apart from for medical help, Afghans seek Pakistan visas to visit loved ones, buy and sell goods and get university educations.

“I feed my big family by selling Afghan almonds or pomegranates in Pakistan in small amounts,” said Kabul trader Nematullah, who only goes by one name. “The profit is hardly enough for my family, but still better than the money you can make here.”

The consulate has closed in the past, usually for short periods. A sign on the consular section’s door in Pashto on Monday said it had been closed until further notice.

Relations between Afghanistan and Pakistan — both Islamic republics — have long been fraught, with Afghans blaming Islamabad for any number of woes including allegedly supporting the Taliban. Pakistan denies it helps the insurgent group.

The Islamic Republic of Afghanistan strongly questions the assertion made by Pakistan's ambassador to the United States, Asad Majeed Khan, that the ongoing tensions in Kashmir could potentially affect Afghanistan’s peace process. pic.twitter.com/OASLSsZQ0x

Tensions soured further last week after new clashes along the border in Afghanistan’s eastern province of Kunar. Such incidents happen periodically. Both sides have accused each other’s troops of cross-border shelling.

The Pakistani foreign ministry has said six Pakistani troops were wounded October 27 and 28 in “unprovoked mortar and heavy weapon firing” by Afghan soldiers.

Kunar deputy governor Gul Mohammad Bidar told AFP there had been no new shelling since last week. He said two women were killed and 11 more civilians were injured in Pakistani rocket fire during those exchanges.