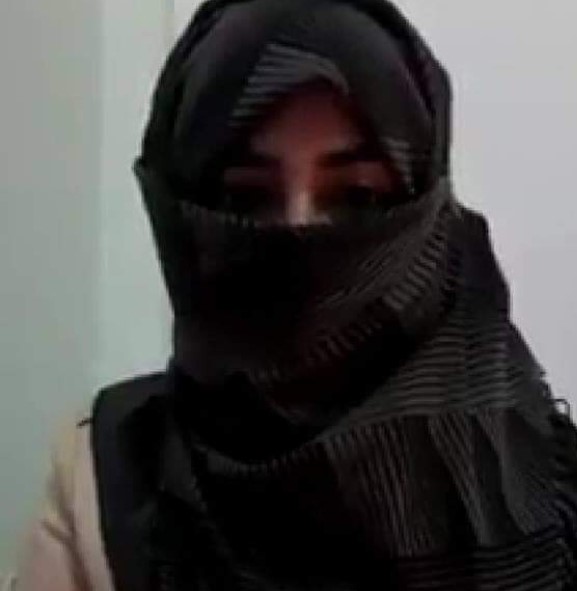 Sidra Riaz, a law student at the Islamic International University, blamed Asad Hashmi, an Islamabad-based lawyer, of repeatedly raping her at a flat in the H-13 sector of the capital. She has released two video messages that have gone viral across social media, claiming that now she is being threatened amidst pleas for protection from the Chief Justice of Pakistan.

In the first video, Sidra claims that she is constantly being threatened to take back her case and state that she did not recognize her rapist in the dark of the night. She accused Javed Hashmi– a professor at the Islamic University Islamabad, and uncle of the alleged rapist– of threatening her against proceeding with her case, or else “she will be shot down”.

Sidra further claimed that Javed Hashmi offered her to enter into a relationship with the culprit, after which all her “educational expenses will be taken care of”.

“Asad Hashmi kept threatening to kill me if I protested. In the morning, he tried to vanish as I attempted to call the police. He disappeared before the police arrived”, she said.

In the second video message released on Monday morning, Sidra presents a more detailed narrative of her ordeal. She revealed that she came into contact with Asad Hashmi while fighting a case in the F-8 court in Islamabad, who made multiple assurances of his legal support that convinced her to hire him. Allegedly, Sidra was invited to a residential flat in H-13 sector under the pretext of “inviting her to his office”.

Sidra arrived at the flat at 9 pm, and the assault allegedly began as soon as she entered the flat. “He locked the door, tore off my clothes and raped me repeatedly through the night”, she claimed.

“Asad Hashmi kept threatening to kill me if I protested. In the morning, he tried to vanish as I attempted to call the police. He disappeared before the police arrived”, she said. The police collected all the evidence, and upon conducting medical tests, “the report turned out to be positive and Hashmi was booked under a case of sexual assault”.

However, Sidra reported, “Asad Hashmi could not be arrested as he managed to secure an interim bail. He used his legal connections and resources to steer clear of the police, and he has not been arrested yet.”

Hamza Shafqaat, Deputy Commissioner Islamabad, acknowledged the video message through a tweet and disclosed his decision to establish an inquiry into this case. The tweet mentioned that Assistant Commissioner Bushra Rao has established contact with Sidra Riaz, and two FIRs have been registered against Asad Hashmi.

We have taken notice of the issue. AC @Bushra_Rao is already in touch with the lady. 2 FIRs have been registered on her request. We have assured her about our support and will not let anyone threaten her in sha Allah https://t.co/pUtT48A0vA

Media reports reveal that Asad Hashmi has been booked in a case under Section 376 of Pakistan People Code (PPC), but so far, no arrests have been made.

The advocate also pointed out that the victim is not a student of Islamic International University and no professor Javed Hashmi is affiliated with the University.

Sidra has expressed concerns for her safety amidst “pressure and threats” to withdraw her case. She also revealed that she is being threatened and harassed by members of Hashmi’s legal fraternity, asking for “sexual favors in exchange for money”.

She has appealed the Chief Justice of Pakistan to take immediate notice of her case and provide her protection as the threats are mounting since her court appearance is drawing near. She has been allegedly threatened with an “acid attack” if she does not state that the cases she has filed against Asad Hashmi are false and baseless.

“The other party is still in touch with me and the threats are constantly coming in while no authority has stepped in provide me protection”, claimed Sidra.

Recent news reports reveal that Assistant Commissioner Bushra Rao has contacted Sidra and “assured her full cooperation”, while the Ministry of Human Rights has assigned the victim a lawyer to fight her case in court.

However, in a shocking turn of events, Advocate Fatima Butt, a human rights lawyer and activist based in Islamabad, has come forward to refute Sidra’s story and claims that she is “a member of a gang that is involved in trapping innocent boys and demanding money”.

Advocate Fatima Butt, who is also a member of the online platform Stop Harassment Now, which initially posted Sidra’s video, took it upon herself to investigate the matter. Through a Facebook post, Advocate Butt concludes, “I would like to further information that she is a member of the gang who has been involved in trapping innocent boys and demands money from them and in case if boys refuse to pay the money, she lodges false cases against them. She is not alone dealing with all these matters as she has a proper group who support her in such activities.”

The advocate also pointed out that the victim is not a student of Islamic International University and no professor Javed Hashmi is affiliated with the University. The post read, “This propaganda has been lodged just with the motive to defame the International Islamic University”. She further says that case has been forwarded to the concerned authorities and matter is under investigation.

Nawaz should be shifted to hospital: Medical board