Sikhs across the world grow apprehensive as India continues to employ delay tactics in completing its part of the construction on the Kartarpur Corridor, while Pakistan has completed over 60% of the construction, and reaffirmed its commitment with a budget proposal of allocating Rs1 billion for the project. 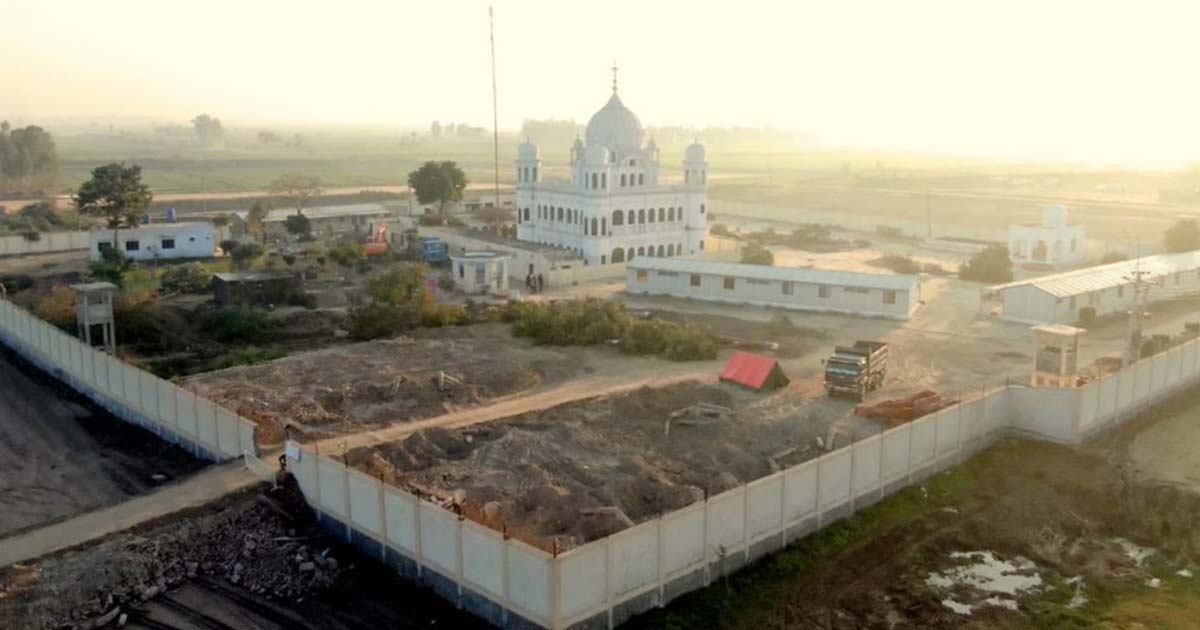 Sikhs across the globe are anxious over India’s deliberate measures to delay the construction of the Kartarpur Corridor, while Pakistan remains adamant to make the Corridor functional for the 550th birth anniversary of Guru Nanak Devji.

Pakistan and India have yet to finalize the procedures for the construction of the Kartarpur Corridor, a passage designed to provide convenience for Indian Sikh pilgrims travelling to the shrine of the founder of Sikhism, one of the holiest Sikh sites in the country.

Pakistan has completed around 60% of the construction of the Corridor; however, Indian authorities appear to be slacking on their part of the construction to complete the passage leading to the Gurdwara Dera Baba Nanak, located in the Kartarpur region of Punjab’s Narowal district.

In the budget proposed for the fiscal year 2019-20, the PTI-led government has announced an allocation of Rs1 billion to complete the construction of the Kartarpur Corridor.

Media reports suggest that given the atmosphere of the internal challenges and divisive politics of India, coupled with New Delhi’s refusal to enter bilateral engagements with Pakistan, the Kartarpur Corridor is highly unlikely to complete in time for Guru Nanak’s 550th birth anniversary.

Pakistan is adamant to undertake serious progress in the construction of the Corridor, and media reports indicate that there is a possibility of a ceremonial opening to be held by November, 2019.

Even though the two countries have not been able to map out a joint strategy on the completion of the construction, primarily because of the delay tactics employed by Delhi, Pakistan remains adamant to complete the construction on its end.

In the budget proposed for the fiscal year 2019-20, the PTI-led government has announced an allocation of Rs1 billion to complete the construction of the Kartarpur Corridor. The estimated costs of the project are more than Rs12 billion.

The Pakistani authorities are driven to make sure the Kartarpur Corridor is fully functional to facilitate Sikh pilgrims from India on the 550th birth anniversary of Guru Nanak, which is to be commemorated in November.

Gopal Singh Chawla, general secretary of Pakistan Sikh Gurdwara Prabandhak Committee, stated that the completion of the Kartarpur Corridor is awaited by Sikhs across the world so they can enjoy convenience while travelling to Pakistan to commemorate the 550th birth anniversary of their spiritual leader.

On Saturday, renowned Bollywood actor and recently elected BJP MP, Sunny Deol, visited Gurdaspur to review the construction on the India side and inform the Sikh community.

Chawla assured that the Prabandhak Committee is striving to make sure the project is completed in-time, according to the vision of Prime Minister Imran Khan. He also stated that the Committee and the Sikh community are working together to ensure the birth anniversary of Guru Nanak is not marred by political agendas.

Analysts are of the opinion that the Modi-led government does not want to complete the project but it also does not want to debunk all hopes of constructing the Kartarpur Corridor, which is now a major development impacting Indian Sikhs.

Media reports suggest that the India Prime Minister Narendra Modi seeks to ensure that the authorities of Indian Punjab, primarily cricketer-turned-political Navjot Singh Sidhu, do not claim any credit for playing an instrumental role in the Kartarpur Corridor.

On Saturday, renowned Bollywood actor and recently elected BJP MP, Sunny Deol, visited Gurdaspur to review the construction on the India side and inform the Sikh community about the commitment exhibited by the Modi-led government towards this initiative.

Earlier on 14th March, teams from Pakistan and India met and exchanged notes on the Attari border to formulate a joint-strategy for the construction of the Kartarpur Corridor.

After the first phase of formulation came to an end, the next meeting was scheduled to take place in Pakistan on 2nd April, however, New Delhi cancelled this meeting. Despite the hurdles created by New Delhi, the technical experts from the two countries held three meetings to undertake deliberations.

News Desk - 17 April 2021
PTI leader Jahangir Tareen says he has nothing to do with the rising price of sugar or the sugar mafia. Talking to media outside...

Tapsee Pannu wants a smarter portrayal of women in movies