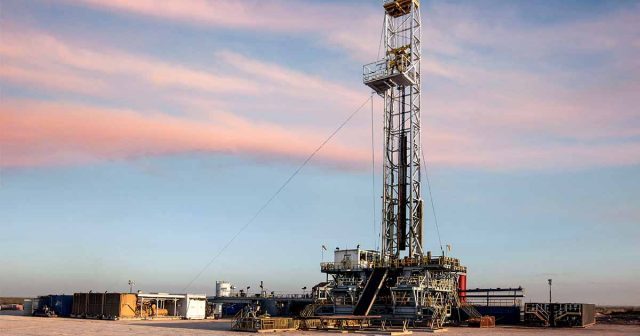 Amid the gloom of political instability, a happy note has been struck by Mari Petroleum Company Limited (MPCL) along with its Joint Venture Partner Pakistan Petroleum Limited (PPL) who have made an oil discovery at an exploratory well in Rawalpindi, Punjab.

The discovery was made at Dharian-l ST-3, drilled in Ghauri, near Gujar Khan in Rawalpindi District. It is the second consecutive discovery by the Ghauri Joint Venture in Ghauri Block, local press reported.

In retrospect, the well was spud-in on December 21st, 2017 and drilled down to the depth of 4,770m MD/ 4,472m TVD with the objective to test the hydrocarbon potential of Soon Valley Sakesar and Khewra.

Earlier this month, Prime Minister Imran Khan had indicated that Pakistan was on the verge of hitting a kind of jackpot in the form of discovering a huge reserve of oil and gas.

The Drill Stem Tests carried out in Khewra Formation flowed 372 barrels of crude oil at 64/64″ choke size having API gravity of 29° and WHFP 10-25 psi. The Ghauri JV is planning to undertake an expeditious evaluation of Dharian-l ST-3 discovery by putting it on test production.

The first-ever discovery in Ghauri Block was made at exploratory well Ghauri X-I in 2014, which is currently on production. Ghauri JV intends to drill the third exploratory well namely Miraj-l as part of its continuous efforts for tapping indigenous hydrocarbon resources.

The MPCL is the operator of Ghauri Exploration License having 65 percent working interest share with PPL as 35 percent interest holder.

Read more: MPCL’s oil discovery in Bolan a success for energy and economy

A group of multinational companies had started offshore drilling at a distance of 230 kilometers from Karachi for the exploration of oil and gas on January 14. Earlier this month, Prime Minister Imran Khan had indicated that Pakistan was on the verge of hitting a kind of jackpot in the form of discovering a huge reserve of oil and gas.

“Just pray that our hopes and expectations from the offshore drilling being carried out by the ExxonMobil-led consortium prove to be true,” he had said.

“There’s already been a delay of about three weeks, but if the indications we are getting from the companies are anything to go by, there’s a strong possibility that we may discover a very big reserve in our waters. And if that happens, Pakistan will altogether be in a different league,” the prime minister had said.

In an informal chat with a group of newspaper editors and other senior journalists, Khan did not share details of the offshore drilling process. And there has been no official word from ExxonMobil and the international oil exploration company ENI which have been involved since January in drilling an ultra-deep well (230km inside the sea) for oil in what is known as Kekra-1 area.