Since when did the Taliban start caring about trees 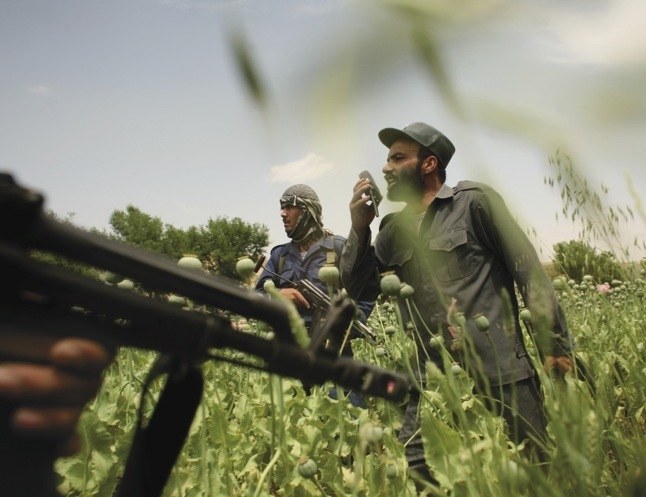 KABUL (Reuters) – The Taliban group in Afghanistan on Sunday used a rare public statement in the name of its leader, Haibatullah Akhundzada, to call on Afghans to plant more trees for worldly and other-worldly good.

Their official office released the “special message” under Akhundzada’s name, an uncommon move for the group that has recently published unsigned statements on a range of issues such as civilian casualties, upcoming military operations, and the anniversary of the withdrawal of Soviet troops in the 1980s.

read more: US encourages Pakistan Afghanistan talks and reconciliation with Taliban looks on…

Akhundzada, a cleric, is believed to have been in hiding since becoming Taliban leader in May 2016 following the death of his predecessor in a U.S. drone strike in Pakistan.

In the statement, he urged Afghan civilians and Taliban fighters to “plant one or several fruit or non-fruit trees for the beautification of Earth and the benefit of almighty Allah’s creations.”

The Taliban has been waging an insurgency against the government in Kabul and its NATO coalition backers since being ousted from power in a U.S.-led military intervention in 2001.

Since the withdrawal of most foreign combat troops in 2014, the Taliban has made slow but steady gains, now controlling or contesting more than 40 percent of Afghanistan.

While the Taliban is mostly known for its insurgent attacks, it has political aspirations and has often worked to provide basic services and assert connections in communities in areas it controls.

Akhundzada, who was reported to have spent 15 years teaching at a mosque in Pakistan, interpreted verses of the Koran in his call for more trees in the arid country.

“Planting trees and agriculture are considered actions which hold both worldly good and benefit as well as immense rewards in the hereafter,” Akhundzada said in the statement.

US withdrawing troops from Afghanistan: Implications for Region