Sindh Cabinet approved Bill to restore student unions, PPP deserves credit where it is due

Some people still maintain that the unions may raise more questions in an unstable polity than they answer. How will the government regulate these unions is still a question. 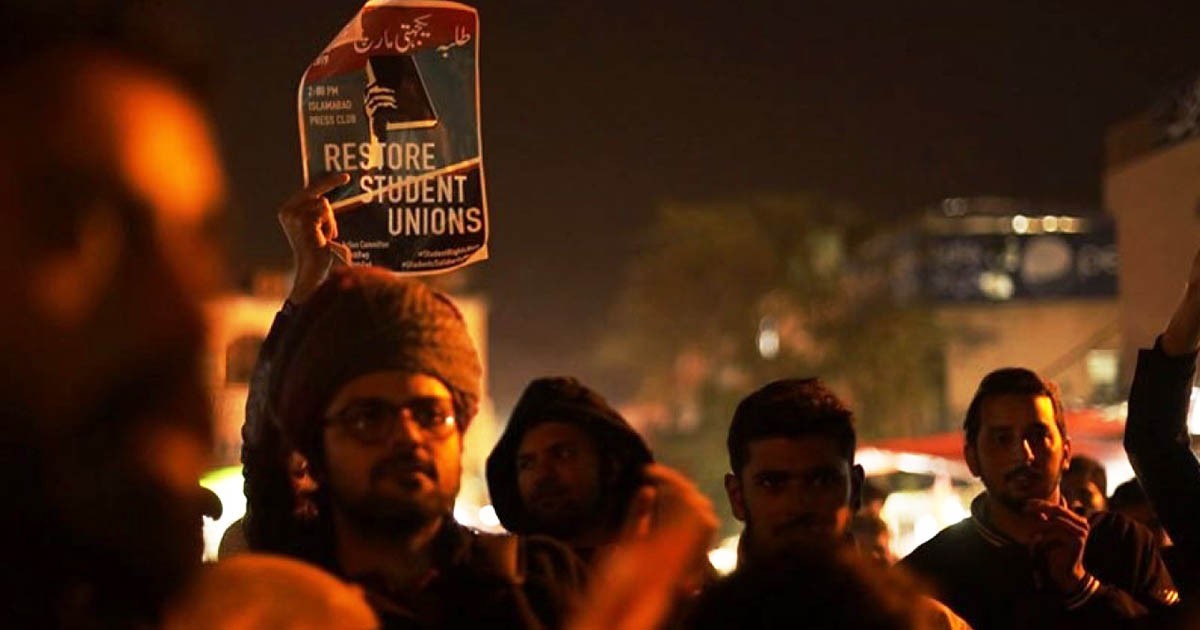 The Sindh cabinet on Monday approved a proposed bill that seeks to lift the ban on student unions in the educational institutions of the province. Political analysts and commentators not only welcomed the development but also appreciated the provincial government for taking a bold step which will strengthen democracy in the country.

Govt of Sindh should be commended for taking the lead among the provinces and approving the Students’ Unions Bill in the provincial cabinet. Hopefully the Sindh Govt will expeditiously complete rest of the stages to pass the bill in Sindh Assembly and to effectively implement it.— احمد بلال محبوبAhmedBilalMehboob (@ABMPildat) December 10, 2019

Approved in a meeting chaired by Sindh Chief Minister Murad Ali Shah, the Sindh Students Union Act, 2019 aims at activating “an effective system to provide for the establishment of students’ unions and regulating them in the province of Sindh”.

A ban on student unions across the country was imposed by General Zia ul Haq’s military regime in January 1984. However, they were banned in Sindh even earlier in 1979, when automatic weapons first surfaced in Pakistan, and on university campuses in Karachi and Lahore.

According to the draft bill, there will be a student union in every educational institution consisting of bonafide students of that institution. The union will be made up of 7-11 members elected by the students of each university or college.

Within two months of the enactment of this law, each educational institution will formulate its own rules and procedures for the conduct of their student union.

Every university or college will have at least one nominee of the elected student union in its syndicate, senate or board, according to the draft law.

The bill also binds educational institutions to constitute a committee for protection against harassment which will be gender-balanced and have at least one nominee of the elected student union.

As per the draft, the student union will be a bona fide representative of the students of the respective education institution and it shall, among other things:

Earlier in November, the Sindh Assembly had unanimously passed a resolution that asked the provincial government to lift the ban on student unions in the educational institutions of Sindh by introducing a code of conduct that may help avoid conflict among various student organizations in the future.

Students across Pakistan protested with a demand for lifting the ban from student unions in all colleges and universities of the country on November 29. Apart from some other demands, the core demand was to give students the lawful right to constitute unions of their own at the campuses.

Thousands of students across Pakistan on Friday took out rallies in support of #StudentsSolidarityMarch demanding restorations of student unions, demilitarization of campuses, halt to budget cuts in higher eduction and an end to sexual harassment on campuses. pic.twitter.com/nn6r0hBpOr

Young university students initiated the campaign from Lahore which, with the help of public intellectuals and civil society, spread across the country. Student’ leaders demanded the present government take immediate steps in order to show its seriousness in upgrading the polarized and class-based education system of Pakistan.