Chief Minister Syed Murad Ali Shah chaired the session of the provincial cabinet on Tuesday, where the prevention measures against the coronavirus epidemic were discussed, which has penetrated 76 countries with more than 3,100 deaths and more than 80,000 infections reported thus far. 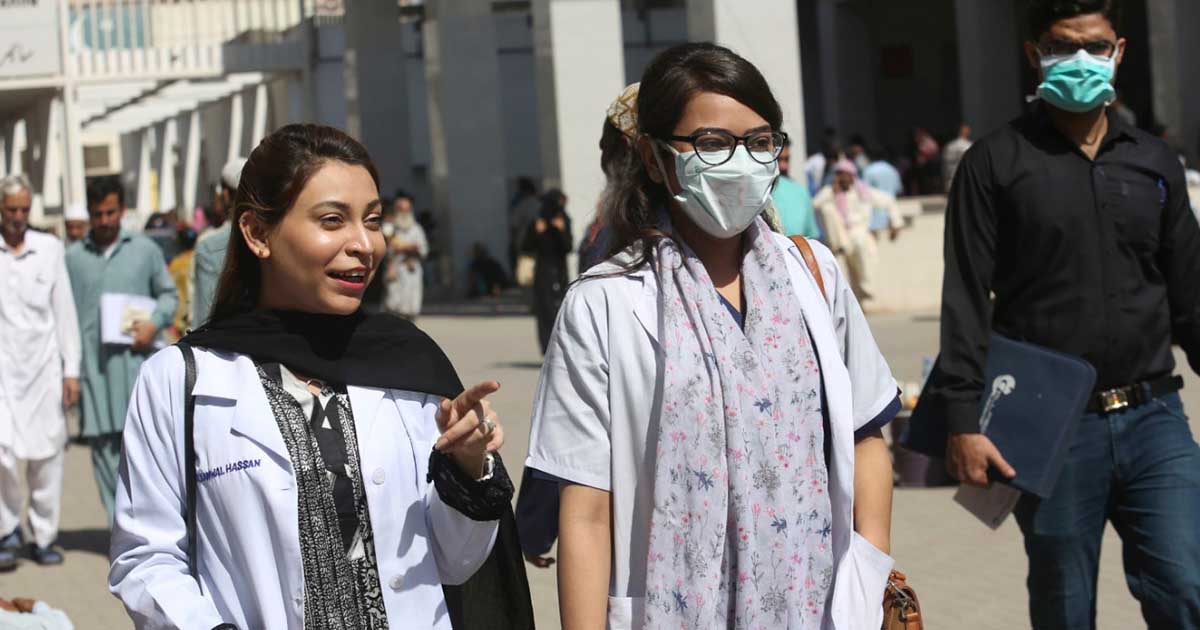 The Sindh government allocated Rs 100m as emergency fund to fight coronavirus on Tuesday. The provincial cabinet was informed that so far 2,301 people, who recently returned from Iran, have been traced.

The cabinet was told that nine isolation wards with 118 beds capacity have been established as a precautionary measure to treat coronavirus patients. As part of the measures against the epidemic, the provincial government said that 5,000 testing kits have also been imported.

Moreover, the Sindh government has also decided to shut public libraries until March 13. CM Sindh Murad Ali Shah said that those travelling to and from China and Iran will be tested and held in isolation at homes.

Read more: Coronavirus reaching Pakistan: Can Pakistan fight it like China did?

He said that after March 13, schools will be reopened in the province as it is necessary to send children to school.

Pakistan had suspended all flights to Iran and closed land borders with its neighbour, officials confirmed on Friday, after Islamabad detected its first two coronavirus cases, both people who had recently travelled to the Islamic Republic. Dr. Zafar Mirza said that both of the patients are in stable condition and other suspects have tested negative.

Flights to and from China, the epicentre of the deadly outbreak, and Afghanistan, which also detected its first case this week, were still operating, however, and their land borders with Pakistan were also open.

The virus has now killed 2,856 people and infected more than 83,000 worldwide, with an increasing number of new cases being reported each day. New infections have slowed in China, which has nearly 2,800 deaths out of nearly 79,000 cases.

However, Iran has emerged as a new hotspot for the virus, with at least 26 deaths and more than 245 infections so far. There are growing fears in Pakistan — sandwiched between China and Iran — over how the country would deal with the outbreak.

Earlier this week, Sindh Chief Minister Syed Murad Ali Shah had taken the decision considering the quarantine time period of the probable patients kept in isolation in Dow Medical Hospital, Karachi. The decision was taken during the fourth meeting of Task Force on Corona Virus in Sindh. The CM took decision after consulting the Task Force members, especially with doctors to avoid any mishap and possible spread of the lethal virus.