Sindh High Court Reinstates A. D. Khowaja and Adds to the Humiliation of PPP Government 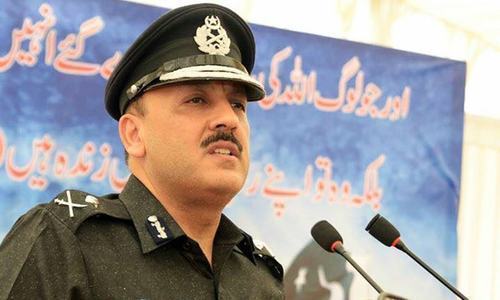 Sindh High court has suspended Sindh government’s notification of the removal of A.D. Khowaja, ordering him to take charge of his post immediately. The whole saga has created a huge political embarrassment for Sindh’s PPP Government.

Earlier on Sunday, Abdul Majeed Dasti, Khowaja’s replacement, by CM Sindh had taken charge as Inspector General. But, A.D. Khowaja had refused to relinquish his charge. The federal government had also, not accepted the decision of Sindh government. It had indicated that the removal of IG Khowaja was not done as per ‘laws and regulations.’

Crowds appeared on streets of Karachi, on Sunday, to protest the sudden change of IGP; forcing police to resort to baton charging, tear gas shelling, water cannons, and aerial firing. First Alamgir Khan, the founder of FIXIT, who was protesting outside the press club, was arrested along with other social activists, leading to PTI workers jumping into the fray.

Led by MNA, Dr. Arif Alvi, PTI workers battled with police outside the offices of the Governor and CM demanding the release of Alamgir Khan, other social activists, and PTI workers. Karachi police later told the media that eleven arrested persons were released after a few hours.

Crowds appeared on streets of Karachi, on Sunday, to protest the sudden change of IGP; forcing police to resort to baton charging, tear gas shelling, water cannons, and aerial firing.

While the Sindh government had not formally explained its decision to remove A.D. Khowaja. Sources in police and Sindh administration pointed out that there were serious differences on a number of issues, including; recruitments of constables, transfer, and postings, and IGP’s tough dealings with sugar barons in interior Sindh.

Khowaja had created a recruitment system for constables, on the basis of standardized testing, like NTS, and had created a selection committee that involved personnel from Army’s Corp 5 and Citizens Police Liason committees.

Through this elaborate process, he had already recruited 17,000 constables, who in the second stage had to undergo training with the army. Almost 6000 of them have already done so. The Chief Minister was continuously under pressure from local PPP politicians all across Sindh, to recruit police constables on political considerations, especially with 2018 elections in sight.

In addition, IG Khowaja had also been introducing police reporting centers which would have helped to remove the current ‘thana culture’ prevalent in many parts of the province. So far these had only been introduced in Karachi and Hyderabad divisions but was soon to be extended in all divisions of Sindh. It is pertinent to note that Pakistani politicians rely on the use of the ‘thana’ culture to win elections in the constituencies.

The Chief Minister was continuously under pressure from local PPP politicians all across Sindh, to recruit police constables on political considerations, especially with 2018 elections in sight.

Earlier, in December 2016, A.D. Khowaja, was sent on ‘forced leave’. Civil society activists, including the famous singer, Shahzad Roy, had petitioned the Sindh high court, that the IGP has been abruptly removed and has not been allowed to complete his tenure and that the court should intervene.

Read more: Dr. Asim gets released amidst allegations of a “deal” between Zardari & Nawaz?

High court bench, led by Chief Justice Sajjad Ali Shah issued an interim stay order at the time. When IGP retook his office, CM Sindh, Murad Ali Shah, had then claimed, that the IGP had gone on a voluntary leave.

Sources in Sindh administration and the legal community had already pointed out that the final decision of the Sindh high court, on the issue, was expected any time and could add to the difficulties of the Sindh government.

Other political parties had vociferously condemned the sudden removal of A.D. Khowaja. Imran Khan, on Sunday, while speaking to a large rural crowd in Talagang, district Chakwal, ridiculed the Sindh government decision by saying that “Look, IGP AD Khowaja, has been removed, not for not doing wrong but removed for doing the right things”. PTI takes credit for creating country’s most respected and stable police system. While IGP’s had been changing and losing their jobs in all provinces; in KPK, one officer, Nasir Durrani, from Punjab, served as head of police for almost four years and left gracefully after retiring. Sindh has seen five changes since the elections of 2013.

Khawaja Saad Rafique, federal Railway Minister, also made cutting remarks when talking to the media that the PPP government in Sindh cannot work with officers, on merit, like A.D. Khowaja. However Punjab police itself is not seen by many as an institution to talk about in a flattering light.