After Egypt's president, Abdel Fattah el-Sisi, appointed top judges for the first time in the country's modern history, criticism of the judiciary's lack of independence is rampant. 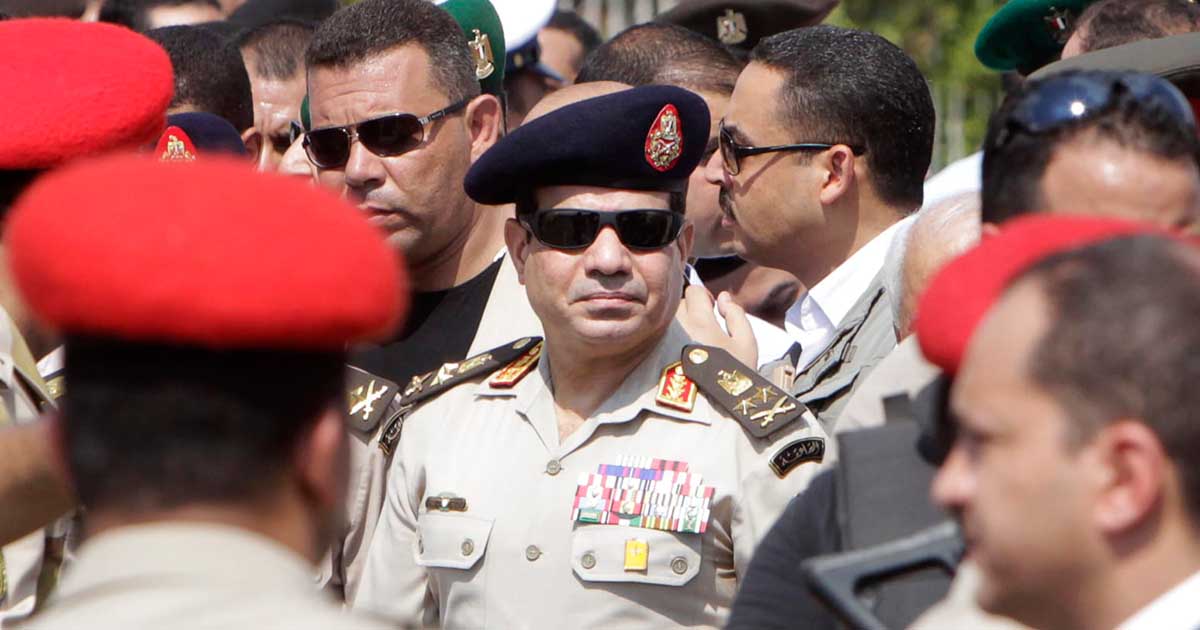 Last month, Abdel Fattah al-Sisi, the President of Egypt, installed the heads of the Supreme Constitutional Court, the Court of Cassation and the Administrative Prosecution Authority. The move came as part of sweeping constitutional changes which extend the president’s term in office and gave the military even greater influence over Egyptian political life. However, the recent changes have “raised some thorny questions,” as pointed out by a judge.

“The role of the judge is to be at arm’s length from the executive, but this is inconsistent with the fact that the president of the republic is now involved with a judge’s transfer, promotion and accountability,” he complained.

Egypt was ranked 66 out of 126 countries for government interference in criminal justice, in the Rule of Law Index released earlier this year by the World Justice Project.

Sisi’s new powers may lead some judges to be “compromised” through their new ties to the authorities, the judge mentioned, by obtaining “perks and privileges” for their legal decisions. All judges who spoke to reporters did so anonymously due to the sensitivity of their comments.

The constitutional overhaul, which included four articles affecting the judiciary, was approved by 88 percent of voters in an April referendum, according to the election authorities. Human Rights Watch stated that the changes would “entrench repression” and “consolidate authoritarian rule”.

Since Sisi took office in 2014, rights campaigners have regularly accused his government of abuses including unfair trials and torture, as well as a clampdown on opposition and the press. Thousands have been jailed in mass trials which Cairo claims are aimed at tackling terrorism.

The country’s Judges’ Club has slammed global criticism of the trials as “unacceptable interference in the work of the independent Egyptian judiciary and… the sovereignty of the Egyptian state.” But the recent revamp of the judiciary is “further eroding its independence,” explains leading Egyptian lawyer and human rights activist Gamal Eid. “Long periods of pre-trial detention, placing hundreds of people on terror lists and numerous death sentences are all examples of the current standing of the judiciary,” he added.

Egypt was ranked 66 out of 126 countries for government interference in criminal justice, in the Rule of Law Index released earlier this year by the World Justice Project. The country was ranked 121st overall in the index, which includes areas such as fundamental rights and regulatory enforcement.

Whereas the justice minister would previously pick judges for certain top posts, approved by the president, now Sisi has the right to make appointments directly. “These laws have become a reality now,” said independent lawmaker Mohamed Fouad. “The bitter and sweet parts of the amendments have gone through,” he added.

Those appointed to top judicial posts sit on a higher council headed by Sisi, which is consulted on new laws and works on promotions among other issues. The wide-ranging changes, and particularly the president’s ability to directly make key appointments, have raised questions over the separation of powers between different areas of government.

“Competence must be determined by someone from within,” said a former senior judicial official. “Can anyone from outside the field of medicine assess the performance of a doctor? Of course not.”

Do We need to Worry about Pakistan’s Planned Troop Deployment in Saudi Arabia?