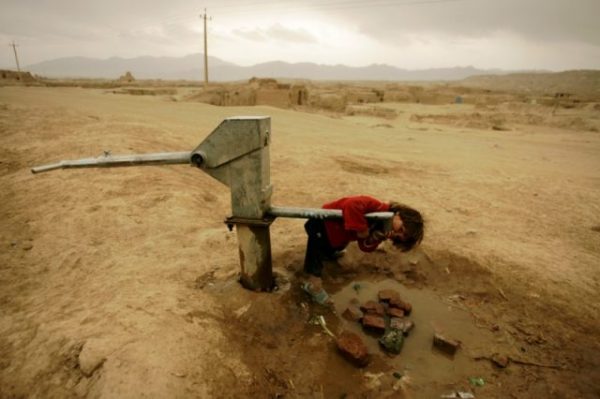 For the past few days, large portions of southern and central Punjab have been blinded by smog; an air pollutant often confused with fog, known for its strong odour and opacity. This is a bi-annual phenomenon but this year, the smog clouds are causing problems.

Lahore reported zero visibility from midnight till after dawn and in a few hours after sunset. This disrupted people’s daily commute, leading to the Lahore-Islamabad motorway being cordoned off. Traffic jams on the grand trunk road have become ever present due to the lack of visibility and road accidents have increased.

There have also been power shutdowns all across the affected areas and complaints of respiratory illnesses. Sounds like a perfect holocaust plot – who is behind this? Not mother nature, surely? Meteorological experts and environmental specialists have blamed this occurrence on our Eastern nemesis.

A report claims that almost 22 percent of premature deaths in Pakistan are attributable to pollution.

They say that there has been stubble burning by farmers and emissions from coal-fired power plants in India. Experts at the Space and Upper Atmosphere Research Commission (SUPARCO) have spotted 2,620 fire incidents via satellite in Indian Punjab on November 2nd, while there were only 27 such cases in Pakistan’s share of the Punjab.

Some Meteorological experts, however, have a different theory. Instead of blaming it on the BJP, they are of the opinion that the smog has intensified this year due to a prolonged dry spell. With temperatures dropping gradually and dust mixed with a smoke hanging in the mist, no rain for a prolonged period has rendered this smog lethal.

There is also the group of rationalists that say this problem is due to none of these factors. “Every year Middle Eastern countries, especially Iraq, Syria, and Iran, are hit by heavy sand and dust storms, which form dust clouds,” said Asif Shuja, former DG EPA, to an online publication.

Traffic jams on the grand trunk road have become ever present due to the lack of visibility and road accidents have increased.

“These dust clouds travel thousands of kilometres to other countries, including Pakistan, mostly in April-June and September-November,” he said, adding that this time the impact of these clouds is far worse in Pakistan because of the prolonged lack of rain.  He said that after reaching Pakistan, these dust clouds get coupled with the dust storms in the That Desert and that worsens the smog to a great degree.

He pointed out that around 122 dust storms had been reported last year in Iraq alone, blanketing the sky for 283 days.He was of the opinion that stubble and sugarcane burning couldn’t possibly whirl up such dense smog in a short span of time but he didn’t deny that it could be a contributing factor.

Air pollution in Pakistan has been reported to have been fatal for 60,000 people till date and Pakistan were ranked one of the deadliest places in the world to live in terms of air pollutants. This situation has not yet been able to ring alarm bells in legislative bodies.

A report claims that almost 22 percent of premature deaths in Pakistan are attributable to pollution. These amount to 300,000 deaths annually, more than the deaths caused by road accidents (Smog is such a paradoxical killer: People are dying in road accidents because of smog, trying to escape respiratory illnesses).

For people blaming this on carbon emissions, stubble burning, industrial smoke, Indian conspiracies and Middle-Eastern dust; you might all be correct in your own domains. This smog is at the heart of all of these factors. Like all environmental issues, the solution lies in grassroots contributions. Tree planting initiatives, reducing carbon emissions, recycling domestic waste, minimizing fires and conserving natural resources could all play a vital role in saving the world right now.

Iraq journalist who threw shoes at Bush stands for parliament

Xi Jinping and Putin meet as US tensions brings them closer