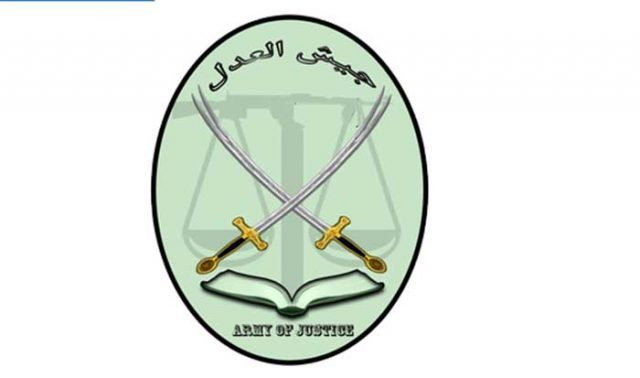 It may be reading tea leaves but analysis of the walk-up to Saudi crown prince Mohammed bin Salman’s visit and his sojourn in Islamabad suggests that Pakistan may be about to fight battles on two fronts rather than just the Indian one in the wake of this month’s attacks in Kashmir.

Prince Mohammed’s expressions of unconditional support for Pakistan coupled with his promise of US$20 billion in investments in addition to US$6 billion in desperately needed financial aid raise the specter of a shift in Pakistani efforts in recent years to walk a fine line in the rivalry between Saudi Arabia and Iran.

That fine line included a 2015 Pakistani refusal to send troops to the kingdom in support of the Saudi military intervention in Yemen. Speaking to the Arab News this week, Major General Asif Ghafoor, head of the Pakistan army’s media wing, suggested that Pakistan’s commitment to Saudi Arabia was equally unconditional. “Pakistan is committed to standing by its Saudi brethren,” Maj. Gen. Ghafoor said.

Saudi Arabia and Pakistan expressed in a little-noticed declaration in their joint statement at the end of the crown prince’s visit “the need to avoid politicization of the United Nations listing system.”

Pakistani Foreign Minister Shah Mehmood Qureshi seemed to fine tune the officer’s statement by not mentioning Yemen in his remarks to the Saudi paper and limiting Pakistan’s commitment to the kingdom itself. “If anyone would create chaos in or attack the Kingdom, Pakistan would stand by its brethren Saudi Arabia,” Mr. Qureishi said.

The stakes for Pakistan that borders on Iran and is home to the world’s largest minority Shiite Muslim community could not be higher. Concerned that Pakistan’s position may be shifting, Iran this week dialled up the rhetoric by warning that Pakistan would “pay a high price” for last week’s attack in the Iranian province of Sistan and Baluchistan that killed 27 Revolutionary Guards.

Like with India in the case of Kashmir, Iran asserted that the perpetrators, Jaish-al-Adl, were operating from Pakistani territory with at least the tacit knowledge of Pakistani authorities. In an unusual disclosure, Iran said three of the six perpetrators of last week’s attack, including the suicide bomber, were Pakistani nationals.

In the past, Iran has by and large said that militants who had launched attacks were Iranian nationals rather than Pakistanis. The tone of Revolutionary Guards chief Major General Mohammad Ali Jafari’s statement holding Pakistan, alongside the United States, Saudi Arabia, and Israel, responsible for the recent attack reflected Iranian concern with what may flow from Prince Mohammed’s visit.

“Why do Pakistan’s army and security body … give refuge to these anti-revolutionary groups? Pakistan will no doubt pay a high price. Just in the past year, six or seven suicide attacks were neutralized but they were able to carry out this one,”,” Maj. Gen. Jafari said in remarks live on state television.

Initially, Iran had limited itself to blaming external powers rather than Pakistan for the attack. Indications suggesting that Prince Mohammed’s visit to Pakistan may have been about more than economic cooperation were severalfold and involved gestures that despite Pakistani denials would not have come without a price tag.

The tone and gestures during Prince Mohammed’s visit contrasted starkly with positions adopted by Mr. Khan during his election campaign and immediately after he took office last year.

Saudi Arabia and Pakistan expressed in a little-noticed declaration in their joint statement at the end of the crown prince’s visit “the need to avoid politicization of the United Nations listing system.” The statement was implicitly referring to Indian efforts to get the UN Security Council to designate Masood Azhar as a global terrorist. Mr. Azhar is the head of Jaish-e-Mohammed, the group that has claimed responsibility for the Kashmir attack.

China, which at Pakistan’s behest has blocked Mr. Azhar’s designation in recent years, this week rejected an Indian request that it lift its veto. China asserts that Indian evidence fails to meet UN standards. The reference to UN listing in the Saudi-Pakistani statement seemingly failed to resonate in New Delhi where Prince Mohammed stopped after visiting Islamabad.

In another tantalizing incident, Mr. Qureshi, the Pakistani foreign minister, did nothing to distance his country from a statement in his presence by Saudi State Minister for Foreign Affairs Adel Al-Jubeir accusing Iran of being the “world’s chief sponsor of terrorism”.

Pakistan agreed to General Sharif’s appointment as commander despite its refusal to join the coalition in the belief that the 2017 Saudi request that he be seconded put the South Asian nation between a rock and hard place. Pakistani military officials argued at the time that while the appointment would irritate Iran, refusal of the Saudi request would expose Pakistan to criticism from many more in the Islamic world.

Neither the Pakistani government nor the IMCTC gave details of General Sharif’s discussions. The IMCTC, however, said in a tweet that “salient contours of IMCTC’s domains and initiatives in the fight against #terrorism were discussed.”

Middle East scholar Michael Stephens, who heads the Royal United Services Institute (RUSI) operation in Qatar suggested that reading the tea leaves may best be done with a grain of salt.

The tone and gestures during Prince Mohammed’s visit contrasted starkly with positions adopted by Mr. Khan during his election campaign and immediately after he took office last year. In his first post-election televised speech Mr. Khan made a point of discussing his country’s relationship with Saudi Arabia and Iran.

“We want to improve ties with Iran. Saudi Arabia is a friend who has always stood by us in difficult times. Our aim will be that whatever we can do for conciliation in the Middle East, we want to play that role. Those tensions, that fight, between neighbours, we will try to bring them together,” Mr. Khan said.

The geopolitical fallout, if any, of what for now amounts to symbolism will likely only be evident in the weeks and months to come. Beyond Iran’s toughening stance towards Pakistan in the wake of the attack on its Revolutionary Guards, tell-tale signs would be a closer Pakistani alignment with the Saud-led anti-terrorism coalition and the degree to which Pakistan-based militant launch attacks inside Iran.

Middle East scholar Michael Stephens, who heads the Royal United Services Institute (RUSI) operation in Qatar suggested that reading the tea leaves may best be done with a grain of salt. “Geography is what it is, and Pakistan will always have to maintain a relationship with Iran (economic and security) regardless of how much cash it gets from Riyadh… Pakistan will do what’s best for Pakistan, and not Riyadh, the US or Tehran. Telling everyone what they want to hear is kinda how this all works,” Mr. Stephens said.

Is there a dispute between U.S intelligence fraternity and Trump administration over Iran?

Iran to disregard all restrictions on its Nuclear Program and will forego limit on centrifuges in the...