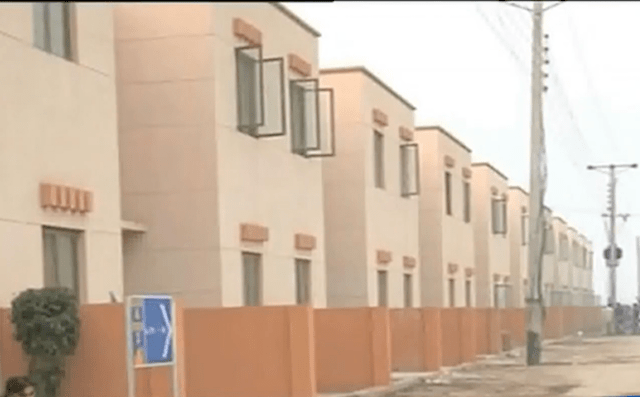 Initiated in 2014 the Ashiana-Iqbal Project could not be completed mainly because an illegal award increased the cost if the project is initiated now the increased cost of Rs. 40 billion will be borne either by the applicants or by the govt. As Director General (DG) of Lahore Development Authority (LDA) from 2013 to 2016 Ahad Khan Cheema was also a Board Member of Punjab Land Development Corporation (PLDC).

In a meeting on Oct 21, 2014, Chief Minister (CM) Punjab Shahbaz Sharif ordered that the Ashiana-Iqbal project is transferred from PLDC to DG LDA. This decision had no rationale as according to law only PLDC‘s Board was competent to carry out its projects like Ashiana-Iqbal Schemes.

Kidwai did not have the experience necessary regarding the preparation of feasibility and bidding documents of a housing project under the PPP mode.

Why was the PLDC Board bypassed to process Ashiana Scheme at LDA? It is evident the project was put under a “one-man show” under Ahad Cheema so as to accommodate a  favorite bidder, incidentally a proxy company of Paragon. The project was shifted to LDA under the garb of “planning and design”, however, the record proves that DG LDA conducted the bidding and issued the letter of award to a favorite bidder.

Once this was done the project was transferred back to PLDC. The Public-Private Partnership (PPP) Act 2014 requires the hiring of transaction advisors for preparation of feasibility studies and bidding documents when the govt agency does not have relevant expertise.

This misuse of authority with criminal intent surfaced because Cheema got fraudulent and deceitful bidding documents and project feasibility prepared from his co-accused Bilal Kidwai. Kidwai did not have the experience necessary regarding the preparation of feasibility and bidding documents of a housing project under the PPP mode.

Consider the money trail with the conclusion of the purchase of 100 Kanal of land near DHA Lahore.

One of the observations was that dilution of lead member shareholding be restricted because of section 14 (d) of the PPP Act, 2014 which requires that in case the bidder is a consortium, its members and their roles and proposed shareholdings shall be disclosed at the pre-qualification stage.

Cheema and Kidwai agreed to address the observations, however, they granted illegal benefit to M/s Bismillah Engineering Service Co, a proxy company of M/s Paragon, which incidentally did not even submit the bidding documents.

Contract was awarded to Bismillah by falsely showing other companies as lead member of the Joint Venture, whereas, it was in their knowledge that Bismillah, a C4 company, was the lead member whereas names of big companies like SPARKO and M/s Anhui China were shown to falsely use their credentials for awarding higher marks to M/s Bismillah.

Cheema’s case is an excellent example of massive white collar crime whereby the expectations of thousands of poor families was sacrificed at the altar of the greed of one bureaucrat and his political bosses. Consider the money trail with the conclusion of the purchase of 100 Kanal of land near DHA Lahore.

It stands to reason that the Saad brothers were being gifted this contract by Shahbaz as a political quid pro quo.

For the purchase of the land, an amount of Rs. 127.5 million was simultaneously paid from Paragon accounts, the similar amount was paid by Cheema and his family. What coincidence that Paragon paid Rs 127.5 million for the land which came to Cheema exactly during the same time period (year 2014) of processing of the contract.

Is this anything but a bribe? Cheema received illegal gratification 100 Kanal Land in Lahore from M/s Paragon in lieu of his unlawful act of awarding the contract to an ineligible firm. For his personal gain of land now worth Rs. 300 million, Cheema caused a direct loss of Rs 660 million to govt and an indirect further loss of Rs. 4 billion to be shared by public and govt.

Cheema and his family give no explanation for this transaction, their silence on the issue is self-evident and incriminating. Incidentally, it is common for assets purchased out of bribes to be in the name of family members, employees, associates, etc. The superior courts in various cases held that “benamidars” should not be condemned unheard but given an opportunity during the investigation to present their views.

Since the illegal benefit being obtained by Cheema in his own name and in the names of his family members, it was mandatory for NAB to question his family members. NAB’s interrogation remained within law all the times. After meeting Ahad in NAB’s prison in February 2018, family members publicly lauded the NAB’s conduct to the media.

One of the major components of hybrid warfare is subverting the media, this is far more effective when a credible medium is bought over/compromised to distort facts.

The LHC held that prima facie reasonable grounds exist to believe the petitioners’ involvement in the alleged offense. The LHC dismissed the bail petitions of beneficiaries family members Mansoor Ahmad and Ahmad Hassan who are still at large. This was not all, Cheema fraudulently handed over land measuring 2100 kanals worth Rs. 14.00 Billion to the ineligible company.

The company portrayed the land as an extension of the Paragon project to raise deposits for their housing project of Paragon. Only after NAB’s efforts that the land was reclaimed by the Govt but only after suffering a loss of Rs. 660 million in the form of expenditures on the project and the liquidation damages.

Fawad Hassan Fawad has categorically stated that he forced the LDA to cancel the award of the contract to Chaudhry Latif & Sons at the behest of Shahbaz Sharif, the former CM finally acknowledging he gave these instructions for award to Paragon. Ostensibly Paragon is owned by the Saad brothers, such evidence is believed to be recovered from a bank.

It stands to reason that the Saad brothers were being gifted this contract by Shahbaz as a political quid pro quo. In both the cases the so-called honest bureaucrats have acquired assets in this case alone a 100 times over or so beyond their known means of income. While countries are subject to hybrid warfare of the kinetic and/or non-kinetic kind, individuals, govts, organizations, etc, are mostly the subject of private non-kinetic initiative.

One of the major components of hybrid warfare is subverting the media, this is far more effective when a credible medium is bought over/compromised to distort facts. Some motivated articles recently appeared supporting the stance of the accused in the housing scheme scams uncovered by NAB during the investigation.

While one assumes NAB has enough evidence to back this up, what should the law do with those who deliberately spread false stories to enable the corrupt to escape justice?

Previous articleGrey List Fiasco: FATF team arrives in Islamabad for progress report
Next articleWhat caused the resignation of the US Ambassador to UN?

24 September 2021
Previous articleGrey List Fiasco: FATF team arrives in Islamabad for progress report
Next articleWhat caused the resignation of the US Ambassador to UN?