While Pakistanis mocked India over spy-pigeons conspiracies, but pigeons with supernatural ability were a secret force of CIA against enemies in the long cold war against the Soviet Union 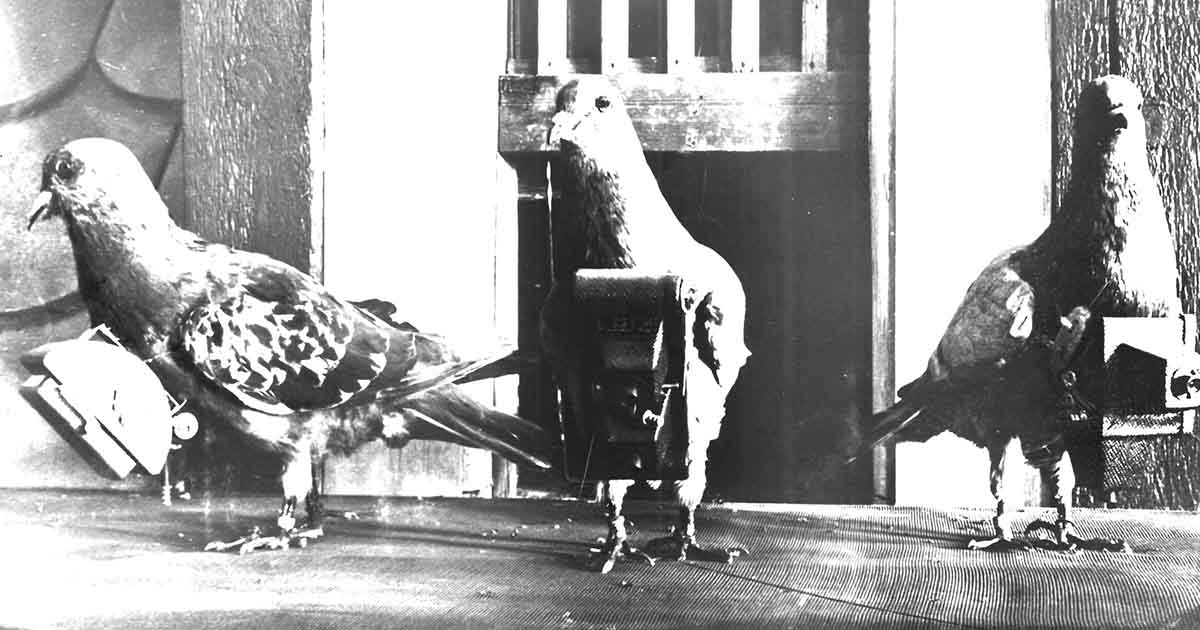 Nearly two decades following the end of the Cold war, the CIA confessed to using Spy-pigeons to extract important information from the Soviet Union. Not only pigeons, but the declassified files also show CIA tactfully used ravens and dolphins for spy missions in the Soviet Union.

The files dating back to the 1960s and 1970s reveal how pigeons were trained for secret mission codenamed Tacana. Spy pigeon took photographs of sensitive sites in the Soviet Union with tiny cameras fitted in them which automatically captured images. The clandestine mission made use of pigeon’s supernatural ability to trace hundreds of miles back home from strangest places.

Declassified Files Reveal CIA’s use of Spy Pigeons During the Cold War – https://t.co/ICxWeSlrci Central Intelligence Agency documents show the the use spy pigeons during the Cold War. An idea that was far from “for the birds”. Indeed, the practice of using avian agents in the… pic.twitter.com/cc8AdFCI8s— CamTrader (@CamTrader_ca) September 19, 2019

The files reveal that the CIA trained a raven to deliver and retrieve small objects of up to 40g from the windowsill of inaccessible buildings. A similar study was conducted to test the viability of migration birds for intelligence purposes.

The secret files are stored at the CIA’s Headquarters in Langley, Virginia, which is a museum close to the public.

The bird was taken to police who ordered the bird to be X-rayed. Nothing suspicious turned up, but the pigeon was registered in police logs as a “suspected spy” according to reports.

The utility of pigeons for intelligence purposes was discovered in World War I, the strategy was replicated in World War II. Pigeons conducted its first successful mission in World War II when British Intelligence agency dropped a container filled with birds with a parachute over Occupied Europe. A questionnaire was attached, and more than 1000 pigeons returned with the details of V1 rocket launch sites and German radar stations.

Britain abandoned the use of pigeons following the end of WWII but the CIA picked up the mission to exploit the abilities of pigeons in the Cold War. It did several experiments including an eavesdropping mission, to extract the conversation in between the Soviet Union officials.

The conspiracy of spy-pigeon was recreated when India claimed to have seized a spy-pigeon from Pakistan who crossed Indo-Pak border into India’s Pathankot, four years ago in 2015. Indian officials captured it on suspicions of it being a Pakistani spy, following the news released by India’s intelligence bureau of a possible militant activity two days ahead.

The conspiracy churned up when a 14-year old in an Indian village near Indo-Pak border found a white pigeon with a message partly written in Urdu-a language widely spoken in Pakistan and a few numbers inscribed on it. The bird was taken to police who ordered the bird to be X-rayed. Nothing suspicious turned up, but the pigeon was registered in police logs as a “suspected spy” according to reports.

The news of a suspected spy pigeon from Pakistan met with amusement on both sides of the border, causing Pakistanis to share hilarious memes on social media.

Similar assertions from India of catching a spy pigeon from Pakistan resurfaced in 2018. The Indian authorities stated to get the X-ray of the pigeon to decode secret messages, but to no avail.

Pigeon suspected of being Pakistani SPY is 'arrested' in India http://t.co/ZD2E2dpnnY pic.twitter.com/cZHPMdaWCP

How can you send and receive money through Whatsapp Pay?