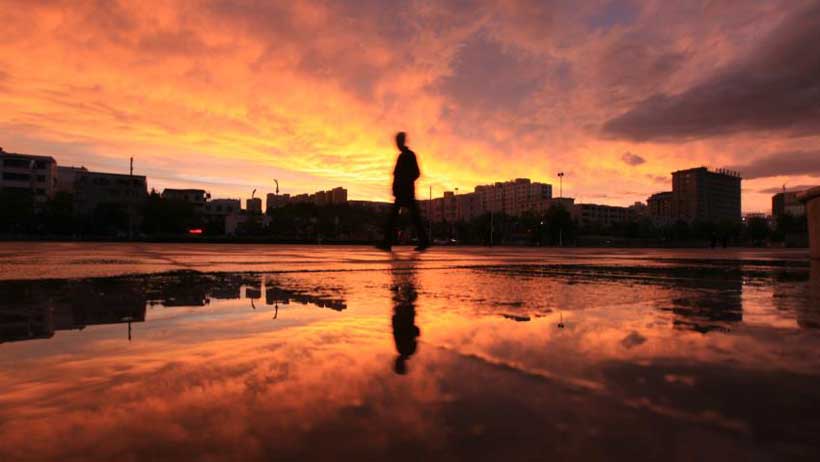 A draft US resolution that would designate a Pakistani militant as a global terrorist threatens to be China’s, and possibly Pakistan’s showdown at the OK Corral. The draft is supported by Britain and France.

The resolution, if formally tabled in the full United Nations Security Council, could force China to justify its ten-year long blocking of efforts to designate Masood Azhar, the head of Jaish-e-Mohammed, the UN designated Pakistani group believed to be responsible for last month’s suicide attack in Indian-administered Kashmir. Some 40 Indian paramilitary personnel died in the attack that briefly brought Pakistan and India to the brink of war.

A draft US resolution that would designate a Pakistani militant as a global terrorist threatens to be China’s, and possibly Pakistan’s showdown at the OK Corral.

China earlier this month blocked a French draft resolution presented to the council’s 1267 committee, saying it needed more time to study evidence against Mr. Azhar. Known as the Al-Qaida Sanctions Committee, the committee was established on the basis of Security Council resolution 1267 adopted in 1999 to create a sanctions regime for Al Qaida and the Taliban.

China has in the past said there was insufficient proof to list the Pakistani militant. In response to the US draft, China’s foreign ministry said this week that a “comprehensive and thorough” assessment was needed before blacklisting Mr. Azhar. The United States, by circulating the draft weeks after the failed French attempt, is in effect saying that China can no longer buy time. The US draft amounts to an effort to put on public display seeming contradictions in Chinese as well as Pakistani policy.

To be sure, China, as a permanent Security Council member, is likely to veto the US draft if it were to be put to the vote. The veto, however, would put to rest Chinese assertions that Beijing had so far not vetoed Mr. Azhar’s blacklisting but “put a hold on the application” to promote “proper settlement of the issue through dialogue.”

The Chinese position was supported by Pakistan’s UN ambassador, Maleeha Lodhi, who cautioned that the Security Council’s terrorism sanctions regime and the Financial Action Task Force (FATF), an international anti-money laundering and terrorism finance watchdog, should not be used by powers as a tool to score geopolitical points. Ms. Lodhi was pointing fingers at the United States but stopped short of explicitly mentioning it.

Some 40 Indian paramilitary personnel died in the attack that briefly brought Pakistan and India to the brink of war.

“Pakistan has been the principal victim of terrorism, including that supported, sponsored and financed from abroad. But this has not diminished my country’s resolve to eliminate this scourge,” Ms. Lodhi insisted. Pakistan’s support of Chinese obstruction of Mr. Azhar’s designation casts however a further shadow over the Islamabad government’s so far unsuccessful efforts to convince FATF that it is addressing the group’s criticism. FATF has threatened to put the South Asian state on its blacklist.

FATF’s regional affiliate, the Asia/Pacific Group on Money Laundering, this week took Pakistan to task for its allegedly weak implementation of measures against proscribed groups. A failure to satisfactorily address FATF concerns could impact Pakistan’s application for a financial aid package from the International Monetary Fund (IMF). Pakistan denies Indian claims that Jaish-e-Mohammed is one of several militant groups supported by the Pakistani military.

Pakistan says it has intensified its crackdown on militants in the wake of the Kashmir attack.  The government announced earlier this month that it had taken control of 182 religious schools and detained more than 100 people, including Mr. Azhar’s brother, as part of its push against banned groups such as Jaish-e-Mohammed. In response, Mr. Azhar has denied government claims that he was seriously ill, ridiculed the government’s assertion that it was truly cracking down and warned that the crackdown would spark jihad across South Asia.

He also goaded India in his regular column in Jaish-e-Mohammed’s Al-Qalam weekly. “India’s brain is not working. They are trying to threaten us. But are their threats making us scared? Certainly not. In fact, their threats encourage us. Their threats do the same trick as public appreciation does for a poet reciting his poetry,” Mr. Azhar wrote. China, perhaps inadvertently, helped increase pressure on Pakistan to meet FATF’s requirements by voting this week in favour of a Security Council resolution that criminalizes funding of political violence and demands that all countries establish legal frameworks to counter the practice.

Ms. Lodhi was pointing fingers at the United States but stopped short of explicitly mentioning it.

The US draft could put China in the difficult position of having to square its shielding of Mr. Azhar with its effort to convince the international community that its brutal crackdown on Turkic Muslims in the troubled north-western province of Xinjiang is key to its fight against political violence. China asserted in a white paper published this month that its counterterrorism policies in Xinjiang that amount to a frontal attempt to alter Islamic practices and involve the incarceration of up to one million people in re-education camps dubbed vocational training facilities were producing results.

The paper claimed that the policies were in accordance with the rule of law and protecting human rights. “Hundreds of thousands and possibly millions of Uyghurs are held against their will in so-called re-education camps where they’re forced to endure severe political indoctrination and other awful abuses,” US Secretary of State Mike Pompeo said in a speech in Washington on Friday.

Mr. Pompeo was speaking after meeting with a former detainee, Mihrigul Tursun, and three other Uyghur activists. Ms. Tursun has spoken publicly about allegedly being abused and tortured in detention. The meeting and Mr. Pompeo’s remarks came against the backdrop of moves in the US Congress to out Chinese companies that facilitate the crackdown in Xinjiang.

Security Council resolution that criminalizes funding of political violence and demands that all countries establish legal frameworks to counter the practice.

Major US institutional investors have recently divested from Hikvision, the world’s largest surveillance company that provides technology used in Xinjiang’s re-education camps. China’s predicament in squaring its protection of Mr. Azhar with the justification of its crackdown is unlikely to crack the Muslim world’s wall of silence about what is happening to their Chinese brethren. Western pressure on China threatens to strike closer to home.

To their credit, Pakistani prime minister Imran Khan and Indonesian president Joko Widodo have refrained from following in the footsteps of Saudi crown prince Mohammed bin Salman and Kazakh foreign minister Beibut Atamkulov as well as the Organization of Islamic Cooperation that all have endorsed China’s crackdown.

But Mr. Khan’s repeated assertion over a period of months that he lacks information or knows nothing about the situation in Xinjiang even if scores of Pakistani nationals have complained about the disappearance of spouses and other relatives is wearing thin. Pakistani businessmen travelling last September to Beijing to petition for the release of their wives was headline news. Mr. Khan’s insistence that “I haven’t heard about that” is hardly a sustainable position.

Pakistani Women as UN peacekeepers continue to inspire me: US Diplomat