Sri Lanka steps up security ahead of Friday prayers 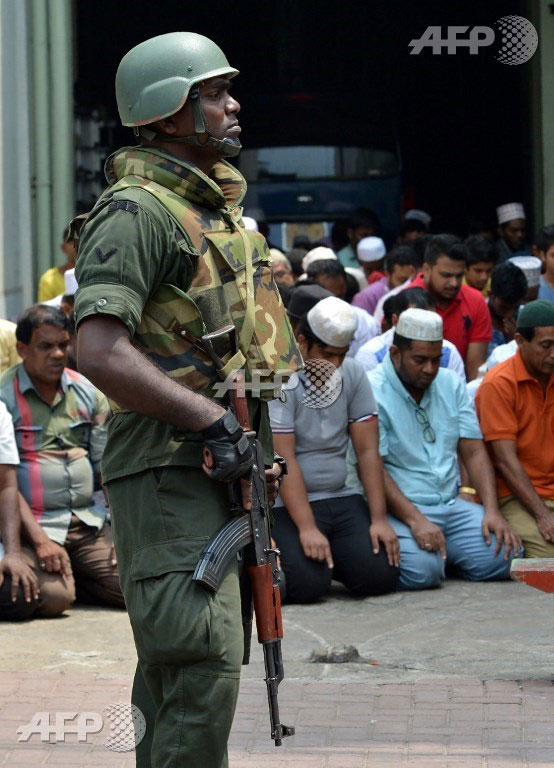 Sri Lankan troops and police stepped up security around mosques ahead of Friday prayers amid fears that anti-Muslim riots that have left three people dead could spread across the country.

Most Muslim-owned businesses in the island nation remained shut on Friday in protest at attacks by Sinhalese groups so far concentrated around the central city of Kandy, police and residents said.

The riots, which began on Monday after a man from the mainly Buddhist Sinhalese majority died from injuries sustained in an attack by Muslims last week, have destroyed more than 200 Muslim businesses, homes and vehicles.

Unrest escalated when a Muslim man was found dead in a burnt building on Tuesday, with an island-wide state of emergency imposed to curb the violence. Army chief Mahesh Senanayake visited Kandy on Thursday and promised an increased military presence near mosques nationwide.

“There is some fear among Muslims that they could be targeted on Friday… We will ensure their safety and security,” a military official quoted Senanayake as saying during his visit. Police said there were no major incidents overnight around Kandy, a popular tourist destination 115 kilometres (72 miles) east of the capital Colombo. A night curfew has been imposed in the city.

However, three boats belonging to a Muslim businessman outside the district were torched, police said. There were no casualties. There have been several communal clashes in recent years in Sri Lanka, where Sinhalese Buddhists make up 75 percent of its 21 million people. Muslims make up 10 percent of the population.

Sinhalese and Muslim groups jointly staged a demonstration outside the main railway station in Colombo on Thursday demanding tougher action against the attackers. The military maintained a heavy deployment in Kandy and schools remained shut, but authorities said they will reopen after the weekend.

Police said 85 people have been arrested, including a main suspect alleged to have instigated the riots. Suspects can be detained for long periods under the state of emergency.

Read more: “Sri Lanka’s struggle for peace and its lessons for Pakistan and…

Authorities have also blocked internet access across the district and disrupted Facebook and messaging platforms after police said they were used to instigate racial violence.